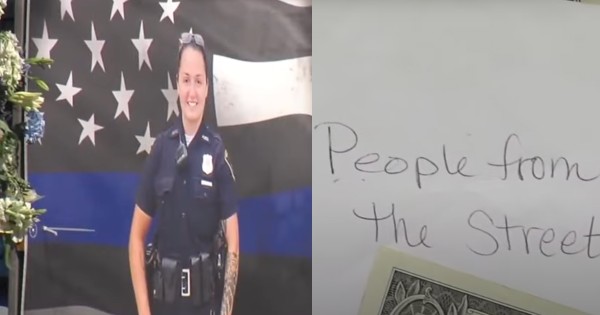 One woman went looking for her long lost father, and thanks to a DNA test and Facebook search, she found him!

Adrieanna Tyler found out at the age of 13 that the man she thought was her father was actually her stepfather. Since then, she has been wanting to find out who her biological father was.

"I was desperate to find my real dad; it always mattered to me," said Adrieanna.

Now, Adrieanna is 33 years old, living in Pittsburg, married, and has two children – Maximus, 4, and Preslee, 2. She decided to take a DNA test and ask for help from people running a Facebook group where they help others locate long lost relatives. She was hoping these steps would lead her to her dad.

This led her to finding out about her 47-year-old aunt, Kathie Johnson. And then she figured out that her biological father was a police officer living in Florida. "She said she'd put me in touch with my dad and I was so nervous!" shared Adrieanna. "How do you just call someone and ask ‘are you my dad?'"

"When he found out about me, he was so excited, and it was such a relief. I felt so vulnerable before, in case he wanted nothing to do with me," said Adrieanna.

The two spent the next month getting to know each other over the phone and having daily video calls. Then Joseph traveled from Florida to Pennsylvania to meet Adrieanna in person for the first time.

"We spent some time getting to know each other before finally meeting and it was just perfect. It felt like a dream," shared Adrieanna. "We bonded right away, and I finally feel I can start to heal now. Everything ended exactly how it was supposed to."

Adrieanna found out that she has two half-sisters around her age, and Joseph shared that meeting his third daughter was just incredible.

"It's been pretty amazing. God works in mysterious ways," shared Joseph. "At the time when Adrieanna came into my life, I was going through a tough break-up and I really needed that. That part of my heart got filled again when I found out about my daughter."

"It was very emotional. I cried all weekend," Adrieanna said about meeting Joseph. "It's not until you're stood next to someone that you realize how alike you look. To think I've been waiting my whole life for that moment. It was so worth the wait."

YOU MAY ALSO LIKE: Bystander Awed by Kindness of Teen Who Spots Elderly Lady Struggling to Fill up Tires with Air

The father and daughter are excited to start planning their future lives together and keep the family visits coming. What a beautiful reunion story!