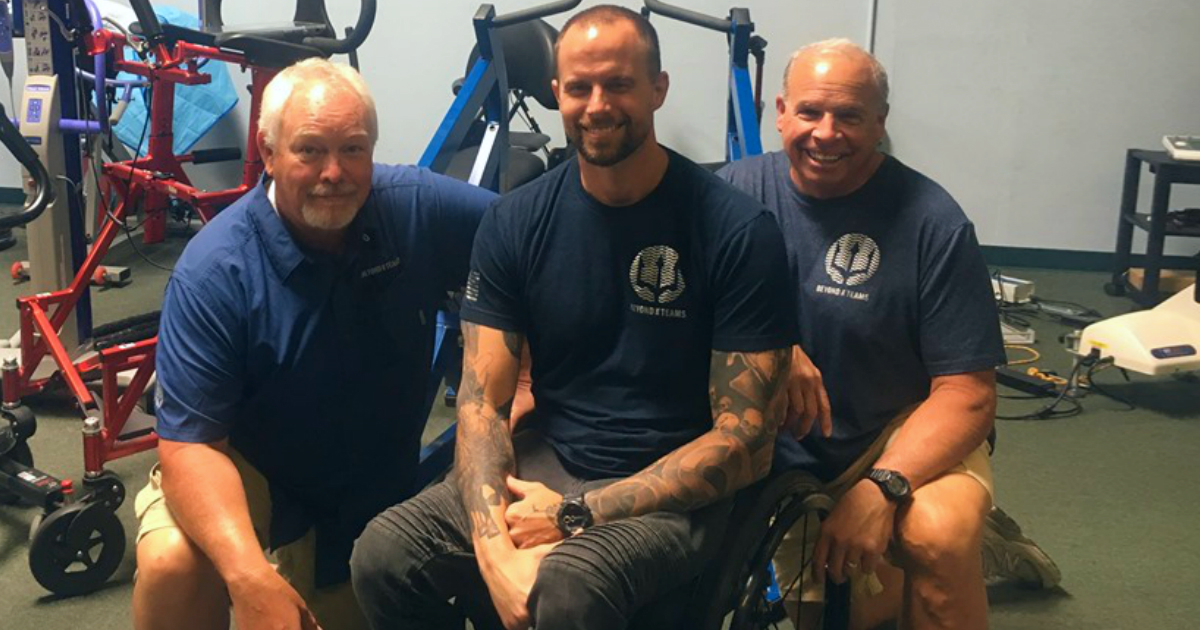 After a tense 100+ days in the NICU, a micro-preemie baby affectionately dubbed “Fighting Finn” is finally at home with his loving parents, Chris and Jessica Hill. And the happy ending to this inspirational short story just goes to show the power of prayer!

Before Chris and Jessica Hill of Florida became the proud parents of micro-preemie Finn James Hill, they were a couple fighting against all the odds to try and start a family. The two spent 9 years battling infertility and failed IVF cycles.

But then, Jessica and Chris decided to try something different. They adopted 8 embryos from another couple and tried again with IVF (in vitro fertilization).

Following the heartbreak of one unsuccessful pregnancy, the couple finally got their miracle!

Jessica was pregnant with twins and blessed with a new, special friendship with the couple who donated the embryos.

Most journeys involved hardships. And sadly, there were more in store for Chris and Jessica Hill. But God held this family in His mighty hands through it all!

Jessica and Chris Hill endured another heartbreak when they lost one of the twins Jessica was carrying at 10-weeks. Then, only 14 weeks later on May 21st, a blood clot broke Jessica’s water and forced her into premature labor.

"I started crying and asking my doctor, ‘What are his chances of survival if you take him out now?' " Jessica recalled. "The doctor said he was safer on the outside than he was inside."

Born nearly 4 months before his due date of September 6th, Finn James Hill arrived via c-section weighing only 1lb 2 oz, making him a micro-preemie baby.

What Is A Micro-Preemie Baby?

A premature child, or preemie, is any child born before 37 weeks of gestation. The micro-preemie definition is a baby who is born weighing less than 1 pound, 12 ounces or before 26 weeks gestation.

Medicine and technology have made huge leaps, but will never compare to God’s perfect design of a mother’s womb. These tiny ones haven’t had enough time to fully develop yet for “life on the outside”, making survival a true fight.

In the case of micro-preemie baby Finn, he spent more than 100 days in the NICU fighting for life. In fact, it earned him the nickname “Fighting Finn,” as thousands of folks from all over prayed for the family and followed his micro-preemie survival story on social media.

It was over a month before Jessica and Chris Hill got to hold their son for the first time.

"When his entire hand fits around your fingernail, it makes you realize just how precious life is," Jessica said of the amazing moment.

More blessings were to come, too.

Fighting Finn underwent surgery to fix a hole in his heart and to treat an illness in his intestines. He grew stronger and stronger each day and eventually moved away from using a ventilator.

The journey required Jessica and Hill to rely on their faith and on the support and prayers of others.

“That thing that you’ve been praying for… trying for and asking for… finally happened and then you say well, it’s not over yet because he’s premature and we don’t even know if he’s going to make it,” Chris said of Finn’s micro-preemie baby status.

Then, finally, the day everyone prayed for finally came. Fighting Finn got to head home with his loving parents!

After spending 113 days in the Neonatal Intensive Care Unit at Nemours Children's Hospital in Orlando, it was finally time for Finn to go home!

"It didn't hit me until we left and it was the three of us for the first time," Jessica said. "I knew we wouldn't have to take him back. It was everything we hoped and prayed for."

It’s a day the couple could never be sure would come. But they continued praying and trusting in God’s plan the whole time.

This micro-preemie baby fought against all the odds to survive. And while he still had hurdles to overcome, Finn’s story is inspiring people all over the world!

“Finn has already shown great purpose in his little bitty life and is showing many of us miracles do happen,” a friend wrote on the fundraising page set up for the Hill family. “He is teaching many how to pray with great faith again!”

You can check for updates on Finn’s progress on his Facebook page.