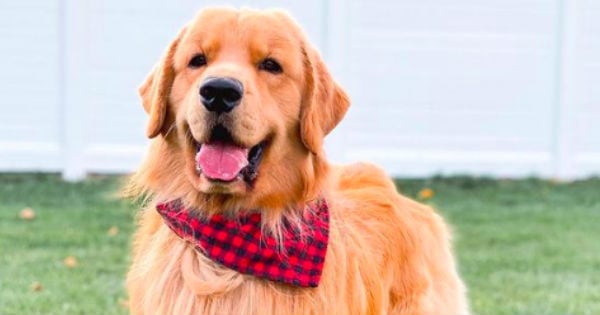 After 20 days, a missing dog found her way home by walking into the Walmart where her human, June Rountree, works!

A miracle occurred on register six at Walmart and it's not what you would expect. It wasn't super low prices and special coupons. It is a story of friends being united by only God's grace.

RELATED: Golden Retriever Dancing In The Backseat Has The Entire Internet Cracking Up At His ‘Moves'

Can you just imagine? How on earth could this dog, Abby, have known where her owner worked? How did Abby know where to look? And how did she manage to make it across two heavily trafficked roads that could have killed her? The truth: Only God knows. It's a miracle.

Abby, a four-year-old pitbull had been adopted by June when she was just a year old and later became a sister to Coco, a six-month-old Chiweenie. But one evening, Abby broke out of collar and went missing. June was horrified to see only Abby's collar and leash, which was secured to a ground stake when she came to bring her in. Despite her efforts of searching all that night, there was no sign of Abby, and June was beginning to lose hope.

Missing Dog Found By Walking Into Walmart Where Owner Worked

Three weeks later, an unlikely and perhaps miraculous turn of events left them convinced Abby has guardian angel or the smartest dog in town. Abby wandered into the store and kept looking up at the human passersby as if she were searching for someone, and then she found June!

"I called her name and she came to me," June said. "I bent over and hugged her, I completely lost it then, I couldn't speak, I was in complete shock and just couldn't believe it."

"I was like, ‘What in the world is happening?' " said Danielle Robinette, 42, a customer service associate at the Walmart. "I'm a huge animal lover, so I just followed her, and she ran up to register No. 6." Danielle added, "She looked up with tears streaming down her face, and said: ‘This is Abby. She's been missing for three weeks. I was just floored."

Danielle then snapped a few photos of the miraculous reunion and posted it to Facebook. It went viral! Although the details of Abby's three week disappearance will always remain a mystery, Abby is living proof God protects us, guides us, and brings us home!

YOU MAY ALSO LIKE: Glorious ‘Mary Did You Know' Performance by the One Voice Children's Choir Sets the Soul on Fire

God is our refuge and strength, a very present help in trouble. Psalm 46:1

WATCH: After 20 Days, Missing Dog Found Her Owner By Walking Into The Walmart Where She Works