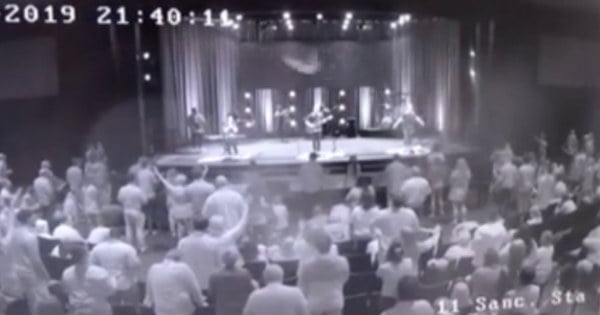 Savannah Phillips is already self-conscious when flying. So, when the mom is called a ‘smelly fatty’ by the man sitting next to her on the plane, she couldn’t hold back the tears. but what makes this inspirational short story so great is how an act of kindness from the passenger behind her saved the day!

Flying tends to make mother-of-two Savannah Phillips from Oklahoma self-conscious about her weight. So, she usually tries to book a seat by herself.

“I'm not the biggest person on the airplane, but I'm not the smallest,” Savannah explained on Facebook. “My worst nightmare is someone being uncomfortable because they have to sit next to me.”

Most of us would probably agree this lovely young lady’s fears are unwarranted.

Sadly, though, her worst nightmare ended up coming true in 2018 on a United flight from Oklahoma to Illinois when a stranger called the mom a ‘smelly fatty’.

Storms ended up rerouting Savannah’s flight so she wasn’t able to pick her seat like she normally does. And sadly, the man sitting next to her had some nasty things to say about her.

“The flight attendant started the safety speech and he got his phone out (with huge font and the screen brightness turned all the way up),” Savannah recalled. “His phone was maybe 12 inches from my face and he proceeded to text someone that he was sitting next to ‘a smelly fatty’."

The words on the screen hit Savannah hard. What’s awesome is she started praying for the man who was fat-shaming her. But she also couldn’t stop the tears that instantly popped into her eyes. And to make matters worse, the pilot announced a 30-minute delay before take off.

“I sat there unable to stop silently crying. I was scrunching myself up against the wall as far as I could,” Savannah said.

But someone else read the man’s cruel words, too.

Chase Irwin from Nashville, Tenessee was sitting behind Savannah and her bully. And he couldn’t watch such blatant body-shaming take place without doing something.

After reading the man’s cruel text calling the mom ‘smelly fatty’, Chase tapped him on the shoulder.

"We are switching seats. Now," Chase said to the surprised passenger. "You are texting about her, and I'm not putting up with that."

Chase just couldn’t stand watching this man write such mean things about the stranger beside him. And after they switched seats, he spent the rest of the flight speaking life into Savannah’s pain.

After Savannah Phillips shared the story on Facebook, everyone joined her in praising Chase for his brave act of kindness. But Chase was too humble to accept the accolades. He says he didn’t do what he did for any kind of publicity. He did it because it was the right thing to do.

“I was going to wait until the end of the flight to say something but I could not have this guy sit next to her this whole flight and her thinking he’s making fun of her,” Chase Irwin explained. “It really gets to me deep down when I see someone crying, and when I saw her crying it really hit me hard and actually got sick to my stomach.”

As for Savannah, Chase’s act of kindness restored her faith in humanity. And she knew God was behind the blessing of this special angel.

“I told [Chase] that yesterday at church, one of my favorite people on the planet, Jeff McMillon, talked about how God sees you. Good time, bad times, in a mess- your own fault or not- God sees you. And God saw me today,” Savannah said. “I told him that he was a blessing sent to me and how thankful I was that he was there.”

Unfortunately, the screens on our devices can distract us from that fact that our words carry the power of life or death. Chase could have easily sat in the seat behind the bully and not intervened. Thankfully, though, stood up for what is right. And his kindness is a true blessing for Savannah and for all who read about it!

YOU MAY ALSO LIKE: Flight Attendant Trusts Her Gut And Saves A Teen From Abductor

“The words of the reckless pierce like swords, but the tongue of the wise brings healing. Truthful lips endure forever, but a lying tongue lasts only a moment.” Proverbs 12: 18-19