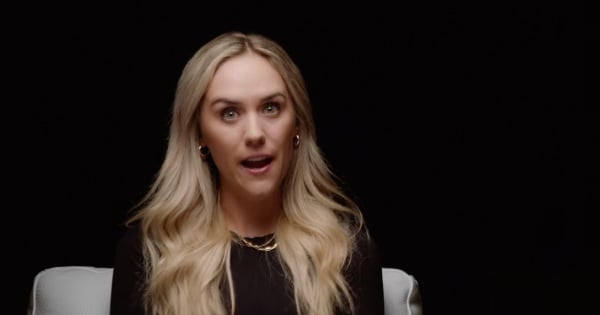 Naomi Judd’s death came just days before her induction into the Country Music Hall of Fame. So, Ashley Judd accompanied Wynonna Judd to the ceremony where they shared a Bible passage in their late mother’s honor.

News of Naomi Judd’s death on Saturday, April 30, 2022, shocked everyone and devastated her family and fans alike.

The 76-year-old Country music legend had been open about her struggles with mental illness. She spent a good deal of time traveling across the country speaking about her life-long battle with severe depression and anxiety. And though Naomi Judd worked hard at overcoming the darkness in her life, she admitted suicidal notions would come and go.

"I'm still trying desperately trying to help myself,” she said back in 2016. "Those thoughts of suicide don't come anymore. But I'm vulnerable. I know I can backslide."

Naomi’s hope in sharing her story was to raise awareness and debunk the stigma surrounding depression.

“It’s not a character flaw, it’s a disease,” Naomi explained.

Sadly, this disease got the better of Naomi Judd and the cause of her death was suicide.

“Today we sisters experienced a tragedy. We lost our beautiful mother to the disease of mental illness. We are shattered,” Ashley Judd, Naomi’s youngest daughter, announced on social media.

Naomi Judd experienced plenty of hardship before her rise to fame — childhood abuse, poverty, and rape, just to name a few. But in the 1980s, she and her oldest daughter Wynonna Judd, who was 18 at the time, formed The Judds.

The mother-daughter duo went on to enjoy immense success as Country Music artists. They had 14 No. 1 songs and each one of their singles made it as a Top 10 hit on Billboard's country charts. The Judds won five Grammys, nine CMA Awards, and seven ACM Awards alone between the years 1984 to 1991!

WATCH: The Judds Sing ‘Love Can Build A Bridge’ In Last Performance Before Naomi Judd’s Death

Naomi Judd’s death occurred just one day before The Judds, as the first all-female group, were inducted into the Country Music Hall of Fame. And in their mother’s absence, famous actress Ashley Judd joined her sister Wynonna in accepting this prestigious honor.

“I’m sorry that she couldn’t hang on until today,” a tearful Ashley said of her mom.

The Judds Inducted Into The Country Music Hall Of Fame

During the private Medallion Ceremony held in Nashville, Tennessee, The Judds were inducted into the Country Music Hall of Fame. It was a moment of both triumph and tragedy. And just as the Lord promises to be with us through every peak and valley, His presence could be felt as those present honored Christian celebrity Naomi Judd.

Fellow Country singer and Hall of Famer Ricky Skaggs delivered a speech just before the induction of The Judds. In it, he expressed his condolences and provided Biblical encouragement.

“All of Country music and all the people around the world that love your music and love The Judds are here praying for you guys,” he said. Ricky continued with, “I believe God’s given you an ink pen of His love to write your future.”

Next, Ricky Skaggs quoted Psalm 2:8: “Ask of me, and I will give the nations for your inheritance.”

He followed it up, saying, “There’s just so much God wants to bless y’all with.”

Then, after Ashley Judd gave her speech, it was time for Naomi’s daughter and the other half of The Judds, Wynonna, to speak.

Wynonna confessed the ceremony as the first place she’d been since Naomi Judd’s death. She beautifully described the experience of accepting an award while at the same time mourning the loss of her mother as “broken and blessed.”

“It’s a strange dynamic to be this broken and this blessed…But though my heart is broken, I will continue to sing,” she said.

RELATED: Tribute Sermon By Tony Evans Reveals His Wife Saw ‘A Glimpse of Heaven' Before She Died

Wynonna Judd then recalled the last thing they did as a family with her late mother.

“We all gathered around her and we said, ‘The Lord is my Shepherd, I shall not want. He maketh me to lie down in green pastures, He leadeth me beside the still waters.'”

Wynonna could have stopped there. But she didn’t. She continued citing Psalm 23, with Ashley Judd joining in, too. And it was a powerful reminder of the Lord’s presence and goodness through ALL circumstances.

Our hearts and prayers go out to the grieving family of Naomi Judd, including her husband, Larry Strickland. What a terrible tragedy. May the love of Christ shine the light of hope during this time of darkness.

Naomi Judd’s death reminds us that you never know what someone else may be going through. Even if it seems like someone has it all, they could be hurting deeply on the inside. Please show love and compassion to others. They may need your kindness more than you know.

YOU MAY ALSO LIKE: Wife Shows Unwavering Faith After Pastor Jarrid Wilson Ends Life: ‘Jesus Gets The Last Word'

If you or someone you love is facing this battle, please don't hesitate to call the National Suicide Prevention Hotline at 1-800-273-8255.

LISTEN: TobyMac Talks About The Grief Of Losing His Son | Mark Wahlberg Tells What He's Giving Up For Lent