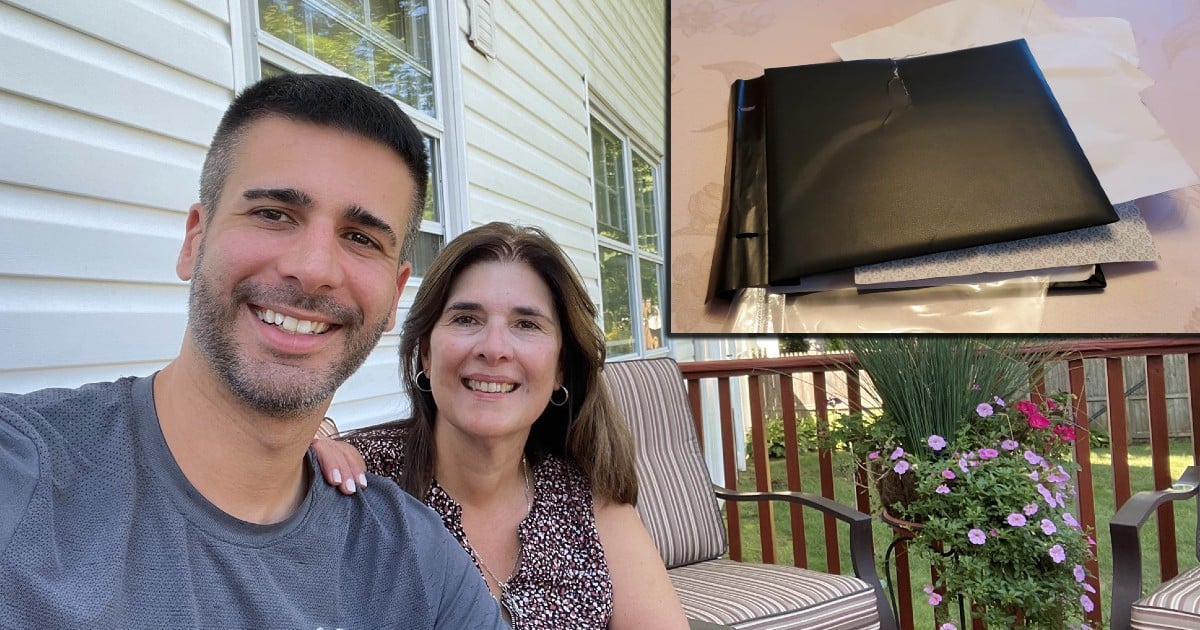 79-year-old Navy veteran Kenny Jary desperately needed a new mobility scooter. And when Amanda Kline, his friend and neighbor, found out, she turned to social media for help. But she never expected the unbelievable response that left Kenny in tears!

Kenny Jary has such a lively personality. You can’t help but break into a smile when he speaks. So, it’s really no surprise he’s become a social media sensation.

Yet, neither Kenny nor his friend Amanda ever expected his internet fame nor all the good that’s come from it. And this is one of those positive new stories that will help restore your faith in humanity!

Amanda Kline and Kenny Jary who live in Minnesota became neighbors and then friends. The two bonded as Amanda, who works with the deaf community, helped Kenny, who has a deaf friend named Jerry, learn some American Sign Language (ASL). Amanda even introduced Kenny to TikTok so he could show off his ASL skills as well as entertain with his charming personality.

But then God took this special bond and used it to do something amazing!

Kenny, a 79-year-old U.S. Navy veteran, relies on a mobility scooter to get around. He cannot walk too far or for too long. So without the help of the scooter, which he decked out in American flag adornments, he’s pretty much stuck at home.

One day, Kenny Jary’s mobility scooter began having problems. And things got worse when he discovered the vehicle was broken beyond repair. This was Kenny’s link to the outside world. And he teared up as he reminisced about how it helped him meet new friends like Jerry and Amanda.

WATCH: Kenny Opens Up About The Loss Of His Scooter

The news broke Amanda’s heart, too. So, she decided to share Kenny’s story on TikTok. She hoped maybe the video and a fundraiser might help Kenny get some kind of discount on a new mobility scooter. But she never expected the overwhelming response they got!

Amanda Kline shared Kenny’s story and started a GoFundMe page hoping for just a little bit of help. But in just hours, donations for a new mobility scooter poured in like wildfire. Within 24 hours, the page earned $5,000!

The generosity of so many strangers left Kenny Jary in tears. But the windfall of kindness had only just begun.

RELATED: Veteran Waited On New Wheelchair For 2 Years But Then Lowe's Employees Stepped In

“It grew in like two weeks. It just flew up there. Pretty crazy,” Amanda said.

The donations kept coming and before Kenny and Amanda knew it, they had more than enough for a new mobility scooter. In fact, Amanda surprised Kenny with two new scooters — one that is portable and another one that is heavy-duty.

“My angels took care of me. They did,” a choked-up Kenny Jary said.

WATCH: Amanda’s Quest To Get A New Scooter For Kenny

Donations continued to come in, eventually eclipsing $100,000. This not only helped Kenny Jary with a new mobility scooter. In an update, Amanda said she also planned some of the excess funds for a few other life improvements for Kenny — things like paying off debt, covering medical bills, and outfitting his home with more accessible furniture.

The kindness overwhelmed Kenny yet again. And he decided he wanted to share the generosity with a group near and dear to his heart – veterans.

Kenny decided to use part of the money from GoFundMe to gift a new mobility scooter to 10 deserving veterans. But God took Kenny’s goal and multiplied it!

Thanks to the continued generosity and the wholesale price of mobility scooters, Kenny increased his giveaway from 10 to 25 veterans!

YOU MAY ALSO LIKE: 95-Year-Old Veteran's Home Is Falling Apart After Son's Death Until Strangers Find Out

What an incredible story about kindness, one that reminds us of the gift of community and how we all have the power to help one another!

We tell the first veteran he's getting a free mobility scooter. JOYn us in the moment. ##scootersforvets ##kennyscooter ##joynthemoment ##fyp @gofundme

♬ Will to Live – Jacob Yoffee