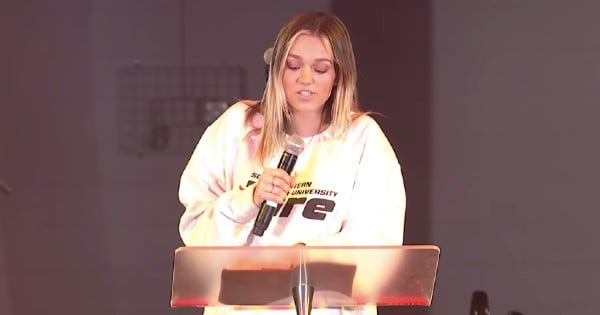 When his son passed away, a 95-year-old veteran was no longer able to make needed repairs to his own home. It was literally falling down around him until a group of complete strangers stepped in.

What can happen when family reaches out for help on your behalf? For Albert Guerra, 95-year-old World War II veteran, it resulted in an outpouring of community love and support.

RELATED: Dad Breaks Down After Hearing Son Paid Off His Mortgage And Then Dad Returns The Blessing

Having laid down his life in service of others, earning him a Bronze Star Medal and Purple Heart in WWII, Alfred has now also earned the present commitment of his fellow Purple Heart honorees and angels who came to his aid.

When Albert lost his wife to cancer, his family tried to help him keep up with the repair and maintenance on their aging home. And then Albert suffered another blow. His son, who was helping to tear out the home's interior, passed away from cancer as well.

With his home in a haphazard state, and uninhabitable, Albert moved in with his daughter. But this courageous man longed so much to return to the house he loved. He said he'd "pitch a tent" just to stay there.

When his daughter, Maria, reached out on Facebook for help, the community answered the call. In addition to San Antonio's Military Order of the Purple Heart, and nonprofits such as Broken Warriors' Angels and SRS Raise the Roof Foundation, Albert's needs were lovingly served by local organizations who joined this "mission of mercy."

The VFW Post 76, Department of Human Services, and Department of Military Affairs offered support, and a GoFundMe page hopes to secure remaining needs to make the vet's home livable, such as central HVAC.

Albert's daughter, Maria, told reporters, "It's heartwarming and very overwhelming to see so much help." More than a dozen veterans gutted the interior. And the roofing crew expressed that their business statement is "to give back."

Fred Alvarado with Broken Warriors' Angels explained, "It's veterans helping veterans." Fellow Purple Heart recipient, Tony Roman, says they want to "make sure he has a comfortable home to live." Tony also said, "as combat warriors, we leave nobody behind. And as veterans, we leave no veteran behind."

It's a labor of love to help a neighbor in need. And a beautiful demonstration of love from a family who knows a man's home is his castle while here on earth. Albert had already lost so much, his daughter wanted to reach out in faith to where our help comes from, for restoration. And help did indeed come.

Says Albert, in the inspiring video below, "I'll never forget what you did for me."