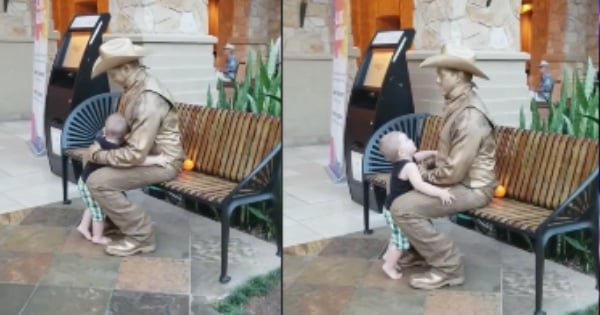 As news anchor parents Robert Burton and Jeannette Reyes navigated the new territory of parenting, they provided viewers with “updates” via their "Baby News Network." And these hilarious fake news reports ended up going viral!

At the start of the video, mom, Jeannette Reyes, gently picks up her sweet baby and says, "Good morning Bella, it is 9:52. I hope you slept well last night. Certainly, no one else did, but we're not going to point any fingers."

It is so funny. These news anchor parents share about how their videos have gone viral on the internet. They began posting humorous clips in the fall of 2020. They started with some "breaking news" that Jeannette was pregnant. Others encouraged them to do the anchor voices with their newborn daughter.

Suddenly, the couple was recognized by many very quickly with their humorous reports with their baby girl.

The news anchor parents have done videos such as "diaper explosions." Jeannette tells of the suspect being in custody as the camera zooms in on their little girl. Robert Burton and Jeannette Reyes are both news anchors, and they share videos to laugh through all the difficulties in life with an infant.

Jeannette covers the "breaking news," and Robert shares the "weather report." This family is great in front of the camera and brings laughter into life’s frustrating and tiring scenarios. They are relatable to new parents and fun to watch no matter who you are.

News anchor parents Robert and Jeannette remind us not to be too hard on ourselves. We will make mistakes, but thankfully we have been given grace upon grace in Jesus. We can find rest in Him each today as we learn new things and live dependent on His Spirit.

YOU MAY ALSO LIKE: Funny Dad Has Press Conference & All Parents Can Likely Relate to the Kind of Day He's Had

"For from his fullness we have all received, grace upon grace." John 1:16