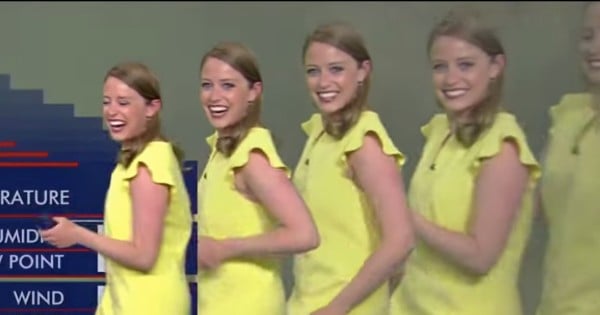 News anchor mom Kayla Sullivan gives a hilarious “report” on the tantrum her 2-year-old threw at Olive Garden. And her commentary has the entire internet cracking up, as well as parents shouting “Amen!”

Parenting is certainly one of the most rewarding “jobs.” However, it’s anything but easy!

RELATED: Funny Dad Has Press Conference & All Parents Can Likely Relate to the Kind of Day He's Had

In a TikTok video garnering millions upon millions of views, Kayla reported “live” from outside her son’s bedroom. She joked he was being “detained” until naptime was over.

With the polished poise of a professional, the news anchor mom recounted how her “2-year-old terrorist” held her hostage at the restaurant while screaming for ketchup. Kayla says the incident occurred despite taking all the proper precautions, which included packing her son’s favorite snacks along with risking “judgment from other moms” by bringing along an iPad.

For anyone who’s ever endured the wrath of a toddler, the situation is so relatable. Therefore, it’s no surprise Kayla Sullivan’s video struck a chord with parents and went viral over social media.

The fun didn’t stop there, though. As the popularity of the fake news story turned her son’s tantrum into a real news story, Kayla Sullivan continued providing hilarious updates.

WATCH: Kayla Sullivan Provides Tips For What To Do During Toddler Tornado

It’s important to note the videos from this news anchor mom are intended as comedy.

“He is not really a 2-year-old terrorist,” Kayla Sullivan admitted in an interview. “He’s actually a big sweetheart. But he is a toddler. So sometimes he does throw tantrums in public.”

Indeed, anyone who has ever worked with or raised children knows meltdowns simply come with the territory. And sometimes the best way to relieve the stress of the moment is through humor.

YOU MAY ALSO LIKE: Hilarious Declaration From Little Kid On Toilet Has Dad Laughing So Hard He's In Tears

God bless Kayla Sullivan for her hilarious news reports that help remind us parents that we’re not alone!