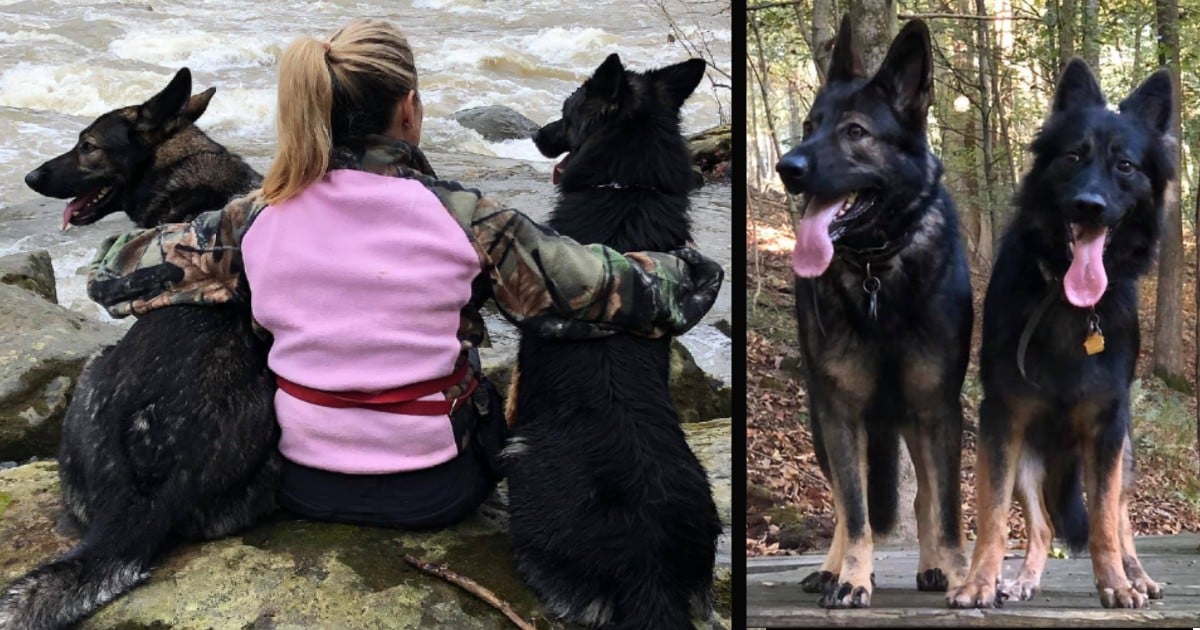 During a live news broadcast about a stolen dog, Juliana Mazza of Boston 7NEWS spotted the thief and helped rescue the missing pet.

Of all the people to find the stolen dog, the woman reporting on the story by chance happened to be the heroine. And of all the times for the rescue to occur, this one happened while on the job. Juliana Mazza, a Boston 7NEWS reporter got a bad feeling when she saw a man walking a dog. This occurred just before she was about to go on air and report on the story of a missing dog.

RELATED: Man Gets The Call That His Stolen Dog Was Found And Runs 2 Miles To Reunite With Her

The man and dog stuck out in Juliana’s mind because the dog closely resembled the one described in her report. The match was a bit too close, a perfect match actually.

The dog had gone missing previously from a parked car in Cambridge, Massachusetts. Titus was the name of the missing pet, a German Shorthaired Pointer. The dog looks remarkably beautiful and would definitely stand out for most people.

Police reported that the man broke into the car on a Friday around 12:30 pm, taking the 13-month-old dog. Later, cameras captured images of the stolen dog and suspect.

Yesterday at approximately 12:32p, an unknown suspect broke into and entered a vehicle that was parked at 620 Memorial Drive & stole a 13-month-old white German Short Haired Pointer out of the vehicle. The suspect was then observed walking the dog over the BU Bridge into Boston. pic.twitter.com/titQ0WvPMM

Juilanna Mazza's quick thinking is what ultimately led to the dog’s rescue. She motioned to the cameraman to start rolling footage. Then she approached the young man under the guise of wanting to pet the animal. Who wouldn't want to pet such a pretty dog?

With the man and dog on camera, she began asking the stranger questions about the animal, questions he seemed to struggle to answer. With a changing story and weak answers, the news crew had seemingly caught a thief. Someone on their team phoned the police and they handled the rest.

Crazy enough, not only does Titus look identical to the stolen dog in the police photo, but the man is dressed seemingly exactly the same too. A black mask, jacket, and jeans. He must not be into disguises.

#ICYMI: I HAD to repost this story told by the lovely @MeganAlexander of @InsideEdition ! It aired last night after #7News at 6pm! pic.twitter.com/KvW176Q6xQ

The dog's owner was delighted to be reunited with Titus. They said, "I'm just glad that the person came back and I'm just glad that you guys were there. If anyone ever sees this who questions the value of media, social media, broadcast media, this proves it."

YOU MAY ALSO LIKE: Internet's In An Uproar After 93-Year-Old Veteran's Beloved Dog Is Stolen

LISTEN: Son Hands His Work-From-Home Mom A Drawing And It Broke Her Heart
CNN Reporter Sara Sidner Breaks Down On Live TV After Funeral Held In Parking Lot