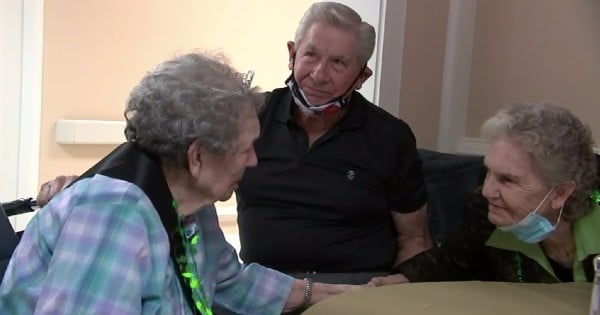 100-Year-Old Grandma Gets To See Family For 1st Time In A Year, Just In Time For Her Birthday
Read Article »

One little boy who has been battling cancer got a special birthday surprise from the North Miami Police Department. They were able to make his dream come true and swear him in as a police officer!

Jeremiah is a 5-year-old boy who has been battling neuroblastoma cancer. And recently, he was able to see one of his dreams come true – becoming a police officer. Chief Larry Juriga was the one to swear him in and make his birthday wish come true, making Jeremiah the youngest North Miami police officer.

RELATED: Cameras Rolled As Police Officer Realizes the Student He Pulled Over for Speeding Needs Help

“For over a year, Jeremiah has been battling High-Risk Stage IV Neuroblastoma Cancer, but with prayers and treatment, Jeremiah was recently proclaimed to have no evidence of the disease," said the North Miami Police Department in a statement. "He still has a battle ahead and must continue treatments, so he does not have a relapse. That battle should be easier as Jeremiah received some superpowers today!”

What an awesome moment that Jeremiah will always be able to cherish. But the birthday celebrations didn't stop there. Next, Jeremiah went to Heroes Hangout, which is a space where young cancer patients can play and have a good time in a sterile environment.

"When the kids come in, there's no cost to the families whatsoever for anything here or to attend, and they can take home as many toys as they want," said Silvia Dominguez-Vanni, the co-founder of Heroes Hangout. "It's a really fun and magical place to forget what they're going through each and every day."

YOU MAY ALSO LIKE: Heroic Veteran Runs Straight Into A Burning House Despite Having Lung Issues

We hope that little Jeremiah had the best birthday, and we pray for him as he continues his treatments.