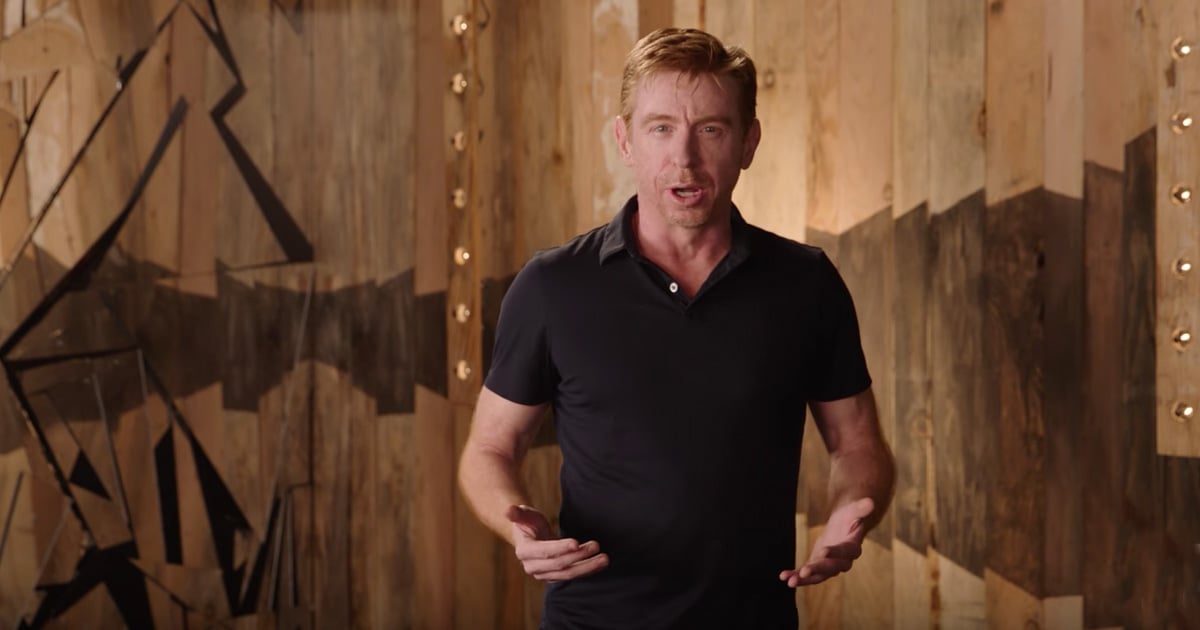 In 1963, Julie Mannix’s parents wanted her to terminate her unexpected pregnancy. And when she refused, they put the pregnant girl into a mental ward and took her baby away. But Julie shares how, years later, God made everything right!

From the outside, life with Julie’s wealthy family sounded glamorous. But in reality, she says her parents spent most of their time traveling around the world, dropping Julie off at various boarding schools or hiring women to care for her and her brother.

“I learned how to live with my strange and glamorous parents, how to admire them but keep out of their way,” she recalled.

RELATED: One Woman's Fight To Escape Her Arranged Marriage To A Violent Man

By 1963, Julie was a beautiful, 19-year-old debutante from Philadelphia. She was young and in love with a boy named Frank — “a 23-year-old Jewish kid from the Bronx.” 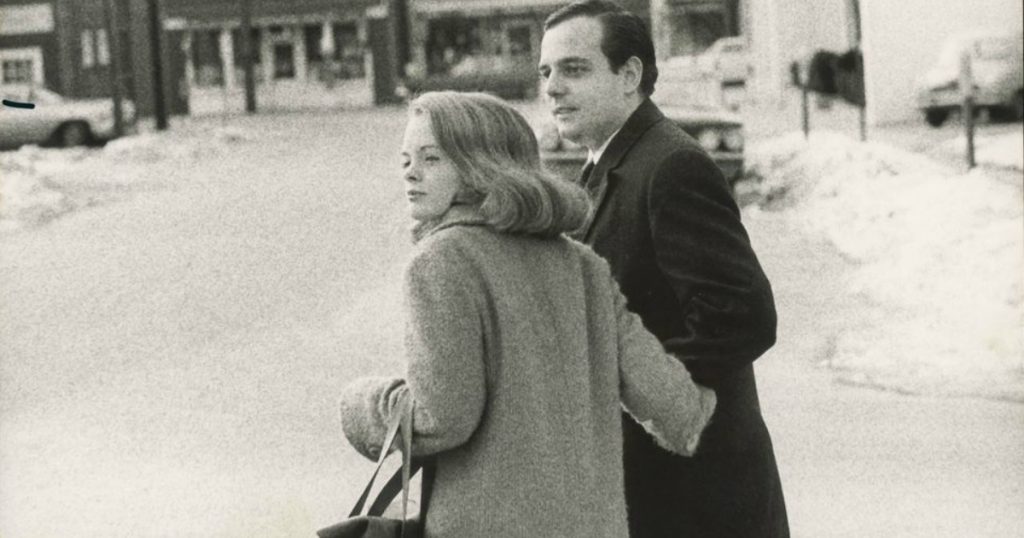 Her rich parents didn’t approve. And at a visit with the family gynecologist, the doctor discovered something Julie didn’t even know yet. She was pregnant.

Rather than tell Julie, the doctor shared the news with her parents, who were mortified by the prospect of their daughter having a child out of wedlock. Abortions were illegal at the time unless the pregnancy threatened the mother’s physical or mental health. So, Julie’s parents forced the pregnant girl into a mental ward, where the abortion could be performed legally.

Despite the tremendous pressure from her parents, Julie refused to sign the abortion papers. So, they moved her from the private psychiatric facility to a state hospital for the mentally disturbed and criminally insane. Yet, Julie refused to let the terrifying surroundings change her mind:

“I just desperately wanted my child - a baby conceived in love, with a man I loved - to live. I had no idea what would happen to my baby, or to me, as a result of my decision. But I’d never felt such conviction before.”

So, after putting the pregnant girl into a mental ward, they left her in the state hospital for months until she gave birth on April 19, 1964. Julie wasn’t allowed to hold her healthy, baby girl. But that didn’t stop her from fiercely loving the precious daughter she named Aimee — the daughter she was forced to give up.

“As I signed the adoption papers, my heart ripped apart. I put down the pen, turned away, and, on shaky legs, I left my baby behind,” she recalls.

After the traumatic ordeal in the mental ward, Julie broke free from her parents, moving to New York City. There, she made her own way, pursuing an acting career. With her daughter always on her mind, Julie tried contacting the adoption agency for updates on Aimee. But the records were sealed.

Meanwhile, she and Frank reconnected. They were still very much in love. With Julie’s parents no longer standing in the way, the two married.

But it wasn’t just Frank and Julie God planned to reunite. The couple talked often about Aimee. On April 19 of every year, the two of them celebrated her birthday. And while it wouldn’t come until later, God would bring this broken family together again.

The Lord says “vengeance is Mine” (Romans 12:19). And He gave Julie the greatest revenge of all. Years after her parents tried so hard to keep her from the man she loved and their treasured daughter, God brought them all back together!

Julie didn’t know it yet, but God had answered her prayers over her daughter’s life. A loving family adopted Aimee, and she became Kathleen Marie Wisler. She was a blessing to the couple, who had waited 10 long years for her.

Unlike Julie’s upbringing in a wealthy but distant family, Kathy and her adopted siblings were close and deeply loved. Sadly, Kathy’s adoptive mom passed away when she was six. A victim of the recession, her adoptive father lost his job and things were tight. But it only served to bring her family closer.

It wasn’t until Kathy was grown and had her own children that the desire to find her biological parents took root. She requested her background information from the agency that handled her adoption and began looking.

Her online research brought her to Julie Mannix’s actress page on the Internet Movie Database (iMDb). There, Kathy learned Julie was married to Frank, a TV producer. She wrote a letter to the couple, which led to a blessed reunion. 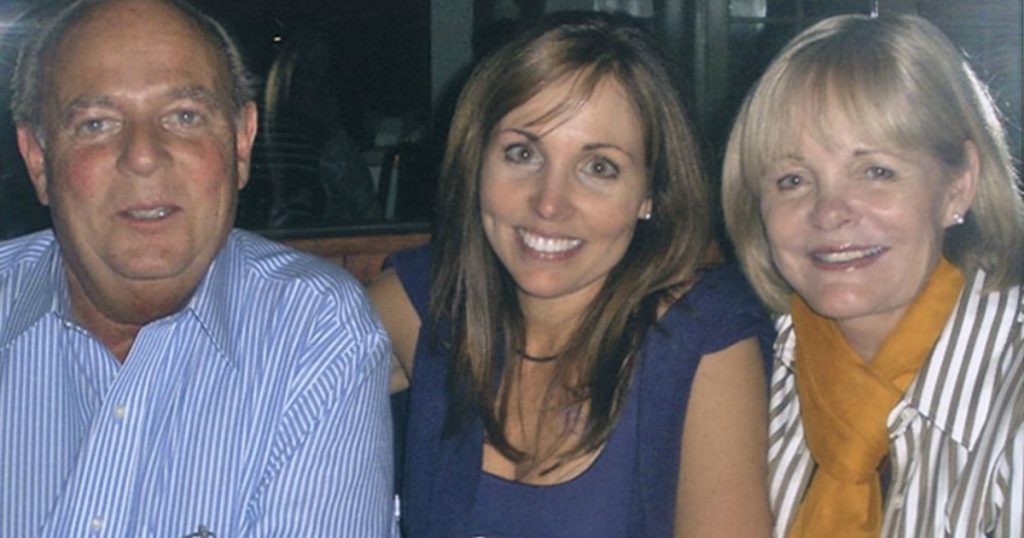 “I never imagined I would feel like a daughter again,” Kathy said. “And yet here I am, cherished by two strong and thoughtful parents who worry when my kids are sick and who call for no reason. I feel as though we have never been apart.”

“And I will restore to you the years that the locust has eaten, the cankerworm, and the caterpillar, and the palmerworm, my great army which I sent among you. And you shall eat in plenty, and be satisfied, and praise the name of the Lord your God, that has dealt wondrously with you: and my people shall never be ashamed.” Joel 2 :25-26

YOU MAY ALSO LIKE: Teen Walks Into Hospital With A Shoebox, Then Nurse Sees 3lb Baby Inside