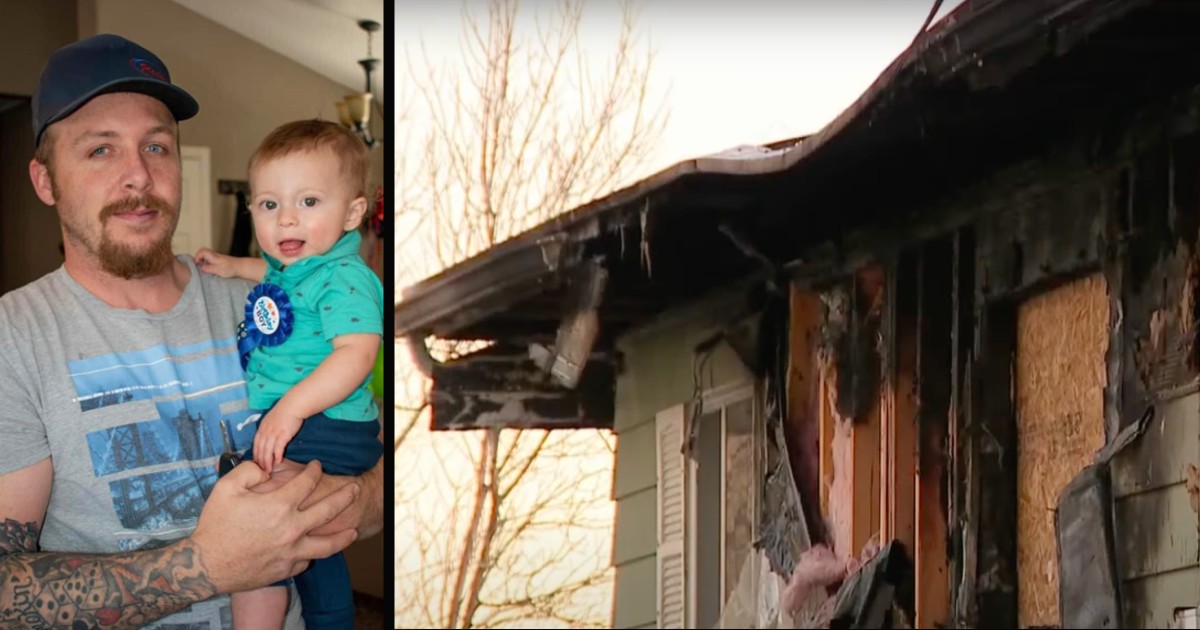 Rogersville Police Officer Tyler Dison vowed to save a 3-year-old trapped in an apartment fire, no matter the cost. So, even with his uniform melting, the brave officer refused to flee until the child inside was safe.

24-year-old Tyler Dison of Alabama was just wrapping up his overnight shift when a desperate call came across the radio. An apartment had caught fire and the dispatcher reported a 3-year-old child trapped inside.

Though firefighters were on the way, Tyler knew he could get there sooner. And so, the Rogersville Police Officer raced to the scene determined to help.

"I gotta save this child at all costs," he vowed.

When Tyler Dison arrived at the apartment complex, he saw flames shooting out of the windows. The Rogersville police officer gave no thought to his own safety. Instead, he rushed into the flames, desperate to save the 3-year-old trapped inside.

Barging into the apartment filled with flames and thick, black smoke, Tyler immediately began searching for the child. The heat had to be unbearable but the brave officer refused to give up until, at last, he located the child.

Officer Dison raced out with the 3-year-old boy in his arms, taking the toddler to his police car. The brave hero then drove to meet the ambulance halfway so the boy could receive medical attention as quickly as possible.

“If I hadn’t done something, that baby would surely of died,” Officer Dison explained. “His breathing was very shallow, he was very lethargic. He was groaning, he wasn’t really responding.”

But the Rogersville police officer didn’t escape the blaze unscathed.

RELATED: 2 Brave Officers Pull Man from Burning Truck Just in the Nick of Time and Cameras Caught It All

“Officer Dison sustained burns to his arm and actually melted his uniform from the heat,” reported the Rogersville Police Department.

However, none of that mattered to Tyler Dison. All he cared about was saving the 3-year-old. And thanks to the courage of the Rogersville police officer, the little boy got the help he needed and is going to be just fine.

This call was unlike any Officer Tyler Dison had ever experienced. Even so, when he arrived at the scene, Tyler’s past training combined with his deep desire to save lives told him just what to do.

“I grew up in this town, I want to protect it always,” he said.

There’s no doubt God had His hand all over Officer Dison and the 3-year-old boy he was sent to save. And now, folks all over are praising the Rogersville police officer for his selfless actions.

YOU MAY ALSO LIKE: Brave Mom Tosses Son From Car Just Moments Before It Caught Fire

“He did what were out here to do, protect lives, saves lives,” Police Chief Brian Hudson said.