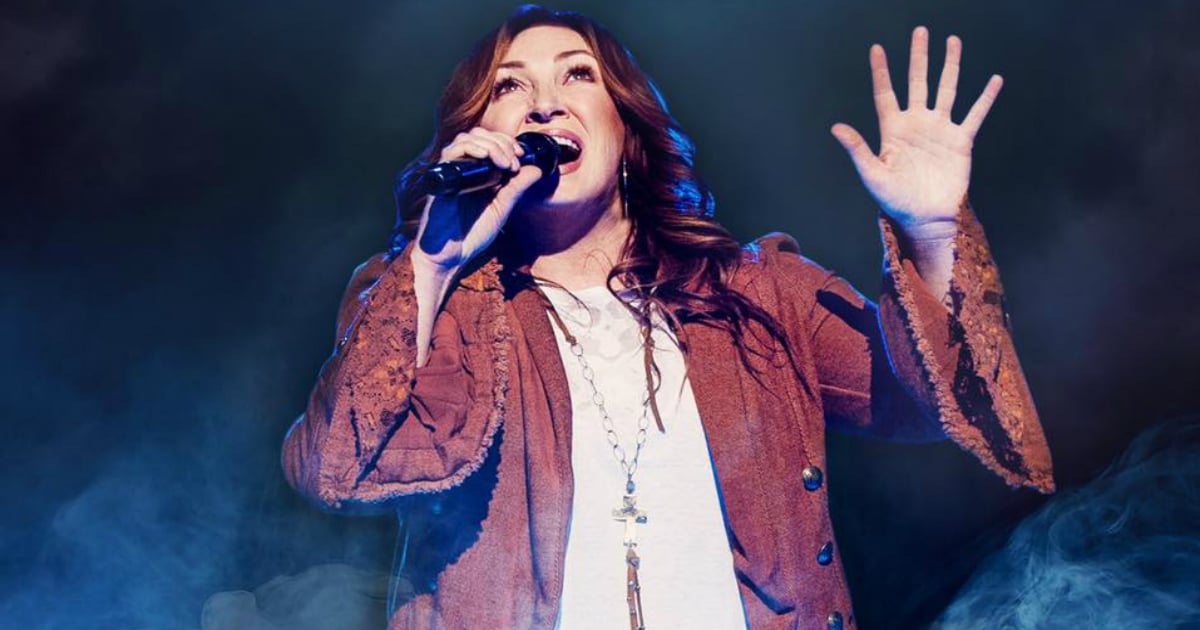 Christian celebrity Sadie Robertson is engaged. And just wait until you hear how fiance Christian Huff proposed. But what happened when the couple slipped away together at the engagement party is simply too good to miss!

The popular show Duck Dynasty may have turned the Robertson family into a household name. But 22-year-old Sadie Robertson has certainly made a name for herself all on her own.

The young Christian celebrity and social media influencer has dedicated her life to inspiring others by spreading God’s Word. And it’s been amazing to watch her grow into a powerful woman of God.

Here’s everything you need to know about this huge announcement.

Who Is Christian Huff?

Sadie Robertson is engaged to Christian Huff, age 21. He’s no Hollywood celebrity or big wig. By all accounts, Christian appears to be a down-to-earth college student pursuing a Bachelor’s of Science at Auburn University in Alabama.

Born to Cheri and Chandler Huff on June 9, 1998, Christian Huff’s parents raised him and his brother Chance in Niceville, Florida. At some point, the Huff family became acquainted with the Robertson family.

Above all, Christian is also deeply committed to his faith. Much like Sadie, he seems intent on inspiring others. On his Instagram account, Christian often highlights Bible quotes and talks about his faith and his family.

In fact, Christian’s deep love for God the Father is one of the primary things that drew Sadie to him!

“His pursuit of the Lord caught my attention me before He started to pursue me,” Sadie Robertson explained. “I saw the way his eyes were so captivated by God who is love and I felt the fruit of that fixation when he spoke to me.”

How Did Sadie Robertson Meet Her Fiance Christian Huff?

“I had waved the white flag and said, ‘I'm done!’,” Sadie explained in a post on her blog, Live Original. “I had become so frustrated and discouraged with months of dating and trying to figure out if he was the ‘one’ only to end it all in a breakup.”

Sadie decided she’d take a six-month break from dating and let God decide when she was ready for “The One.” The very next day, He introduced her to Christian Huff.

“Yes, it's ironic that I met Christian the very next day! The day after my surrender!” Sadie says.

Nearly a year later, Sadie Robertson is engaged to the man she never expected to meet! And the irony of God’s timing gets even better.

As it turns out, Sadie was friends with Christian’s cousin long before the two ever met.

Sadie Robertson tours a lot for her role as a public speaker. And in 2017, her schedule caused her to miss out on a family trip to Florida. That’s when Sadie’s sister, Bella, and circle of friends really got to know Christian Huff and his friends.

A year later, Bella and Sadie’s friends took another summer trip to Florida. And this time, Sadie joined.

Christian’s cousin reached out to Sadie about the group of friends and family getting together. Sadie agreed, putting her and Christian in the same place at the same time. And the rest, as they say, is history!

WATCH: Sadie Shares The Story Of How She And Christian Met

Sadie shared yet another lovely surprise in the Spirit-led love story between her and Christian.

After meeting Christian Huff in the summer of 2018., Sadie Robertson decided to start following him on Instagram. But when she logged on to do so, she received an incredible blessing!

Apparently, long before he and Sadie Robertson got engaged or even met, Christian reached out to Sadie on Instagram. He sent her a heartfelt message all the way back in 2017. But Sadie wouldn’t see his words of encouragement until years later.

In January 2017, Christian wrote, “I think it’s awesome what you’re doing with the gifts God’s given you! You’re such an inspiration to me and I love the way you spread the Gospel. You’re also the most beautiful person I’ve ever seen. Keep it up because you’re impacting and touching lives more than you know!”

In honor of my new blog – Who am I going to marry?!? – The first in a series I'm calling, Things In Life I Overthought 🙃 I wanted to give y'all a glimpse into Christian and I's relationship before we started posting on the gram of days and moments that are special to us ♥️ these are some of the days that got us to where we are now! If you are waiting on the person God has for you go read my new blog 🙂 I hope it encourages you to trust what God has for you is the absolute best and in His timing it will be the best surprise!

Seeing Christian’s kind words after their meeting at the beach prompted the two to stay in touch, which seamlessly transitioned into dating. And clearly, God had been sowing the seeds for their love story years before either of them knew it!

Sadie Robertson admits she has a huge love of birthdays.

"Birthdays are my favorite thing ever,” she says. “Not just my birthday - everybody's birthday.”

As it turns out, Christian Huff shares a birthday week with Sadie Robertson, who was born June 11, 1997. And so, the two decided to plan a joint birthday party together.

Sadie knew she and Christian would get engaged one day. For starters, they’d talked about it as a couple. Plus, Christian had sought permission from Sadie’s dad.

But the former Duck Dynasty sweetheart had no idea Christian had decided to propose at their joint birthday bash!

The huge birthday celebration was a blast.

“Even before the engagement, I looked at everybody and was like, ‘This is the best day of my life!',” Sadie says.

Friends and family from all over showed up at the Robertson family farm in Louisiana on June 9, 2019 — Christian’s birthday.

“We decided we were going to do a giant summer Olympic competition with two big teams,” Sadie said. “All day long was just so fun. We played games and competed.”

But after swimming in the pond after all the games finished, Christian Huff asked Sadie Robertson to go put on her favorite outfit. Clearly, this day was more than just a huge birthday party. It was the couple’s engagement party!

Sadie And Christian Slip Away From The Party

When Sadie Robertson got to her room, Christian’s mom and Sadie’s mom and sisters were all there waiting to help her get ready.

RELATED: Surprise Proposal On American Idol During Hollywood Week Catches Everyone Off Guard

“I started crying already and we were all crying; we were so happy. . . We prayed together and we talked about how exciting just everything is," Sadie recalled.

Once she was ready, Sadie Robertson came downstairs to find Christian and all the family waiting for her downstairs. The couple’s favorite song was playing and Christian presented Sadie with a stack of letters — each one written by an immediate family member.

Christian then led Sadie out to her Bronco, which was waiting outside. He drove her to the family’s farmhouse, where a chair, blanket, and torches were set up. And together, the two thanked God for this special moment He had ordained long ago.

“We sat down to pray for our relationship. We even prayed over the ring,” Christian recalled. “The moment was so full in the spirit. We both had never felt every fruit of the spirit like we did that day, in that moment.”

After that, Christian popped the big question.

"He proposed to me and of course I was so excited. I literally screamed ‘yes' and he picked me up and it was absolutely perfect," Sadie Robertson recalls of getting engaged.

But Christian had even more in store for his future wife!

Celebrating Two The Lord Brought Together

A projector was already set up at the barn. And after Christian Huff and Sadie Robertson got engaged, they sat in the back of the Bronco and watched a video Christian had put together.

Christian had Sadie’s favorite snacks on hand. And together, they watched a compilation of photos and videos of their journey as a couple.

“So we got to sit there and enjoy our little moment of being just me and him together and our life before we came back to the party," Sadie said.

After that, Sadie Robertson and Christian Huff returned to the party and celebrated the rest of the night with their friends and family.

YOU MAY ALSO LIKE: Woman Thinks It's Date Night, Then Finds Out It's Her Wedding

Sadie’s and Christian’s joy is evident in the photos from the big day. And the couple is continuing to use their beautiful love story to bring glory to God.

“We are both here, not because of anything either of us did, but because of God's faithfulness and kindness toward those who love and serve Him,” Christian wrote in a blog post detailing their engagement day. “We serve an amazing God who loves us relentlessly and will stop at nothing to draw us near to Him. I hope you see a glimpse of His love through the way Sadie and I love one another.”

We certainly pray God will bless this union and that Sadie Robertson and Christian Huff will enjoy a lifetime of happiness!

Christian made sure to have cameras hidden about in order to capture the touching proposal. You can watch the beautiful video below!

I screamed YES. so many words and so many more pictures to come, but for now just know my friends I'm the happiest human in the world on June 9th, 2019 today and for the rest of my life. I GET TO MARRY THIS MAN. God is faithful and so so good♥️

“The steps of a good man are ordered by the Lord: and He delights in His way.” Psalms 37:23