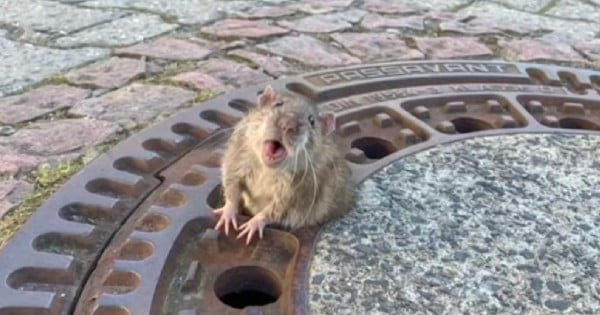 When Kelly Fitzsimons first rescued Walt, he showed signs of a scared dog, including refusing to make eye contact. But once his new human earned his trust, this sweet pup learned to love again. And just wait until you see him now!

Most dogs naturally love to socialize with people. Even shy dogs have their person that they want to be around. But this poor pooch had no idea that people could be his friends. His behavior showed signs of a scared dog who’d lost his faith in people.

On his way to his new forever home, Walt, the hound mix, stared at the floor with his head hanging. His body was pressed against the car door as if he was trying to find a place to hide. The leash didn't scare him much, but Walt did not want to step into the strange house.

The signs of a scared dog suggested the poor thing was used to betrayal and distance. And now all of a sudden, this mom and daughter want to give him all of the love in the world.

Walt's new furry sibling couldn't contain her excitement and wiggled all around him. She couldn't wait to start playing with her new friend, but he still closed himself off from her and the humans.

RELATED: Rescued Dog Terrified Of Human Touch Until Woman Showed Him What Love Is

His new mom, Kelly, said, "He sat and stared at the wall for hours. And even when I touched him to comfort him, he was cowering away from me because he was afraid I was going to hurt him."

Slowly, Walt no longer showed signs of a scared dog. He got more comfortable exploring his new home and even greeting the people that live in it! Kelly said that she knew Walt felt safe when he started to put his head in her lap or under her hand because he wanted a pet.

He eventually learned how to play like a dog and would challenge Kelly by jumping toward her wagging his tail. She would jump back toward him, and he'd take off running around their back yard only to come back and do something over and over again.

Walt's new sister loves sharing a bed with him so they often snuggle in one bed. And Walt’s signs of being a scared dog are long gone. He truly seems like he's grown to trust his new family with his life. Walt now knew what warmth and love felt like instead of being neglected.

YOU MAY ALSO LIKE: Dog Scared Of Thunderstorm Gets Comforted By His Toddler Bestie And Folks Can't Handle It

God bless Kelly and her family for giving Walt a home, and may they have endless happy days together!

LISTEN: Couple Died Hours Apart Holding Hands After Beautiful Marriage Spanning Half A Century | Dog Dumped in Parking Lot of Shelter Inspires All As He Goes from Hopeless to Defying All Odds