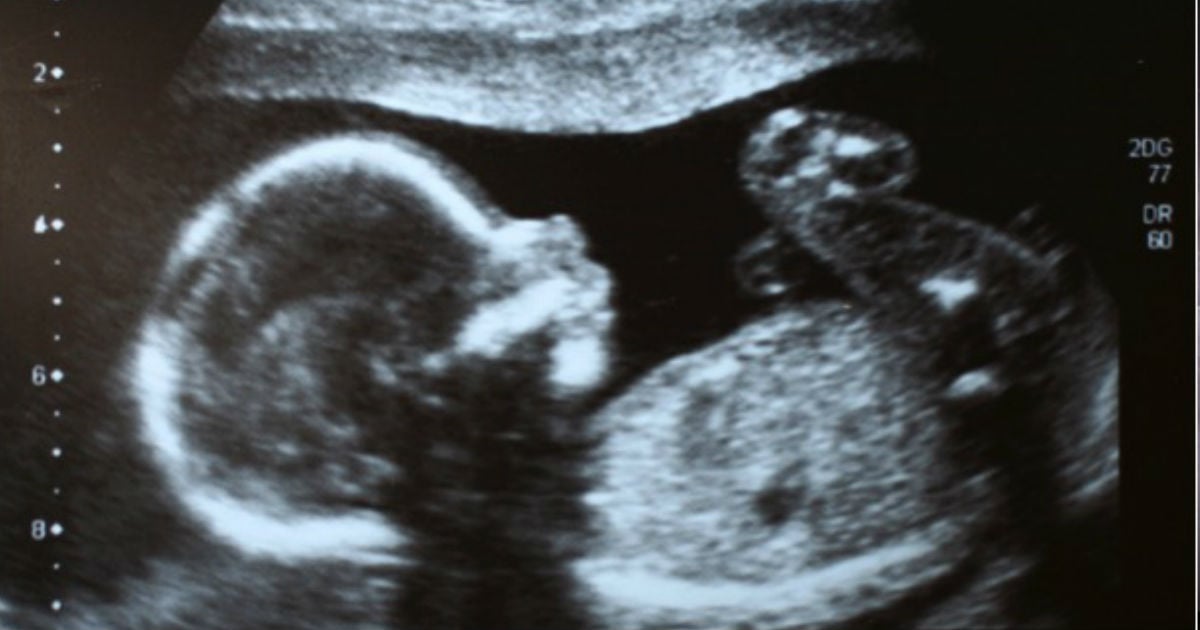 This Mom Was Ready To Abort, Until God Sent A Sign At The Clinic
Read Article »

Put Yourself In Someone Else’s Shoes 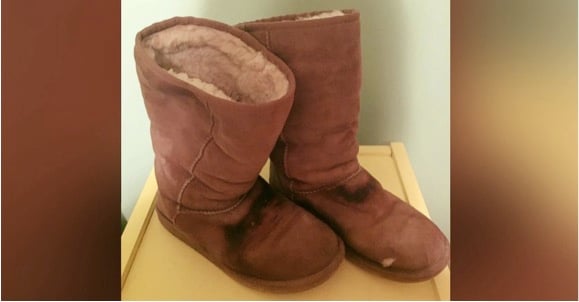 This pair of old, worn boots is going viral. Why, you may ask? These ragged boots used to belong to a woman living on the streets of Chicago. But then God called a stranger to do something extraordinary. And now, these boots are an example of what being the hands and feet of Jesus looks like!

Kelly McGuire and her husband were in Chicago for a football game. They thought the game would be the highlight of their trip. But God had much bigger plans for them!

I don’t normally post things like this because I try to be kind in private rather than making these things public. I’m just feeling especially convicted tonight and want to share a story with you. 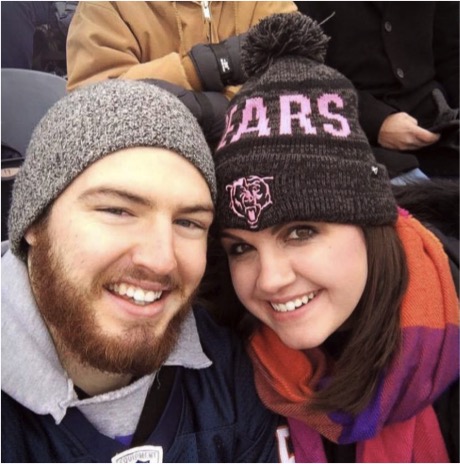 I went to the Chicago Bears game today. We spent $32 total on the train fares, $200 for our tickets, $7 for a hotdog, and $41 at Giordanos after the game. We paid that much money to come to spend a fun day in the city even though it was cold. I feel guilty. We have much more than what we need and we don’t even have half of what most people have.

The high today was 30 degrees, so naturally I layered up in a lot of clothing. I wore Under Armor pants and an Under Armor long sleeve shirt along with 2 additional pairs of pants, 4 shirts, 2 sweatshirts, 3 pairs of socks, 2 pairs of gloves, a coat, a hat, a scarf, and my favorite new pair of winter boots. 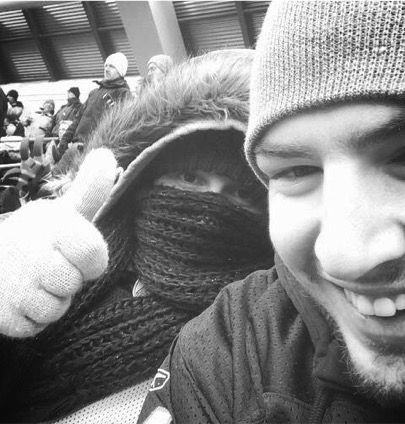 While we were inside of Giordanos I was very warm so I took off everything except my pants, socks, boots, Under Armor Shirt, and hat. I tossed it all into a bag and when we left I carried that bag and put on my coat.

We had a short walk to the train station and as we were walking across the street I noticed a homeless woman crouched down trying to stay warm. The “walking” light appeared and Sean, me, and two of our friends hurried across the street to make sure we made it to the train on time so we wouldn’t have to wait for the next one.

I got across the street and felt like I was going to throw up. I had passed countless amounts of homeless people all day but for some reason I was so drawn to this woman. I told my friends to please wait for just a moment and I tried to quickly get back across the street to talk with this mystery woman.

As I approached her, I saw that her cardboard sign said “I am in need of winter boots and winter clothing items.” Immediately I knew that this was providential timing and that I was supposed to give her the winter boots straight off of my feet.

I felt a little bit crazy because I was just planning on walking back to the train in just my socks.

YOU GUYS I HAD EVERYTHING IN THAT BAG THAT SHE NEEDED. Shirts, sweatshirts, gloves, scarves, etc.

The boots she was wearing were worn and were wet. Mine were warm and waterproof.

I handed her the bag of clothing and winter items that I had taken off at Giordanos, and my leftover pizza, and told her that I would like to give her my boots.

She stood up and cried. I sat down with her, untied my boots, and slid off the top layer of my fuzzy warm socks and handed them to her. She said they were the nicest shoes she’s ever had.

We exchanged names and a few other words. We looked about the same age. We talked a lot. Not through words as much as just by looking at each other. She looked worn and tired when our eyes first met but by the time I left I could sense the warmth of her personality and the thankfulness in her heart.

I started to walk away and she said, “I don’t want your feet to be cold, can I give you my “old” boots?”

She who had nothing, offered me these boots. HER boots. I wore them all the way home.

Her name was Amy and I just cannot stop thinking about her.

If you have the urge to do something kind for someone, I want to encourage you to do it.

If anyone has material possessions and sees a brother or sister in need but has no pity on them, how can the love of God be in that person? 18 Dear children, let us not love with words or speech but with actions and in truth.

**edit** Sweet friends, I had no idea this post was going to go so viral. My heart wants to explode from all of the…

Kelly's Facebook post soon went viral, much to her surprise. Many have applauded her kind actions, and the humble young lady had this to say in an update:

"I had no idea this post was going to go so viral. My heart wants to explode from all of the random encouraging messages I have received. Please remember that I want this to be about Amy’s sweet gesture, not my own. Thinking about how many people have seen this has sparked an idea in me. Can you imagine if that many people did even just one random act of kindness for someone? We need to truly be the change we wish to see in the world."

It's not hard to begin to feel overwhelmed when you look at all the things that need fixing in our world. But each one of us can make a difference, just like Kelly did, by doing something kind for someone else. What we may see as a small gesture can be HUGE to someone else. Let's be the change!

Thank you Kelly, for heeding the call of God and sharing your story. It certainly helped restore my faith in humanity! 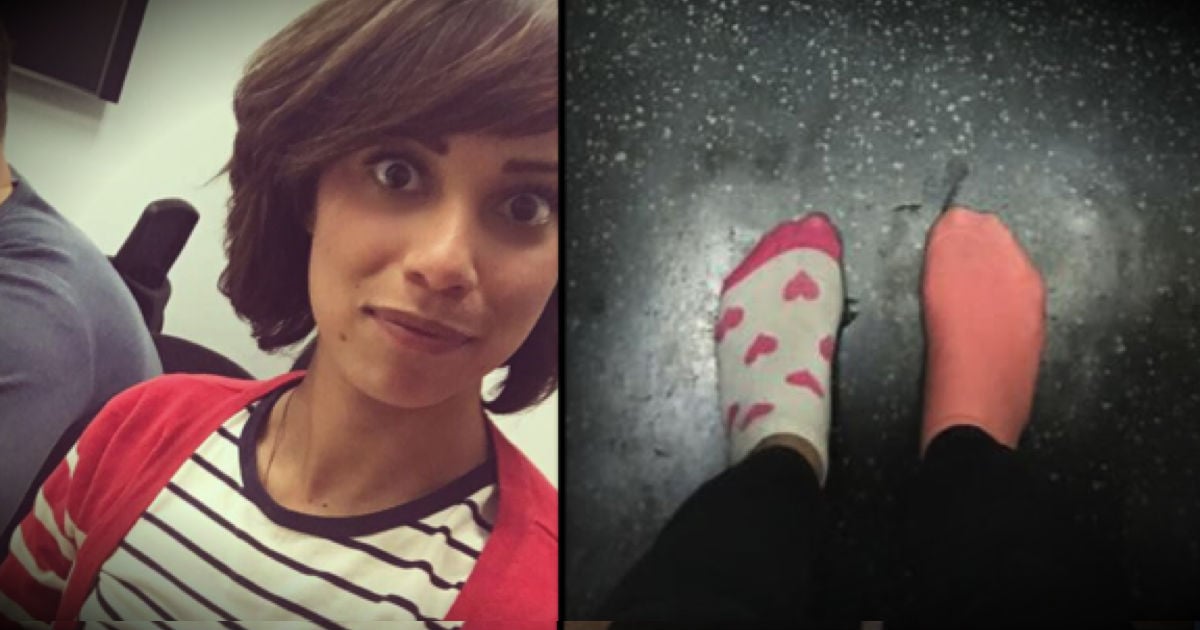 See what one flight attendant did that had everyone on the plane in tears!