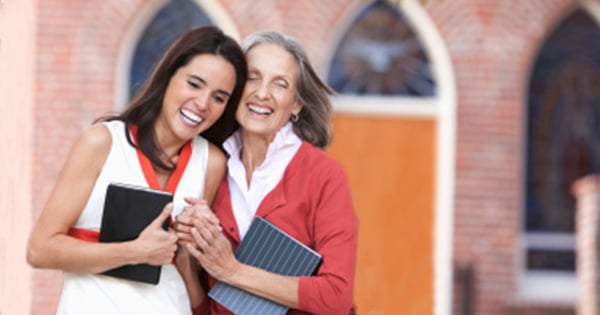 How do you swallow an engagement ring? That’s the question everyone keeps asking bride-to-be Jenna Evans after she did just that. And boy has Jenna got a bizarre, yet entirely true and funny story of swallowing her engagement ring in her sleep!

During one particularly exciting dream, Jenna actually swallowed her engagement ring. And now, everyone is getting a kick out of the hilarious story!

One night, Jenna Evans found herself smack dab in the middle of a scene from an action film. In her dream, she and her fiancé, Bob Howell, were aboard a train with villains chasing them. To keep her engagement ring safe, Jenna swallowed it.

Only, she didn’t just swallow it in her dream. Jenna swallowed her engagement ring in real-life, too!

She didn’t realize fantasy and reality had collided until she awoke in the morning to find her ring missing. And that’s when Jenna Evans knew her vivid dream was to blame.

There are all kinds of engagement rings styles and engagement rings sets. Maybe some of them are even edible. But Jenna’s ring was not. So, she and her fiancé headed to an urgent care facility to figure out what to do next.

An X-ray confirmed Jenna’s swallowed engagement ring was in her stomach. Doctors decided it wasn’t a good idea to “let nature take its course” so they sent Jenna to a gastroenterologist to have the ring removed.

“Bobby finally gave my ring back this morning,” she said in an update. “I promised not to swallow it again, we’re still getting married and all is right in the world.”

The procedure went well and Jenna hilariously detailed the whole experience on Facebook, never expecting her post to go viral. But that’s exactly what happened!

God definitely blessed Jenna Evans with an incredible sense of humor. As bizarre as the story is, there’s no doubt the whit Jenna used in the retelling of swallowing her engagement ring helped the post go viral.

Most people found the tale humorous. We certainly did! But of course, anything that goes viral online is going to bring out a few haters.

“I also had no idea this would go viral – please be kind. I didn’t do it on purpose and I’m not trying to change the world here, just share a funny story and hopefully a good belly laugh. Pun intended,” Jenna reminded everyone in an update on her original post.

YOU MAY ALSO LIKE: New Pastor Was Visiting Homes & Is In Stitches After Finding Note With Bible Verse In Offering Plate

I’m sure Jenna never imagined her 15 minutes of fame would come from something like swallowing her engagement ring. But it’s inspiring to see her handling the unique situation with a sense of humor!