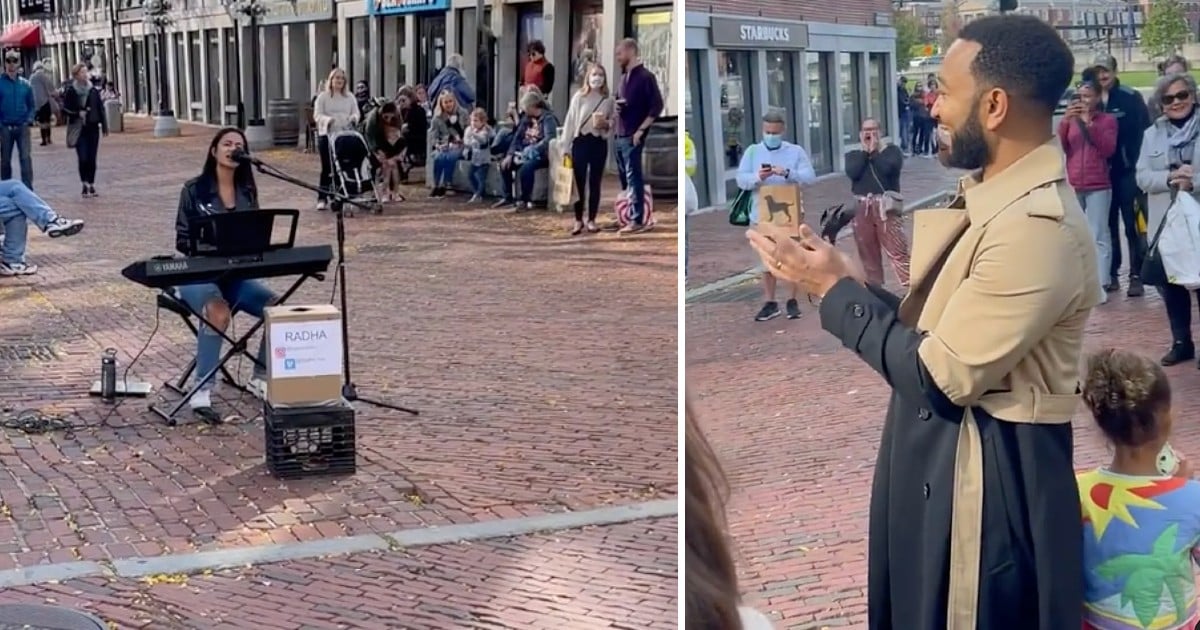 Many remember hearing the song made popular on The Flintstones, Let The Sunshine In, as children. But when revisiting the lyrics as adults, some now have a completely different take altogether!

Though The Flintstones TV show is originally from the ’60s, the six seasons of this classic children’s cartoon continued airing as reruns for decades after the show ended. Therefore, several generations have fond memories of Fred and Wilma Flintstone and their family’s antics.

RELATED: The Real Story Behind The Waltons TV Show And What Went Into Making It Such A Beloved Classic

But a lot has changed since the show began airing in 1960. And now, some people feel differently about the lyrics from a song made popular on The Flintstones called Let The Sunshine In.

Origins Of The Song

The song’s full title is Open Up Your Heart (And Let The Sunshine In). An artist named Stuart Hamblen wrote the song and originally released it in 1954 with his band the Cowboy Church Sunday School.

However, the song later made its debut in an episode of The Flintstones called “No Biz Like Show Biz.” This was the first episode of the final season. And in it, Fred Flinstone dreams of a concert where Pebbles and Bam Bam perform the catchy tune.

Though Open Up Your Heart (And Let The Sunshine In) reached number 8 on the Billboard charts when released by Stuart Hamblen, most people today remember it from The Flintstones. And usually, they drum up memories of the song’s main chorus:

“So let the sunshine in

face it with a grin.

So le the sunshine in

face it with a grin

Open up your heart and let the sunshine in.”

RELATED: Tragic Story Behind Why Actor Who Played Fred Mertz on I Love Lucy Kept His Hands in Pockets

But according to a post in an online forum, when examining the song’s full lyrics as adults, some folks didn’t get the same warm and fuzzy impression from The Flintstones Let The Sunshine In that they did as kids.

New Outlook On The Flintstones Let The Sunshine In

The song begins with “Mommy” warning about the devil.

“She said he causes trouble

when you let him in the room.

He will never ever leave you

if your heart is filled with gloom.”

Other verses then go on to talk about how the devil delights in our misery (“When you are unhappy / the devil wears a grin”) and wants to keep us separated from our source of joy, Jesus.

“If I forget to say my prayers

the devil jumps with glee.

But he feels so awful awful

when he sees me on my knees”

The person who started the forum discussion on The Flintstones Let The Sunshine In remembers hearing the song at the funeral of a 7-year-old classmate. Apparently, this song was one of the child’s favorites. But the author of the post remembers finding the lyrics “disturbing.”

Quite a few others in the forum agreed, suggesting the overall message of the song was telling kids to “put on a smile or the devil will get you.” Others felt it was encouraging children to fear sad feelings, which are a part of life.

RELATED: Unusual Story Behind Popular Board Game Is Timely for This Season

“What an awful message. Sad feelings are a part of life; we shouldn’t teach kids to be afraid of them,” one commenter wrote.

While some in the forum found The Flintstones Let The Sunshine In disturbing, there were others who didn’t see the message as dark or creepy.

“It is not saying NOT to be sad, that is a part of life. It is saying don’t let sad, worry and hate be your life. Do not let it take you over,” wrote one person.

“When you have a relationship with Christ he is the Sun/ Son shining in. He helps you through times as these,” wrote another.

So, what do you think?

Whether revisiting this bit of nostalgia has changed your view of the song or not, there’s one thing that will never change. And that’s the love Jesus has for us!

YOU MAY ALSO LIKE: The Story Behind The Gargoyles on Top of Notre Dame Cathedral

Please be sure to share this story with someone else who might appreciate a trip down memory lane.

WATCH: The Flintstones Let The Sunshine In