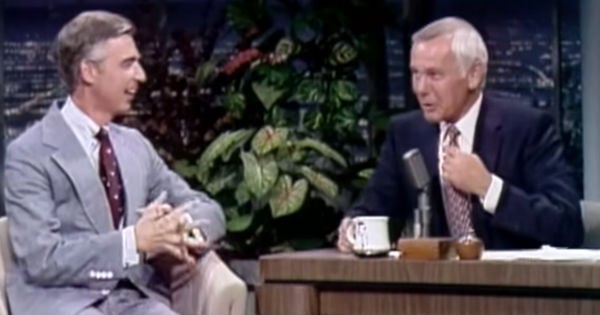 For Christian comedian Tim Hawkins, marriage GPS is at the top of his wishlist. And his commentary in this hilarious throwback video will surely have you in stitches!

First comes love, then comes marriage, then comes the jokes about being married. Tim Hawkins has us in stitches as he pleaded for a ‘marriage GPS' in this throwback clip.

RELATED: Tim Hawkins Is Back With ‘Chick-Fil-A 2.0' Parody

GPS has been a Godsend for those who are directionally challenged. It gives directions and guides drivers all over the country with soothing voices. And if you happen to miss your turn, no big deal, it simply tells you,‘recalculating.'

In this hilarious video, Tim shares his adventures with GPS. He then has the audience rolling when Tim Hawkins pleads for a marriage GPS.

For example, GPS tells him to say something about his wife's hair. He comments, "Hey, what's with your hair," to which GPS responds with "recalculating." Wouldn't it be nice to have a chance to have your words recalculated before it triggers the little misunderstandings, tiffs, and squabbles in marriage?

He goes on to share the highs and the lows of building a house with his wife and how it feels like they're being nickel and dimed for things a house needs like doors…yes, doors! There's always an adventure to be had for sure with Tim.

If you don't know who Tim is, you're in for a real treat.

The Humor Of Tim Hawkins

The 52-year-old Christian comedian, singer, and songwriter is known for his parodies to famous songs like Carrie Underwood's "Jesus, Take The Wheel", which he famously renamed, "Cletus, Take the Reel." He then targeted country star Jason Aldean's flirtatious hit, "Big Green Tractor" and hysterically transformed the tune into his own original creation of "Pretty Pink Tractor."

He is also known for his gut-busting comedy that is family-friendly which is no doubt a daunting task and gift in a line of work where the obscene has become routine. He has established himself as one of the most in-demand comedians in the country. With 300,000,000 video views online and more than 100 sold-out concerts every year. But, he doesn't let it go to his head because he says comedy is his only life skill. Best of all Tim reminds us all that for many of life's struggles, challenges, and trials life is our best medicine.

Watch the video below and be prepared to have aching abs from belly laughing so much over marriage GPS, razors, and why civilization needs an electric toothbrush.

YOU MAY ALSO LIKE: 9 Christian Comedy Videos To Make You Laugh