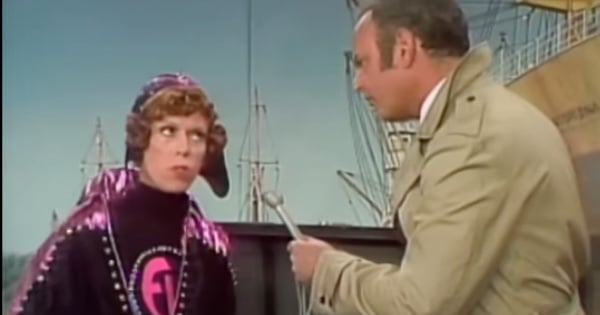 A living statue is supposed to stay as still as…well, a statue. But a cute kid wanting a hug quickly broke this man’s resolve!

You may have seen a character like this at Disney World or on New York City's Times Square. Or maybe in Las Vegas or on the Hollywood strip. But, wherever you might have encountered a mute and motionless real-life man or woman in statue form, you were probably transfixed!

RELATED: Friendly Dog Just Wants To Play Fetch And Can't Understand Why This Statue Is Refusing

Called "tableaux vivants" and translated from French to English as "living pictures," historians believe living statues were first seen as an art form during the Renaissance era. Performers dressed in costumes, painted their bodies, and remained still for long periods of time in order to appear as statues or paintings for guests.

Theatrical types still perform in this way today. And the work of a living statue cannot be easy! Imagine the focus and discipline required to ignore the stimuli in the environment and remain completely still from head to toe! Consider the physical challenges-stiff, sore muscles and hot, humid temperatures. It is astonishing to watch these actors do their thing!

Rarely, if ever, do these gifted artists allow themselves to break character. Try as folks might to get the attention of the performers, they seldom falter by showing any expression, blinking their eyes, or shifting. Unless maybe, it's for an adorable little man like we see here!

Toddler Wins Over A Living Statue

The copper cowboy seen in this video is not in Vegas or NYC. He's at the Gaylord Texan Resort and Convention Center, which looks like a fabulous place, by the way.

Ashley Lawrence digitally catches her son Cody as he toddles up to the Texas wrangler sitting on a bench. Cody has no mischief in mind; he just wants to get a closer look at a living statue.

The cowboy's hands rest together on one leg, and he sits near the edge of the bench. Cody, brave as any other Texas tike, charges up, puts his little hands on the cowboy's arms, and looks right up at him. Who can resist that sweet face?

The cowboy waits a full second and, with professional deliberation, pats Cody on the head with his left hand, leans forward a bit, and rubs the boy's back in a hug. Cody is excited. Mom is thrilled! And the performer is back in position almost instantly. He knows that exceptions like that are only for the most special guests!

YOU MAY ALSO LIKE: The Story Behind The Gargoyles on Top of Notre Dame Cathedral

"Jesus said, "Let the little children come to me, and do not hinder them, for the kingdom of heaven belongs to such as these." Matthew 19:14