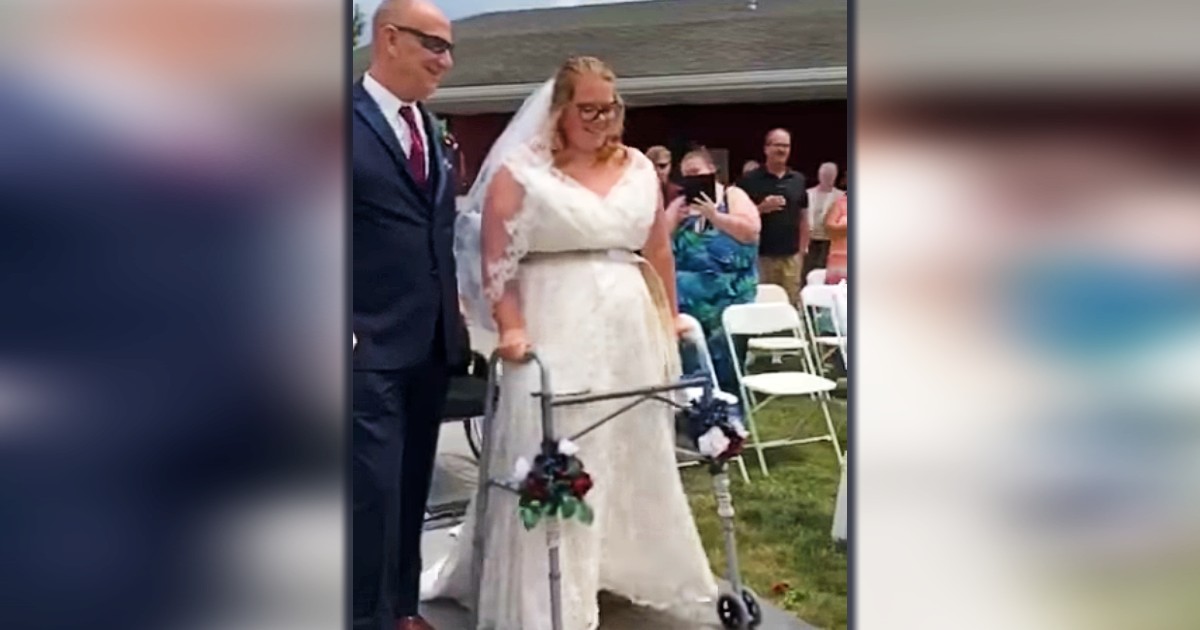 A tree crashes into a home in this heart-pounding, nail-biting video. And terrified parents Courtney and Kale Buccholtz quickly realized it hit the nursery where their baby boy slept. But God was looking after little Cannon!

It was a normal night of bath time, snuggles, bedtime prayers and being tucked into bed for baby Cannon, the newest member of the Buccholtz family. But outside, a storm raged with large gusts of wind and rain. Courtney, and her husband Kale, were getting rid to unwind on the couch.

But two minutes later, they heard a thunderous crash coming from upstairs.

As Courtney heard her son wail, she feared the worst. She raced up the stairs and when she opened the nursery door, her heart nearly stopped. A tree had sliced baby Cannon's room in half-through the roof, windows, and wall! The baby monitor had captured it all on camera.

In the video, you can see Cannon drifting off to sleep when he is sprayed with debris from the ceiling and walls, covering his entire little body. Seconds later, you can see his mother's horrified face as she races to scoop him up. It was an absolute miracle he wasn't injured by branches, pieces of lumber, glass, or sheetrock.

The family went outside the home to check for additional damage when they realized a tree with a four-foot-wide trunk had fallen on their house. Despite having to make extensive repairs to a home that is currently unlivable, the family is counting their blessings and praising God for answering their prayers to keep their family safe.

Courtney took to Facebook after the ordeal. She posted the video from the baby monitor with the caption: "A very large tree fell through our house tonight 2 minutes after I put Cannon to bed, running to get my baby under debris was one of the scariest things I've ever experienced," she wrote. "I am so thankful that our lives were spared tonight. Our nightly bedtime prayers absolutely worked."

Yes, Courtney, we are praising God with you because He absolutely hears and answers our prayers. After watching that nail-biting video, we are grateful we serve a mighty God who protects and upholds His children!

YOU MAY ALSO LIKE: Woman Credits Guardian Angel For Her Safety After Huge Tree Crushes Her Car

"Oh give thanks to the Lord, for he is good, for his steadfast love endures forever! Let the redeemed of the Lord say so," Psalms 107:1-2

WATCH: Tree Crashes Into Nursery Where Baby Boy Is Sleeping