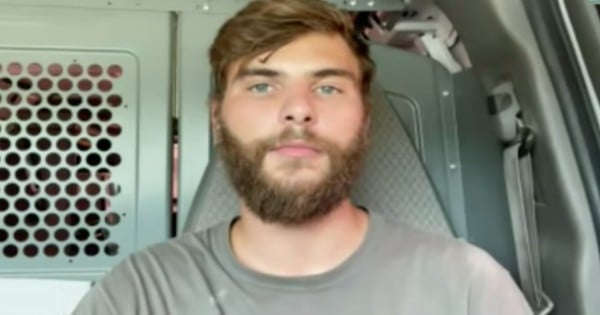 Two Boy Scouts may not seem like much help against high floodwaters, but they saved the life of a woman on a hot summer day.

These two brave Boy Scouts — Joseph Diener, 16, and Dominic Viet, 15 — were riding their bikes when they heard cries for help. They found a woman terrifyingly clinging to a basketball hoop in seven feet of water.

The young woman had gone for a swim on a hot summer day. But after being in the water for thirty minutes, she found herself in grave danger.

Despite being surrounded by friends near the water's edge, her cries for help went unanswered until Joseph and Dominic launched into action.

“I don’t think she could’ve lasted until [first responders] got there,” Joseph said. “We definitely paused, but then we decided it was the right thing to do.”

“I’m like, ‘I can’t leave somebody out there to struggle in the water while I’m sitting here and watching,'” he added.

Without the training and the skills learned in Boy Scouts, these two may have just been bystanders like everyone else.

But through training and a heavy emphasis on always being prepared, these two young heroes put their skills into action and their lives on the line to help a woman in need. Their parents couldn't have been more proud.

“I was proud but concerned, and we had a long talk afterward about the dangers of floodwaters, it feels good to know he would think of others in that way," said Joseph's father.

In the meantime, the woman the two boy scouts rescued has fully recovered and the pair's scoutmaster said they may receive badges for their heroic efforts. Whether or not they get badges these two young boys can be proud knowing they saved a life and that matters more than anything else!

YOU MAY ALSO LIKE: Woman Spots Toddler Trapped Face Down In Raging Waters & Credits God With Heroic Rescue