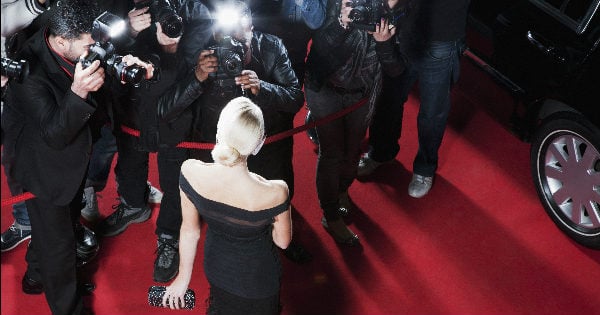 5 Christian Celebrities Who Have A Strong Faith
Read Article »

Ever since the Jeopardy host announced his diagnosis of pancreatic cancer, fans are often wondering — how is Alex Trebek doing? An interview with Canada’s CTV has provided an update on Alex Trebek. And while he’s back in chemotherapy, the beloved game show host says he doesn’t fear death.

Thousands upon thousands of people have been praying for Alex Trebek ever since the Jeopardy host announced his stage 4 pancreatic cancer diagnosis. The journey has been fraught with ups and downs. But no matter the news, Alex manages to maintain an upbeat outlook.

Things seemed to have improved when the Jeopardy host wrapped up chemotherapy and headed back to work on the 36th season of the game show.

But then a September 2019 update on Alex Trebek revealed the TV star would have to head back into chemotherapy after his condition took an alarming turn.

"I lost about 12 pounds in a week," Alex Trebek, age 79, said. "And my numbers went sky high, much higher than they were when I was first diagnosed. So, the doctors have decided that I have to undergo chemo again and that's what I'm doing."

A pancreatic cancer prognosis carries with it an average 5-year survival rate of less than 3 percent. So, Alex faces some pretty scary odds. And yet, he confronts the outcome with grace and humility that can only come from above!

How Is Alex Trebek Doing?

Heading back to work on Jeopardy has been a great motivator for Alex.

“There are weaknesses that I feel in my body but I can always suck it up when it comes time to tape the show,” the game show host explained. “I can be sitting in my dressing room and I get up and I’m not able to move. But all of a sudden, when Johnny says, ‘and now here is the host of Jeopardy, Alex Trebek,’ — okay, let’s go.”

With this being Alex’s second round of chemo, there is some comfort in having an idea of what to expect.

Alex Trebek talks to @LisaLaFlammeCTV about his cancer treatment and future plans for ‘Jeopardy!', tonight on @CTVNationalNews pic.twitter.com/TOQLtcYK9v

But the truth is, it’s still not easy.

Jeopardy Host Back In Chemotherapy

An update Alex Trebek frequently shares with the Jeopardy producers is how the chemotherapy is impacting him.

For example, Alex says the treatments are leaving sores inside his mouth, causing him to slur his words. The 79-year-old is also wearing a wig, as the chemotherapy is causing him to lose his hair.

“But now it’s gone again, and I’m back to wearing the creation of another man,” he said.

But Alex Trebek does his best to take all of this in stride, promising to continue hosting Jeopardy for as long as he’s able.

“I will keep doing it as long as my skills do not diminish,” he said.

You can’t face cancer without facing death. But for Alex Trebek, the prospect of dying doesn’t scare him.

“The thought of the pancreatic cancer does not frighten me. I’m not afraid of dying,” he said.

The truth is, all of our lives are temporary. And Alex realizes just how blessed he’s been for 79 years.

After growing up with no money, Alex Trebek certainly hit the world’s view of success with his role as the beloved, longtime Jeopardy game show host.

But Alex Trebek knows true net worth doesn’t come from money or fame. His true blessings are his wife, Jean Currivan Trebek, and children — Emily Trebek and Matthew Trebek. 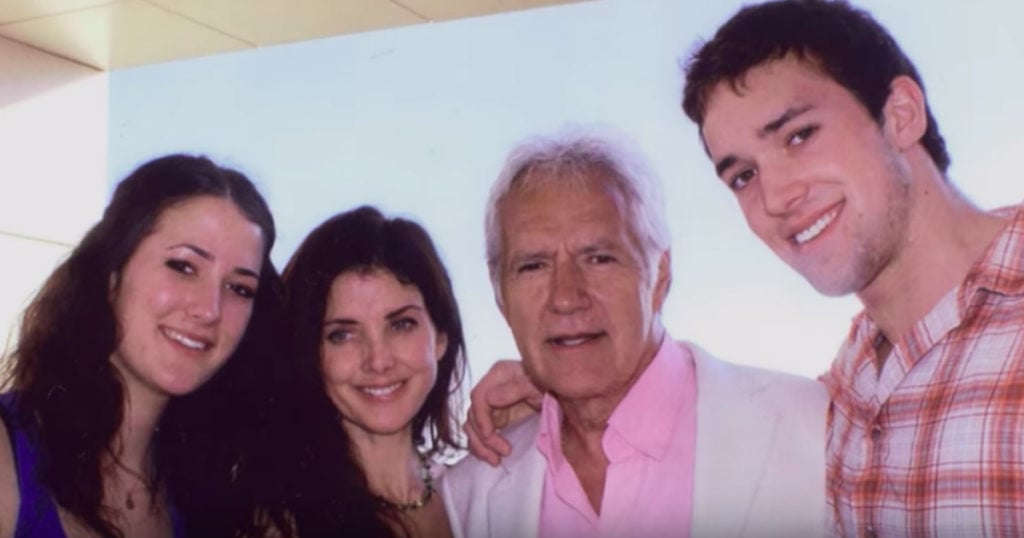 God has an amazing way of giving our personal pain a purpose in helping others. And Alex opens up about how his humble beginnings helps him relate and give back to others.

“I think it makes me appreciate the hardships that affect many other people. And since I’m in a position to help, why not do something to make their lives a little easier?” he says. “There’s no downside to it. I’m helping somebody. That makes them feel good. I feel good because I’m making them feel good. So, why not do it?”

Jesus told us it is better to give than to receive (Acts 20:35). And you can see this truth in the answer Alex Trebek gives when asked what he wants future generations impacted by his generous donations to know about him.

“I don’t think I want them to know anything about me personally, to be quite honest,” Alex Trebek replied. “I’m not doing it for glory. I’m doing it to try to make a positive difference in the world. And if I can, great.”

There are signs of Alex Trebek’s quiet faith in all he does. From his generous heart to the peace he has in facing death.

Jesus also told us not to worry about tomorrow (Matthew 6:34). Instead, we are to trust God with everything, including our future. And the update on Alex Trebek shows that’s just how the game show host is handling his return to chemotherapy.

“So we're back on the chemo and we'll see if the numbers go down,” he said. “We'll play it by ear and keep chugging along until we either win or lose.”

But Alex truly seems at peace with either outcome.

"[I've lived] a full life, and I'm nearing the end of that life. . . if it happens, why should I be afraid that?" the 79-year-old Jeopardy game show host said. "One thing they're not going to say at my funeral, as a part of a eulogy, is, ‘He was taken from us too soon.'"

Christian celebrity Alex Trebek is living a powerful testimony for the whole world to see. And while he admits his public battle sometimes puts pressure on him he feels unqualified to carry, so many of God’s people in the Bible said the same. Just like Alex, we can all take comfort in knowing the victory has already been won!