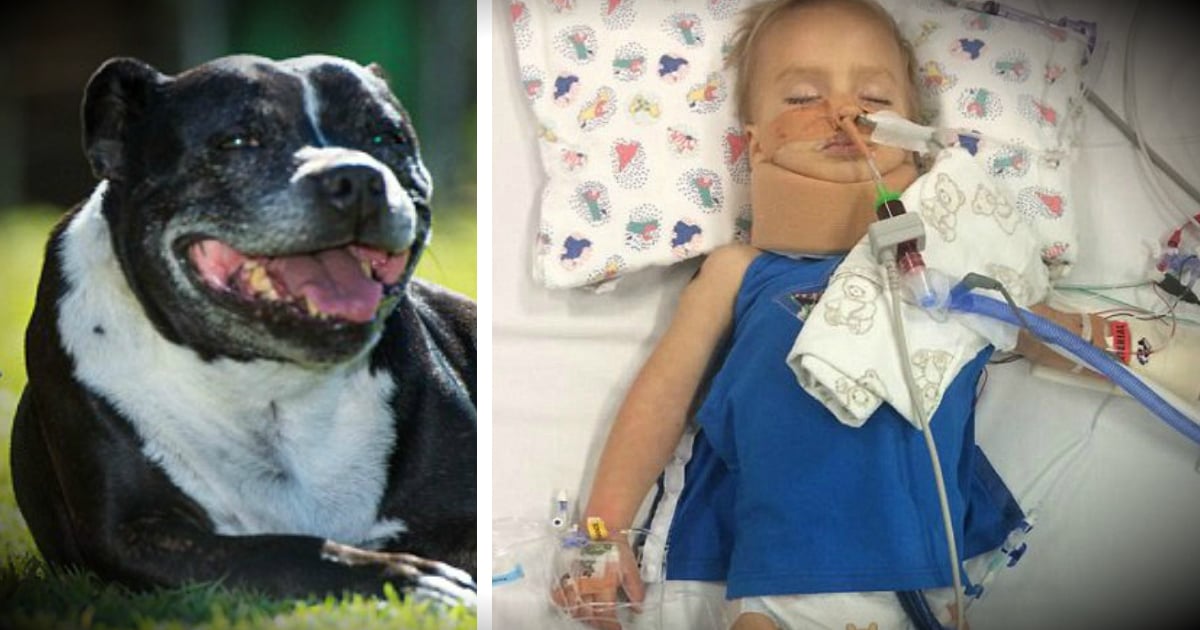 The first time Debbie Baigrie met Ian Manuel, he shot her in the face. For Debbie, it was the start to 10 years of surgeries to have her jaw rebuilt. For Ian, it was the start to a life behind bars. Yet, 26 years later, the two hugged in a gas station parking lot hours after Ian’s release from prison. And seeing an unlikely friendship born from such violence is a testament to the power of God’s amazing grace!

The year was 1990. Debbie had recently given birth to her second child and was having her first “girl’s night out” since the delivery. Ian, a troubled teen growing up in one of the poorest, most violent neighborhoods in Tampa, was out with friends as well. But for very different reasons. Ian and his friends were looking for someone to rob.

Ian approached Debbie from behind, pulled out a gun and told her to “give it up.” As she turned, Ian started shooting. Though he didn’t necessarily intend to hit Debbie, one of the bullets went into her mouth and out her jaw.

"It blew out all the bottom teeth and the gums on the lower left side of my mouth," she said.

Additionally, it knocked out her front tooth and ripped part of her tongue. But had her head been positioned any other way, she’d have been killed.

Days after the shooting, Ian was arrested for an unrelated charge. While in custody, he confessed to shooting Debbie. At just 13, the judge ruling on the case reviewed his past record — one riddled with prior arrests.

“The judge said, ‘Mr. Manuel, we're going to make an example of you,'” Debbie recalled. “They sentenced him to an adult prison.”

RELATED: Police officer reunites with the man who tried to kill him

Many would applaud the judge for this decision. But Debbie says to her it was just heartbreaking.

Debbie went on with her healing and Ian went on serving his sentence of life without parole. But one year in, as his second Christmas behind bars approached, Ian decided to make a phone call.

The call was to Debbie, and it completely caught her off guard.

“As soon as she accepted the call I said, ‘Miss Baigrie, this is Ian. I'm just calling to tell you I'm sorry for shooting you, and I wish you and your family a merry Christmas,'” Ian recalled. “That's what I blurted out. What do you say to somebody you shot, you know?”

Ian’s apology came as a complete shock to Debbie.

"I was shaken by it because (the attack) was still so fresh at the time," she said. "But he called to apologize. I found it unusual and rare, especially from somebody that young." 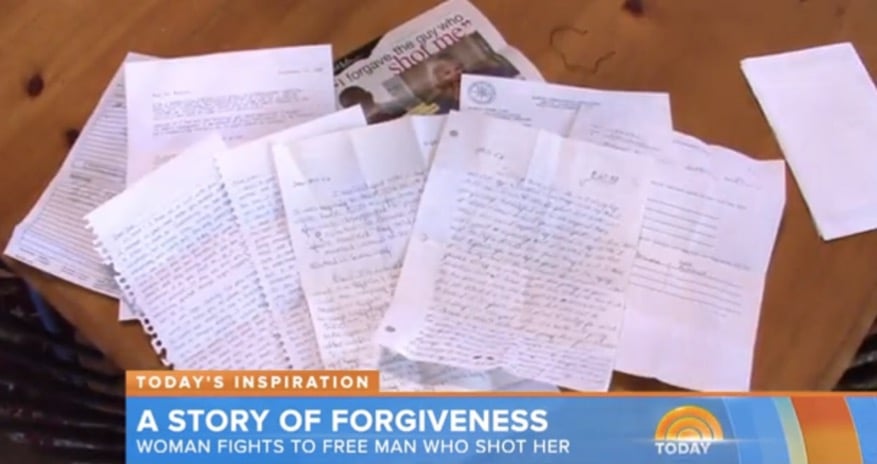 He explained his family, his troubled past, the guilt he had over shooting her, and the difficult time he was having behind bars.

RELATED: Inmate writes letter to judge who put him in jail, offering to help save his life

"I thought, wow, this kid is smart," Baigrie said. "Let's not waste this life. Let's give him a chance. He was smart, he was remorseful."

Laws kept Debbie from visiting Ian in prison, but the two continued to exchange letters. Then Debbie started attending Ian’s court hearings. And in 2010, when the Supreme Court threw out life sentences for juveniles, Debbie started advocating for Ian’s early release.

Many can’t understand how Debbie could ever forgive Ian, let alone befriend him. That includes her own two daughters. But Debbie knew she was doing the right thing. 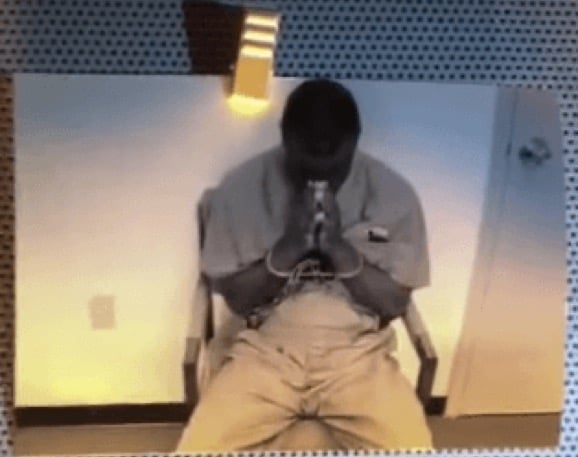 "I figure if I didn't help and support him, it would be a life lost," she said. "And my life wasn't lost, and I felt like his punishment was way beyond what it should have been."

Finally, Ian’s life sentence was thrown out. And at age 39, based on time already served, Ian was released from prison. He was headed to Alabama to join a program through The Equal Justice Initiative that helps former child inmates adapt to life outside prison. But first, he stopped to meet Debbie in a gas station parking lot.

Reunion With Man Who Shot Her In The Face

It was the first time the two were able to have one-on-one, face-to-face contact. It was a beautiful moment, filled with God’s grace. 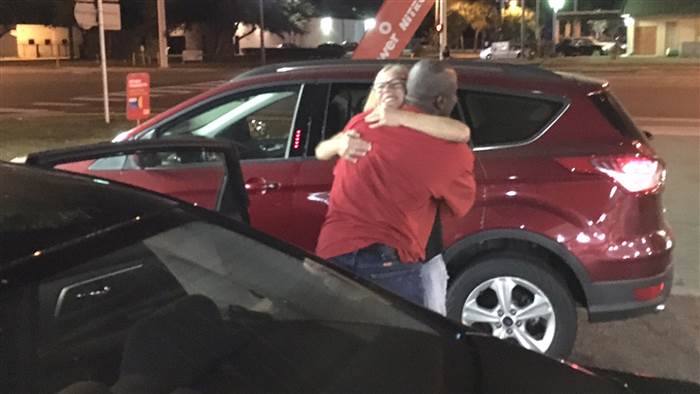 "I didn't feel like I was hugging a stranger. Debbie's not only like a guardian angel, she's like a second mom," Ian said. While in prison, his real mother, along with other immediate relatives, passed away.

Debbie and Ian then decided to catch up over dinner. They shared a meal together at a pizza joint just a few blocks from where they first met when Ian shot her in the face. 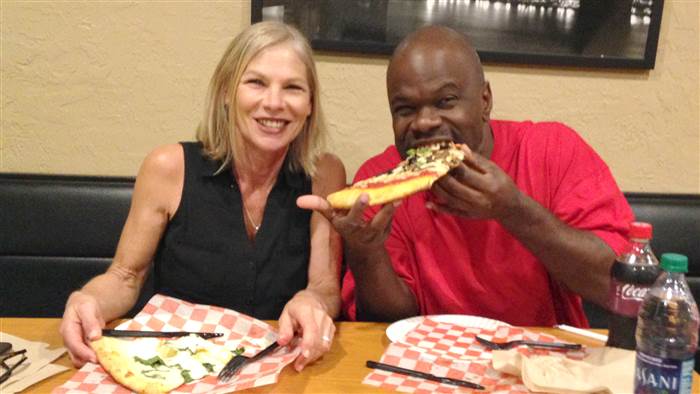 It seems crazy to so many. And yet, it’s precisely the kind of mercy God gave us through His son. And Debbie hopes her friendship with Ian will inspire others to forgive.

"We all make mistakes, we all try our best, and life is so short," she said. "And if anybody knows how your life can be gone in one minute, it's me. I understand that. We have to forgive, because it helps us heal."

“And when you stand praying, if you hold anything against anyone, forgive them, so that your Father in heaven may forgive you your sins.” Mark 11:25

YOU MAY ALSO LIKE: Dad Has Something To Say To Accused Arsonists Behind Gatlinburg Fire That Killed His Wife And 2 Daughters