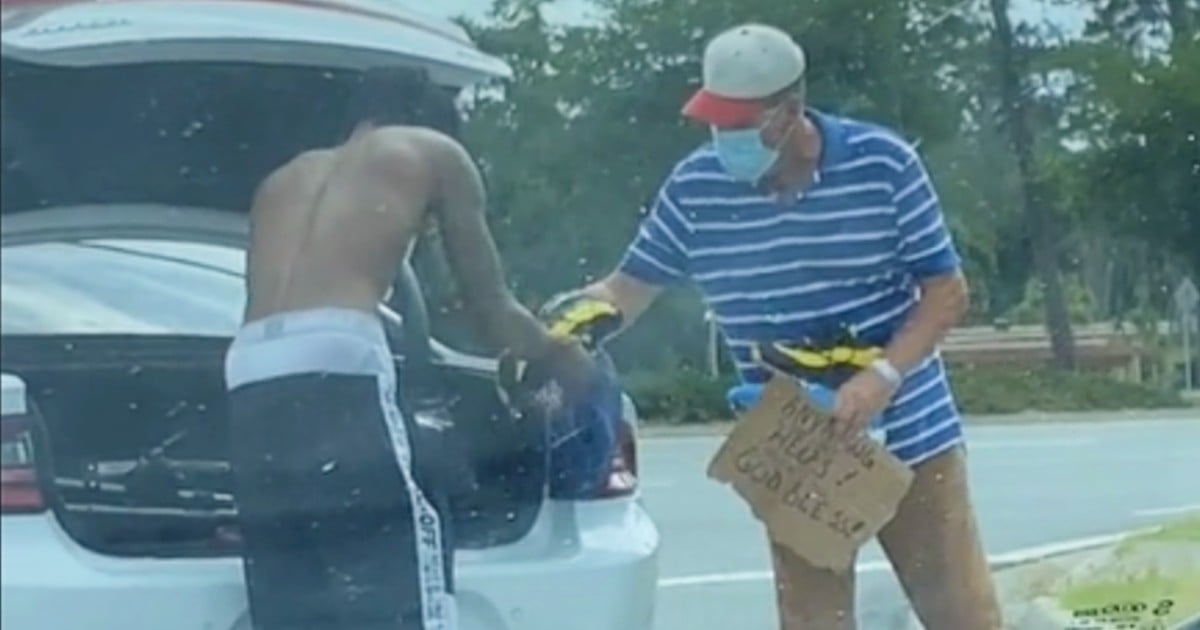 Homeless Man Stands On The Side Of The Road Begging For Help, Then A Student Pulls Over
Read Article »

A lost wallet is returned 46 years after it went missing. And Colleen Distin couldn’t be more tickled to have it back after all this time!

Colleen Distin lives in Ventura, California. In 1975, she was going to see the movie Jaws and lost her wallet that evening at the Majestic Theater.

RELATED: Homeless Man Found A Wallet In A Dumpster And Knew Just What To Do With It

The cleaning crew was unable to find it. Little did she know that 46 years later the theater would undergo renovations that would bring her prized possession filled with memories back to her.

Tom Stevens found the wallet in a crawlspace. He used social media for good and the wallet got returned to its rightful owner.

In this clip, Colleen shares about rediscovering this missing treasure. She pulls out many of the pictures that were tucked inside. Photos of her mother and a trip to Mexico, and a concert ticket.

RELATED: Man Kept a Ticket in Wallet for 46 Years Waiting for Autograph, Then His Wish Came True

The only thing not in the returned wallet was $200. The theater graciously gave Colleen her missing $200 from 1975. . . with inflation. They generously gifted Colleen $1000! The act of kindness moved Colleen to tears. She replied, "I'm speechless." Filled with emotion, Colleen embraced her wallet's finder, Tom.

The gift of giving is a joyful opportunity. I love how this returned wallet video highlights the generosity of Tom and the employees of the Majestic Theater. They not only took the time to return the wallet to the rightful owner, but they blessed Colleen financially five times what was lost.

This makes me think about how the Lord is able to do more than we can ask or imagine. He often works in unexpected ways, just like this video portrays.

YOU MAY ALSO LIKE: 11-Year-Old From Struggling Family Found A Stranger's Lost Wallet And Knew Just What To Do

“Now to him that is able to do exceeding abundantly above all that we ask or think, according to the power that works in us, To him be glory in the church by Christ Jesus throughout all ages, world without end. Amen.” Ephesians 3:20-21