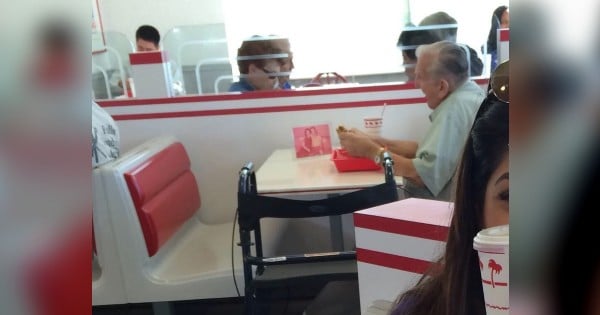 One sweet woman fought a hard battle with cancer when she was suddenly hospitalized. She knew that she was reaching the end of her road, so 77-year-old Sheila Marsh set out to say her goodbyes. But outside of friends and family, she had some furry life-long friends that she longed to see just one more time.

During her last days, Sheila wanted to see her beloved horse Bronwen, so the hospital staff made arrangements for their sweet reunion. Bronwen was brought to the hospital’s parking lot, and Sheila was wheeled out in her hospital bed to say goodbye to her horsey.

“She had a really special relationship with Bronwen,” Sheila’s daughter Tina said. “She had her for about 18 or 19 years from Bronwen being 7. It was so touching for us all, it meant a lot to us.”

Sheila didn’t have much life left in her, but that didn’t stop her from mustering up a few words for her dear pet. Tina said, “It took a lot for mum to talk on her last day but clearly called Bronwen’s name and asked for a kiss.”

Bronwen responded to Sheila, and the two communicated in their own special way.

“The horse bent down tenderly and kissed her on the cheek as they said their last goodbyes,” nurse Gail Taylor said.

The hospital staff was extremely moved by Sheila and Bronwen’s connection, it made all of their efforts worthwhile to witness such a heartfelt moment.

Just hours Sheila said her final goodbye to Bronwen, she peacefully bid her farewell to this ol’ world.