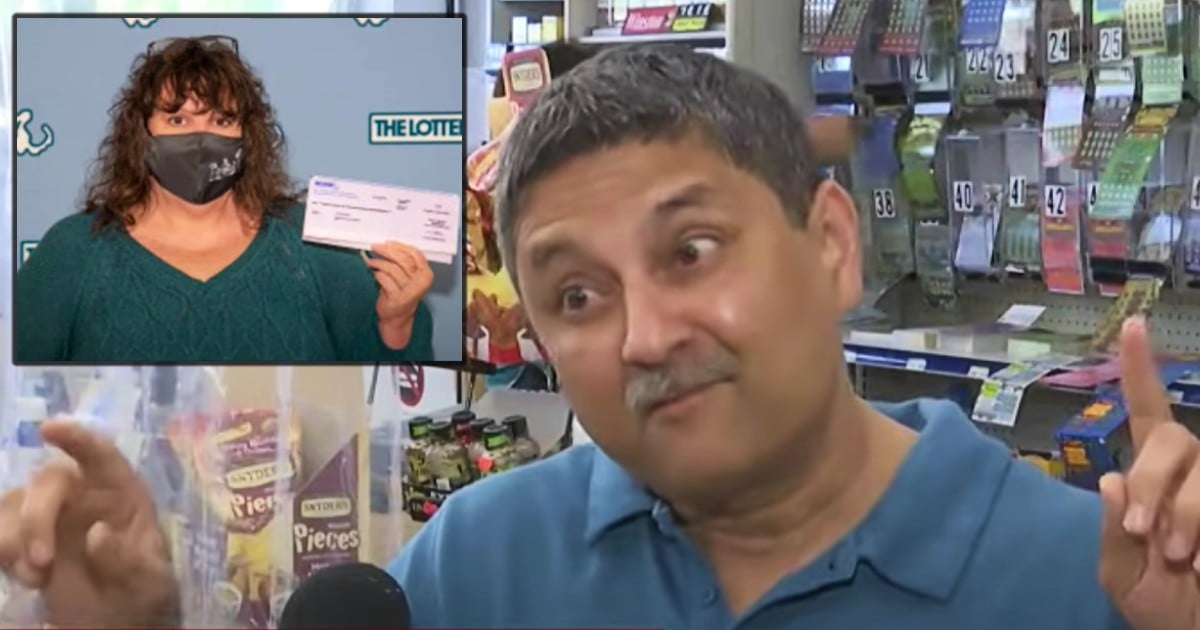 Daverius Peters mistakenly wore the wrong shoes at graduation and almost couldn’t get inside for the ceremony. But when John Butler found out what was going on, the kind teacher stepped in and did something incredible!

Imagine working so hard for something, only to have it denied over something as simple as a pair of shoes.

RELATED: College Student Sobs At Graduation Because His Parents Are A No-Show

That’s exactly the situation Daverius Peters faced when he showed up with the wrong shoes at his high school graduation. And if not for an amazing teacher’s act of kindness, this story would have ended in heartbreak.

Like most high school seniors, Daverius Peters was brimming with excitement when he turned up for his Hahnville High School graduation ceremony in Louisiana. But his excitement quickly turned to shock and horror when a student representative refused to let him through the front door.

“She said my shoes violated the dress code and I couldn’t attend the ceremony unless I changed them,” he recalled.

The young man wore the designated purple cap and gown. But instead of “dark dress shoes” mentioned in the school’s graduation ceremony dress code, he wore a pair of black, leather sneakers with white soles.

“I thought I could wear them because they’re black,” Daverius explained.

Everything else about the young man’s outfit adhered to the graduation ceremony dress code. But because he showed up at the graduation with the wrong shoes, the school representative at the door wouldn’t let him inside.

“I was in shock — I felt humiliated,” recalled Daverius. “I just wanted to walk across the stage and get my diploma.”

The shoe debacle presented a huge problem and sent Daverius Peters into a panic.

His family was already inside and the young man was short on options. But God sent him a special angel at just the right time. A kind-hearted teacher named John Butler.

Act Of Kindness From Admirable Teacher

John had worked as a teacher at Hahnville High School for two years. Though, on this day, he was there as a parent for his daughter’s graduation. And when a frantic Daverius ran up to him and explained how he was being barred from graduation over wearing the wrong shoes, John couldn’t believe it.

“Of course, that sounded crazy to me,” the teacher explained. “There was nothing eccentric about his shoes.”

John walked with Daverius to the woman at the front door, “hoping that maybe if she saw me with him, she would let it go.” But she still insisted the student couldn’t attend.

With little time left before the start of the graduation ceremony, John Butler didn’t hesitate to do the right thing. He immediately took the shoes off his own feet and handed them to Daverius Peters.

“It was a no-brainer,” the incredible teacher said. “This was the most important moment in his life up to that point, and I wasn’t going to let him miss it for anything.”

The teacher got some odd looks as he walked to his seat wearing only socks on his feet. But he didn’t care.

“I was just happy to see him receive his diploma,” he said.

When Daverius Peters’ name came across the speaker, the proud young man shuffled across the stage in a pair of loafers two sizes too big for him.

“The shoes were so big; I couldn’t even walk. I was sliding,” he said.

But it didn’t matter. After the wrong shoes nearly kept him from joining the graduation ceremony at all, Daverius was just grateful to be participating.

Meanwhile, the teacher’s shoes had Daverius’ family wondering what on earth was going on! They didn’t know anything about the footwear drama, nor had any idea how close he came to not graduating. In fact, they’d even wondered earlier why a teacher walked in wearing only socks.

“My other son said, ‘Look at that man with no shoes on,’ not knowing it was the man who gave his shoes to his baby brother so that he could walk across the stage,” Daverius’ mom, Jima Smith, recalled.

And once the family heard about what happened, Jima explains “we were very upset” that something as simple as the wrong shoes at graduation nearly ruined the whole day for her son.

“He worked so hard, and for someone to just rip that away from him, that was maddening to me,” she said.

But the extraordinary kindness shown by John Butler brought such a positive note to the ordeal.

“If it wasn’t for Mr. Butler’s kind and thoughtful act, my child would have been sitting outside, and I wouldn’t have known,” she said. “I pray he will continue to work in the public school system because we need more teachers like him. Our young Black men need good role models and mentors like Mr. Butler.”

John Butler’s involvement doesn’t end with loaning out his shoes to a student-in-need. He is already working on addressing the graduation ceremony dress code so something like this doesn’t happen to anyone else in the future.

“Something that small shouldn’t rob a kid from experiencing this major moment,” he said. “It’s something that needs to be thoroughly discussed.”

Daverius’ mom is also planning to speak with the school after the wrong shoes almost got her son barred from his graduation.

“How about if I couldn’t afford to buy him the shoes?” she asked. “This is not just about him; this is about the people that come after him.”

As with any policy that we have in place, any time an opportunity is presented to us to review and to make improvements, we absolutely will follow up on that,” the school’s director of public information, Stevie Crovetto, said.

Teacher’s Act Of Kindness Inspires All

After the graduation ceremony, Daverius Peters immediately found John Butler and returned his shoes. The grateful student also thanked John for saving the day, though he’s always known he could count on the amazing teacher to do the right thing.

“I wasn’t surprised because Mr. Butler is that type of person,” he said. “At school, if you’re having a bad day, he’ll be the one to take you out of class, walk around the school with you and talk to you.”

RELATED: Cameras Rolled As Police Officer Realizes the Student He Pulled Over for Speeding Needs Help

But by stepping in when Daverius wore the wrong shoes at graduation, John only earned more praise from his student.

“He’s a motivator. He’s a hero,” Daverius said of his teacher’s act of kindness.

And the teacher’s act of kindness touched a mother’s heart, too. When Jima Smith couldn’t be there to help her son, it meant the world to know Daverius had a special angel looking out for him.

“He gave the shoes off his own feet to my child,” Jima said. “That says a lot about what type of man he is.”

As for John Butler, the humble hero doesn’t see where he did anything worth so much praise.

YOU MAY ALSO LIKE: Dad Breaks Down Crying As He Drops Son Off At College And It's Got Everyone Tearing Up

What an inspiring reminder of how big of an impact one small act of kindness can have!

LISTEN: Middle School Principal Dug Deeper When Boy Refused To Take His Hat Off In Class