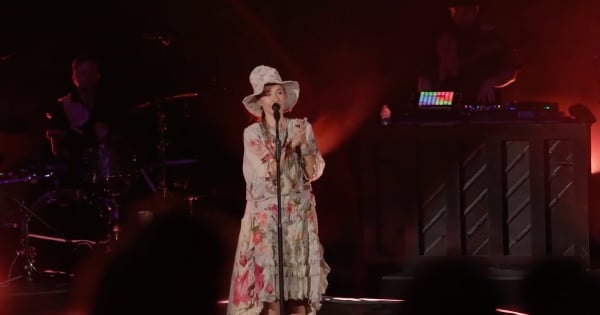 Country superstar Alan Jackson pays tribute to Loretta Lynn by singing ‘Where Her Heart Has Always Been.' This emotional performance hits hard!

On October 4, 2022 country music icon Loretta Lynn died at the age of 90. After decades in the spotlight, Loretta truly left a lasting legacy that will continue to live on.

Now, multiple artists are coming together to celebrate the life of this amazing singer and songwriter.

Then God reached out His tender hand

And gently pulled her home with Him

And brushed away the sorrow from her soul within"

Alan Jackson is a country music icon. For decades, he has given us hit after hit such as ‘Chattahoochee' and ‘Remember When.' From sold out tours to winning almost every country music award created, Alan is truly a legend in the music industry.

Today, Alan Jackson is paying tribute to the late Loretta Lynn with the touching words of ‘Where Her Heart Has Always Been.' This song was originally written for Alan's mother and it's an absolutely fitting tune to honor Loretta.

"And now she’s dancing in the wind

With her true love again

Where her heart has always been

Where her heart has always been"

Loretta Lynn has been called the queen of country music. Her iconic songs have truly stood the test of time and they still resonate with fans today.

Alan Jackson’s beautiful tribute to Loretta Lynn is the perfect way to honor her legacy.

YOU MAY ALSO LIKE: Alan Jackson With ‘Turn Your Eyes Upon Jesus' Is The Perfect Reminder To Let Go And Trust God

WATCH: Alan Jackson Sings ‘Where Her Heart Has Always Been’