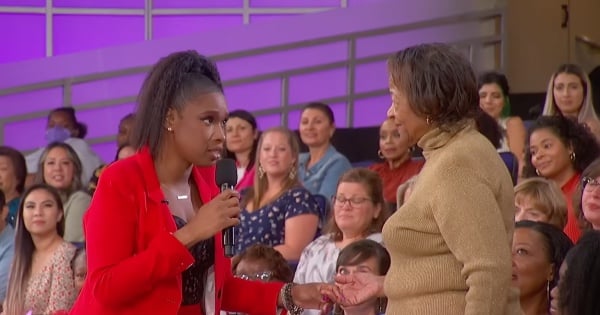 Loretta Lynn’s sisters, Crystal Gayle and Peggy Sue Wright, honor their late sister by belting out the words to “Coal Miner’s Daughter” at the CMT Artists of the Year 2022. And what a powerful tribute it was!

After decades in the spotlight, Loretta truly left a lasting legacy that will continue to live on.

A Tribute To A Country Icon

Loretta Lynn has been called the queen of country music. Her iconic songs have truly stood the test of time and they still resonate with fans today.

Over the years, Loretta wrote every single song that she recorded. The writing was actually more important to her than singing and the fans responded in waves.

Loretta earned titles like ‘trailblazer' and a ‘powerful voice for women.' Her unique style and heartfelt lyrics paved the way for other female voices. So it's only fitting that Loretta Lynn’s own sisters are singing her most famous single.

One viewer on YouTube wrote, "You can hear the pain in their voices. Loretta was a true legendary icon she was a great gift to watch over the years. Crystal and Peggy you did your sister proud."

Another said, "This will always be Loretta’s song but these two just bought a whole new level of depth to this it’s almost as if it’s a sweet lullaby being sung to their sister. The low tones and rifts just gives the chills."

YOU MAY ALSO LIKE: Dolly Parton and Loretta Lynn Pair up for a Medley of Loretta's Songs That's Too Good to Miss

What an incredible way to honor this unforgettable woman.