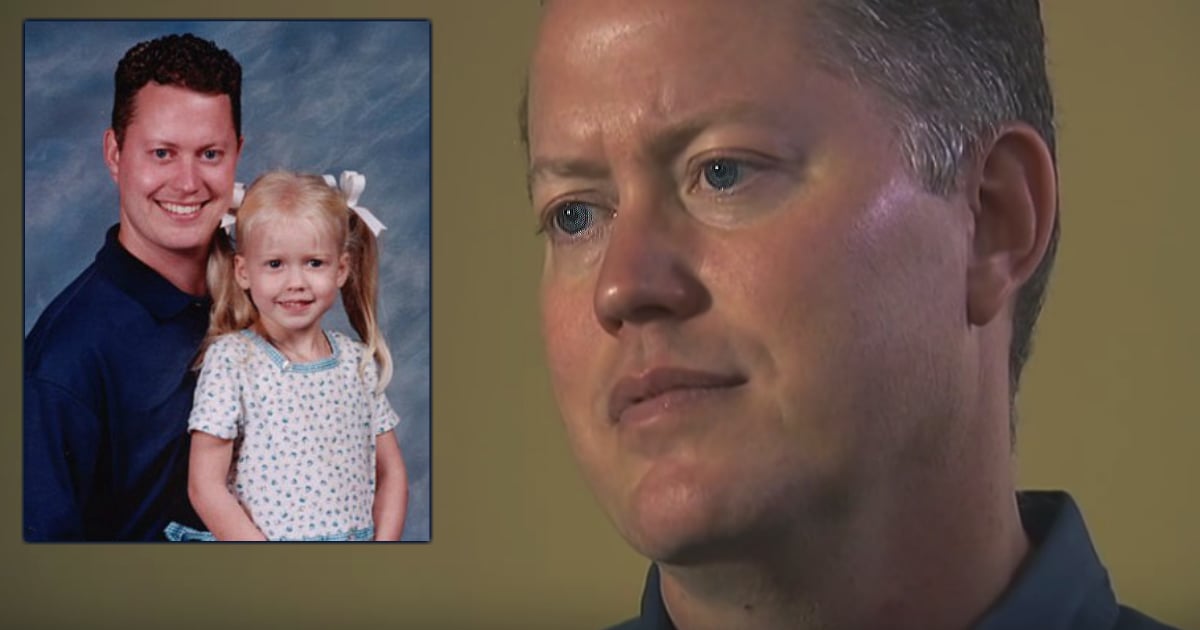 A nearly 12-foot alligator in Texas must have thought he’d found easy prey when he spotted a 4-year-old. But the girl’s dad reacted immediately and shut down the creature’s advances just like that!

Living by the water, it’s not uncommon to see alligators in Texas. But one morning, as Andrew Grande was preparing to leave from work, he noticed more than just a sighting!

5-year-old AJ and 4-year-old Brandalyn were outback with the babysitter, on the dock by the canal behind the house. But as Andrew made his way over to kiss his kids goodbye, he quickly realized they were not alone!

Right by the dock near Andrew’s kids, an alligator’s head was coming out of the water. And the nearly 12-foot beast had zeroed right in on Andrew’s 4-year-old daughter!

“He was headed straight for her, there was no doubt,” he says.

The brave dad wasted no time squaring off with this alligator in Texas. He put himself in the creature’s path, pushing the babysitter and his son through the gate, back into the yard. Andrew then threw his daughter over the fence to safety.

“When I first saw him, the only thing I was thinking of was just getting my daughter, just getting her out of the way, ” he said. “What his intentions were, I’m not 100% sure, but I wasn’t going to find out.”

By then, the alligator was right by Andrew’s feet. Thankfully, though, he didn’t attack. The quick-thinking dad was able to get back inside the fence and the alligator retreated back into the Clear Creek River in Texas.

“He was by far the biggest one we’ve ever seen, and in fact, they have never done that before. Usually, they keep their distance, just pass by,” Andrew said of the alligators in Texas.

This gator was especially large, weighing close to 600 pounds and measuring 11 feet and seven inches long. So, it was a blessing that he didn’t try to attack.

“He was just so big that if he had jumped out he would have just broken the fence, he was just that heavy,” Andrew Grande explained.

The alligator didn’t retreat too far, though, and continued to pop back up several times. So, Andrew called the game warden. An alligator hunter came out, captured the huge animal, and relocated it to an alligator rescue in Texas.

YOU MAY ALSO LIKE: Bizarre Kidnapping Plot Foiled By Police

Thankfully, everyone is safe. And this brave dad proved he was willing to do anything to protect his children!