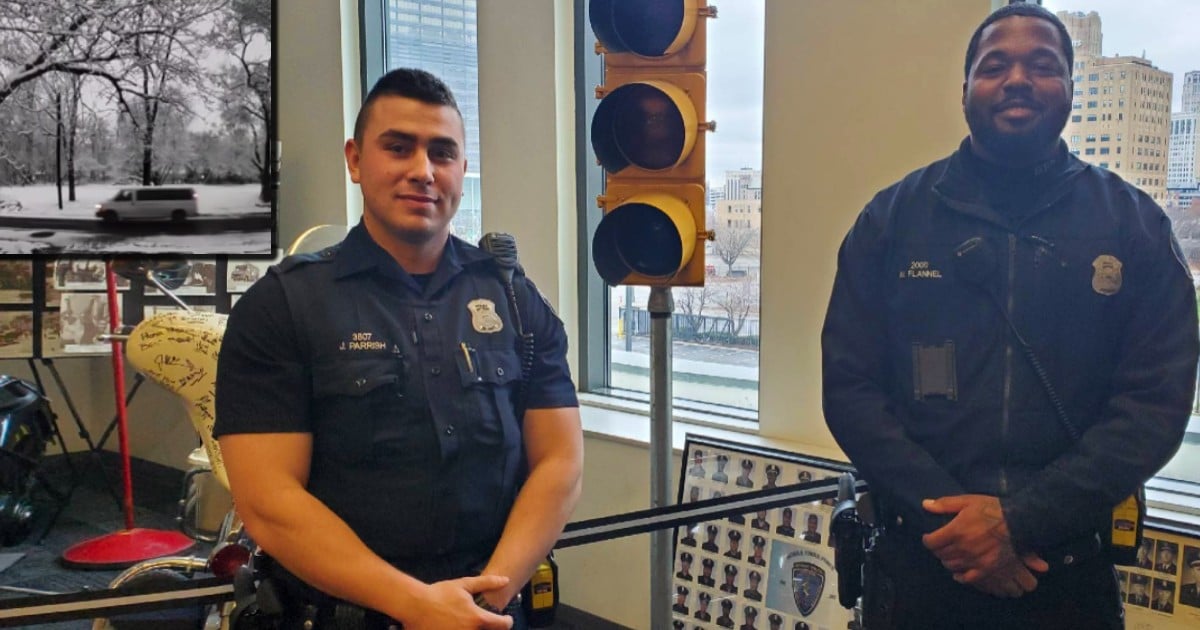 A brave Amazon driver saves a woman named Lauren Ray, along with her small dog, when another seemingly friendly animal turns dangerous.

Watch as Lauren Ray, a Las Vegas teen, beckons a pit bull over after she spots it visiting the neighborhood. The dog strolls over and appears friendly until Lauren's dog Max enters the scene.

Max has come from inside the home through the door left ajar when Lauren came outside. And, when Max approaches with perhaps play in mind, the pit bull wants none of it!

A couple of sniffs leads to a full-on assault of Max. Lauren quickly scoops Max up, but the pit bull continues to lunge at Max, now in Lauren's arms. Lauren tries to escape the pit bull's attack, and all the while, Lauren's dad was seeing the event through the Ring Security App as he sped home. Describing the situation like watching a football game on television, Michael Ray drove home in "panic mode" as he screamed at his daughter to get inside the house.

Finally, a hero responds to Lauren's screams for help! It isn't a police officer or an EMT. It's Amazon delivery driver Stephanie Lontz, and she is a woman on a mission.

Stephanie jumps in front of the menacing pit bull, stopping him from going after Lauren and Max. Stephanie directs the teen to get in the house as she keeps the hateful hound at bay. She's fearless!

Once Lauren and Max are safely indoors, Stephanie is back to business. She gives the pit bull a parting shot, shouting that he is "a bad dog." Then she's on her way! And, the pit bull has gone from a welcomed to a wholly unwanted guest!

Michael and Lauren thanked Stephanie for her heroism, and that exchange is captured here in the video. Confirming that Max is okay, Stephanie is completely unassuming and genuine. She did share with Your Tango that being an Amazon driver comes with a fair share of adventures. “Two days prior I had been bit by a dog. Two days before that, I saved a baby who wasn't even two years old yet locked in a house," said Stephanie.

No doubt, if Stephanie is ever interested in another line of work, she's got several options to choose from. It's safe to assume that she's capable of just about anything!

YOU MAY ALSO LIKE: Amazon Driver Headed Down an Unfamiliar Route When ‘Something' Led Her to a Man in Danger

"But the Lord is faithful, and he will strengthen you and protect you from the evil one." 2 Thessalonians 3:3