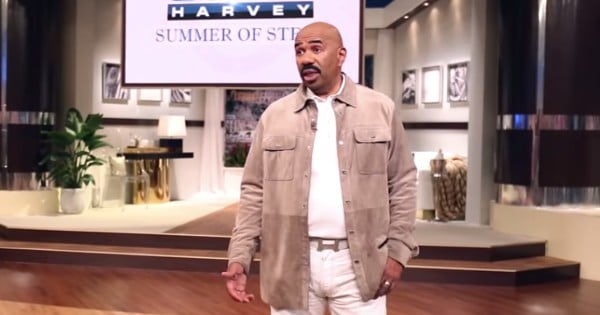 When Amy Grant’s accident landed her in the hospital, the Christian celebrity’s daughter, Corrina, paid her a beautiful tribute. Amy’s youngest child with Vince Gill stepped on stage and sang a beautiful rendition of ‘When My Momma Prays.’ If this isn't what it means to raise up a child, I don't know what is!

We raise kids knowing one day they will leave the nest. We hope and pray they will become everything God has planned for each and every one of them to become. Sometimes we worry ourselves silly late at night if our kids know how much we love them.

RELATED: Vince Gill Sings ‘When My Amy Prayers' With Daughter Corrina And It's So Touching

When Corrina came to the stage and began singing, I imagine she put all of Amy Grant's fears to rest following her accident. The love this beautiful twenty-two-year-old child reveals is incredible. What makes her even more special is how much she looks like her mama.

During a concert, Vince Gill introduced his daughter and the song she would perform on behalf of her mama, Amy. Vince then explained how Amy Grant had been in a bike accident which was also announced on Amy's Facebook page.

From the sounds of the accident, it had been pretty severe because it had Corrina tearing up at the end of her performance.

"We haven't been doing the song much, but because of her accident and everything she's been going through, we've been thinking a lot about her, and I thought how sweet it would be for her youngest to sing the song I wrote for her," Vince stated.

It was absolutely the most touching tribute to witness Corrina and Vince perform together. Vince sat behind his daughter and played his guitar as Corrina took to the stage and sang one of the sweetest songs about prayer and motherhood.

After her performance, Corrina humbly took a bow and waved to the crowd before hugging herself. The audience was so moved by her emotions and beautiful voice, that she received a standing ovation. I definitely think there were quite a few parents in the audience too. The song lyrics truly hit home about what it means when a mother prays for her child. We hope you enjoy this touching video!

YOU MAY ALSO LIKE: Amy Grant Talks Marriage And Blending Families With Vince Gill

Proverbs 31:28 "Her children arise and call her blessed; her husband also, and he praises her."