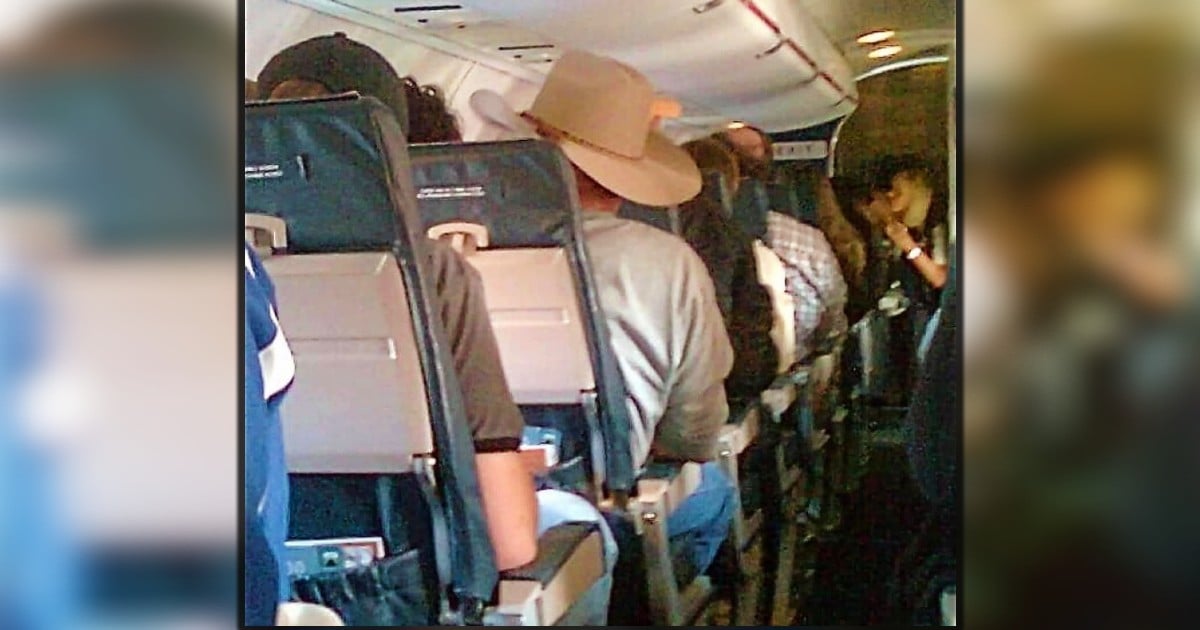 88-year-old Sister DePaul Stava flawlessly delivers a hilarious Bible joke about constipation and has everyone cracking up!

Sometimes, people see religion as stuffy and uptight. But just because you take your faith seriously doesn’t mean you can’t have fun.

RELATED: New Pastor Was Visiting Homes & Is In Stitches After Finding Note With Bible Verse In Offering Plate

God wants us to experience joy, happiness, and laughter. In fact, if you take a look at Proverbs 17:22, you’ll see that “a merry heart does good like a medicine.”

And Sister DePaul Stava is proving just that as she tells a joke about constipation involving five men from the Bible.

Sister DePaul Stava is a member of the Benedictine Sisters Of The Sacred Heart in Lisle, Illinois. There, they describe the 88-year-old nun as having the gift of keeping things “light-hearted and playful.”

And that certainly seems to be the case based upon a hilarious video of the woman making its rounds on social media!

In the video, Sister DePaul asks, “Did you hear about the five constipated men of the Bible?”

She then goes on to share her funny Bible joke by referencing five different figures from the Bible, along with Scripture-based “evidence” pointing to constipation. For example, Cain — “He wasn’t Able.”

Watch the video below for a good laugh as the nun provides four more Biblical “examples” of constipation!

You can tell, this sweet lady has a wonderful sense of humor. And while her joking around is good fun, God has also given Sister DePaul’s playful spirit a special purpose!

Sister DePaul Stava is one of many nuns and priests participating in a religious orders study with Rush University and Emory University. The purpose of this 25-year-long study is to better understand why some people “stay sharp until the end of life” and others start suffering from cognitive decline as early as their sixties.

RELATED: There Are Many Different Names For God But This Little Girl Insists God's Name Is Howard

Sister DePaul loves to entertain people by telling jokes and playing her harmonica. And according to the study, the nun’s humor and positive outlook may actually be helping to protect her from dementia. Sounds just like the good medicine of a cheerful heart mentioned in Proverbs 17:22, doesn’t it?

The data gathered by the study thus far seems to suggest lifestyle factors can help compensate, delay, and prevent dementia. Things like being socially and physically active, having a purpose in your life, maintaining a healthy diet, learning a different language (including music), and yes, using humor!

In addition to contributing to the study while alive, participants like Sister DePaul will also donate their brains to the study after death for further research. When asked how she felt about the brain donation, Sister DePaul laughingly replied, “I’m dead, what do I care?”

Just as she has spent her life serving God’s purpose, that service toward helping others will continue after the Lord calls her soul home. But in the meantime, this feisty, entertaining woman will continue using humor like her Bible joke about constipation to stave off cognitive decline.

Please be sure to share this story with someone who could use a good laugh!

YOU MAY ALSO LIKE: 80+ Funny Church Bloopers to Make You Smile

And you can learn more about the research study from the video below.