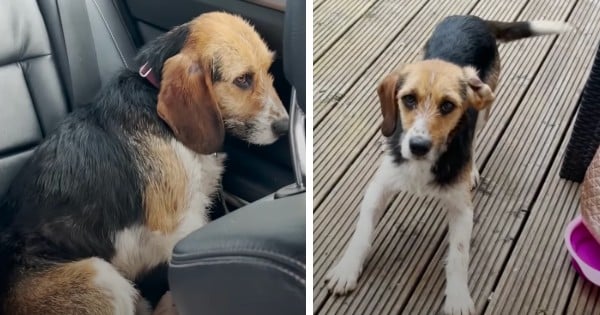 In case you didn't know, Arizona is bobcats territory. But what would you do if you had a cat with very powerful jaws and claws snoozing on your front porch. . . one that wouldn't leave?

Kate Smith has lived in Arizona for a few decades and has had only one other encounter with a bobcat. But this encounter went viral after she posted a photo of a family of bobcats taking over her front porch!

Here's the story behind the viral bobcat family photo and why the homeowner can't make them leave.

Like all Arizona residents, Kate loves seeing bobcats in their natural territory. In the desert, far from humans. But one day she came home to find a mama and her two cubs.

So this is my front porch right now. 😳😳😳 #Friday #bobcats #arizona pic.twitter.com/lQZH6yYjGx

Kate called the Arizona Fish and Game Department but she never expected the answer they gave. She learned if she were to request to have the family relocated, they would not survive.

“The answer they gave me was that if you take them out of their territory, they typically don’t survive, so I said ‘oh, forget it,” Kate commented. “They’re territorial, so if you plop them down in an area they’re unfamiliar with, they usually won’t make it.”

The cubs wouldn't survive and the mother wouldn't stand a chance trying to hunt or defend her babies in another's territory. So, Kate had two choices, put up with a few unexpected, but cute house guests or let them take their chances in a predatory world.

Not wanting to endanger unsuspecting humans or this precious mama and her cubs, Kate came up with a game plan. She contacted friends and neighbors to inform them to stay out of her front yard. She then put up a sign warning delivery drivers and then grounded her dog. And all of that was a month ago.

For four weeks, Kate’s front porch became the bobcats’ territory. This little family used it as a family cave. And from the photos she's posted, it doesn't seem too bad. She gets to witness these majestic creatures romp and play while their mama ensures they survive. As soon as they are old enough to hunt on their own, the family will move on and Kate will be left with a memory of this bizarre, somewhat scary, and incredible memory!

YOU MAY ALSO LIKE: Man Steps Outside To Find His Cat And Spots A Mountain Lion Watching Kids

"Do nothing from selfish ambition or conceit, but in humility count others more significant than yourselves. Let each of you look not only to his own interests but also to the interests of others." Philippians 2:3-4

WATCH: Story Behind the Viral Bobcat Family Photo And Why The Homeowner Can’t Make Them Leave