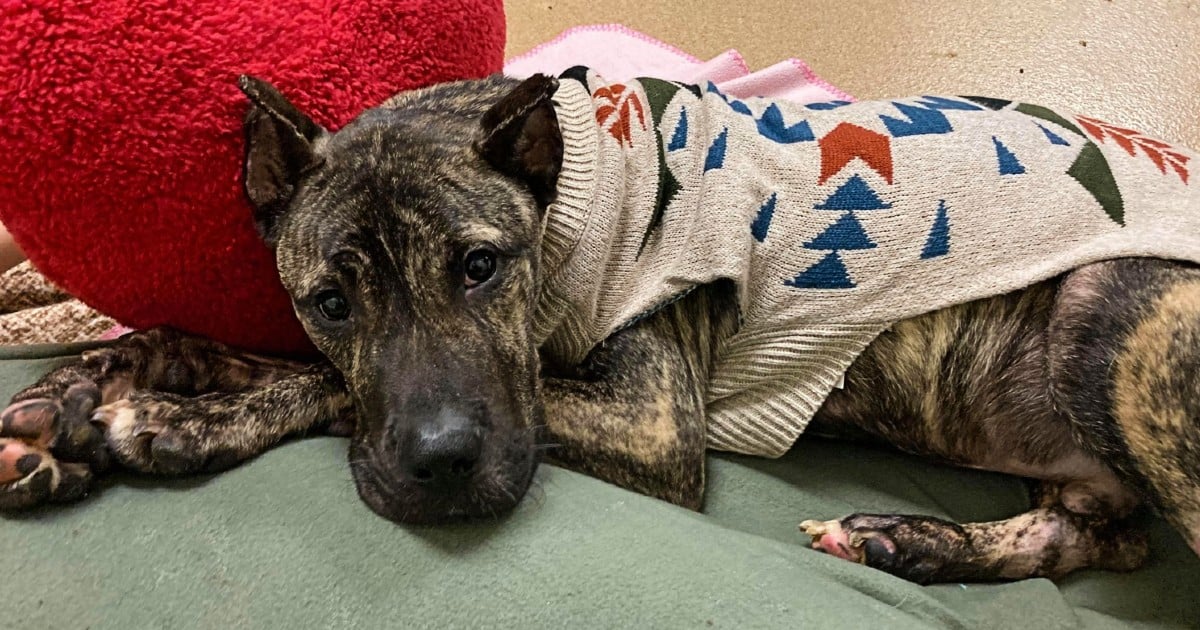 When doctors diagnosed both children with forms of cancer, Claire Bruce, a mom from Scotland, found herself in a “living nightmare.” But she remained positive and God saw the family through these difficult times.

As a parent, you want to keep your kids safe from harm. But there are just some things we are powerless to prevent.

RELATED: Doctors Said Having 2 Kids With This Rare Disease Was Impossible - They Were Wrong

Sadly, Claire Bruce found herself in this exact situation when doctors handed a terrible diagnosis to not just one of her daughters, but both children.

Shortly after the mom gave birth to her first daughter, Lacey, she realized something was very wrong.

“It was just constant screaming,” Claire recalled. “I was a new mum and was still figuring everything out but I knew it wasn’t right.”

At first, doctors blamed a viral infection. But repeated visits to the hospital proved something more serious was at play. And at 7 months old, doctors diagnosed little Lacey with Acute Myeloid Leukaemia (AML).

“Lacey was so ill by the time she was diagnosed that she was airlifted to Yorkhill Children's Hospital in Glasgow,” Claire shares. “She was then put into an induced coma for two weeks and onto a ventilator because she couldn't breathe on her own.”

It was horrifying for Claire to learn her baby girl had cancer. But what she didn’t know at the time was the horrible disease would eventually plague both her children.

Lacey went through five rounds of intense chemotherapy. The little fighter endured it all and thankfully the treatments worked. She came out the other side with the all-clear.

When Claire Bruce became pregnant with another baby girl a few years later, she never expected to go through a similar journey. But sadly, both children had to fight cancer in order to be here.

Claire could hardly believe it when her second daughter, Imogen, became unwell. Doctors found she had an enlarged spleen and then discovered, like her sister, she suffered from a form of leukemia.

“It was just living a nightmare finding that out but you try and keep going,” Claire said. “That night Imogen was diagnosed with ALL – Acute Lymphoblastic Leukaemia and started treatment straight away.”

The family traveled a grueling 110 miles round trip three times a week so Imogen could receive her treatments. And as if that wasn’t challenging enough, the regimen took an awful toll on the girl’s tiny body.

“Imogen didn't tolerate treatment well and was inpatient slot during the first ten months, she also needed a lot more transfusions than she should have,” Claire recalled. “Times were hard watching a second child suffer, but the end goal is worth it.”

Thankfully, Imogen was just as strong of a fighter as her sister. And at age six, she is preparing to have her final session of maintenance therapy. And as agonizing as it was to watch both children battle cancer, Claire Bruce is counting her blessings.

“It is really unlucky for both of your children to be diagnosed with cancer — but it is extremely lucky for them both to survive,” she says. “That has to be my view of it all, you have to be grateful for what you have got.”

Of course, we know luck has nothing to do with it. God had His hand on both children, carrying them safely through the awful disease.

RELATED: Actress Christina Applegate Hears Of 2 Sisters In Dire Need, Then Champions To Save Their Lives

Now, as Imogen prepares for her last treatment, the family is looking forward to both Lacey and Imogen enjoying a “normal” life.

“Treatments have been such a big part of her life for so long, I can’t wait for her to enjoy a normal child’s life — to go out playing with her pals, to go to school, to have a bath,” Claire says.

Helping Others In Similar Circumstances

The journey of both her children has also inspired the mom to give back in a special way. She plans to join the Arctic trek benefiting the When You Wish Upon a Star charity. This is an organization granting wishes from children facing terminal illnesses.

“I want to just help people who have been in our position,” Claire explained. “There is nothing more special than the smile on a child’s face.”

Additionally, in the same week that Imogen becomes free of treatments, Claire and her partner, Michael, will celebrate by getting married. And from there, the parents will enjoy God’s blessing of more time to spend with both children.

“The past ten years have been absolutely crazy and I really hope that June will be a chance to put that all in the past, move on and enjoy a normal life together as a family,” says Claire Bruce.

YOU MAY ALSO LIKE: These Twins Are Identical And Share The Same Condition But Look Absolutely Nothing Alike

“Being glad in hope, quiet in trouble, at all times given to prayer” Romans 12:12

“For whoever shall call upon the name of the Lord shall be saved.” Romans 10:13