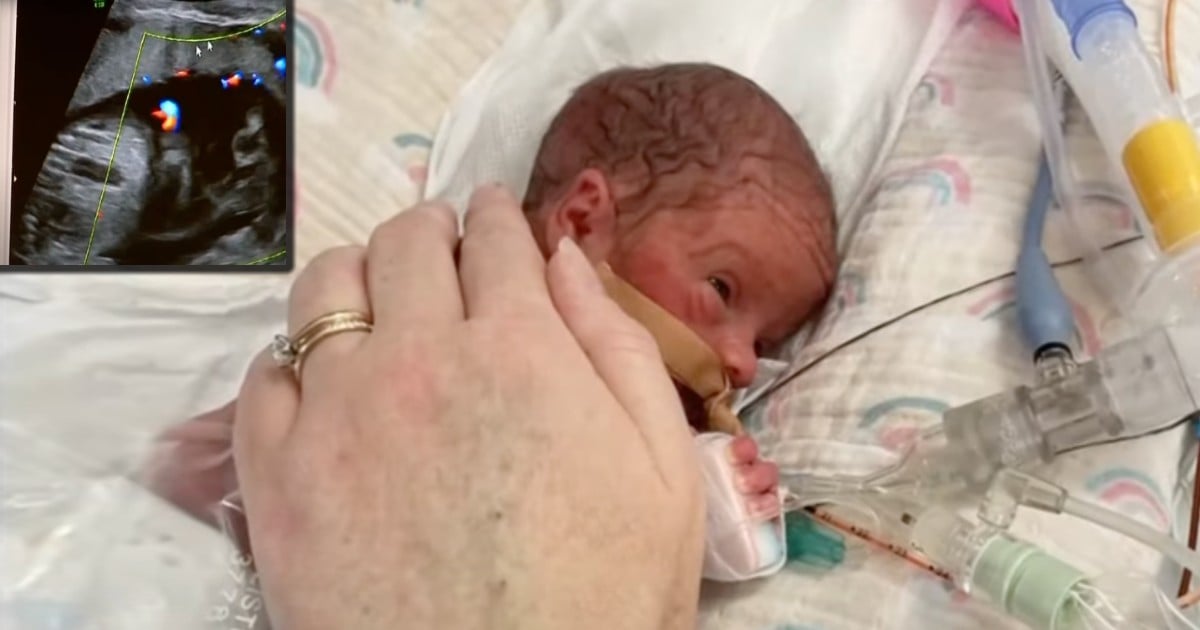 When a 1-month-old boy stopped breathing, his desperate mom started screaming for help. Senior Corporal Sergio Perez just so happened to be pulling into the McDonald’s parking lot right at the exact moment of the emergency. And the Dallas police officer knows luck has nothing to do with the perfect timing!

On the night the rescue occurred, Dallas Police Department’s Senior Corporal Sergio Perez had been working on training his K9 partner Goro. It also just so happened to be Sergio’s birthday.

RELATED: Her Son Got Sick And Suddenly Stopped Breathing, But Then A Guardian Angel Showed Up

As the pair took a break from training, Sergio decided to reward Goro with a special treat — chicken nuggets from McDonald’s.

However, no sooner than Senior Corporal Perez pulled into the parking lot, he began hearing frantic screams from a woman.

“So I pulled up to see what was going on and a female came around the corner holding a child on her shoulders,” he recalled.

The 1-year-old boy stopped breathing and his mother didn’t know what to do. Fortunately, however, God put just the right person in her path!

WATCH: Police Officer Jumps In To Save Boy Who Stopped Breathing

“My training kicked in, I stayed calm, just kept talking to the child and reassuring mom that everything was gonna be okay,” he said.

The Dallas police officer began administering CPR. And though certified, this was actually his first time performing CPR outside of training. Sergio’s body camera caught filmed the tense moments where he worked to save the boy who’d stopped breathing. And at last, he succeeds and shares the good news with the toddler’s terrified mom.

Rescue For Boy Who Stopped Breathing

Next, the boy begins having a seizure. But Senior Corporal Perez is there the whole time, consoling and comforting the child.

"It's a cliché, you know? Just here at the right time. To protect and serve, if you will,” he recalled. “I was just glad I was able to help her child.”

RELATED: 3-Month-Old Baby Stopped Breathing On A Plane But God Put The Right Person In The Right Place

By this point, paramedics arrived and Sergio cradles the boy in his arms while rushing to get him in the ambulance.

“Being a father myself, I’m glad I was able to be there,” he said of the intense rescue.

The hospital later confirmed both the boy who’d stopped breathing and his mother were doing ok. And many have hailed Senior Corporal Sergio Perez as a hero. However, the Dallas police officer insists he was just doing his job. And not just his job as an officer, but answering the calling from his Heavenly Father. Sergio was simply doing what he’d been put there to do.

“I believe that God put me here that night for that reason because I normally don’t give Goro nuggets,” he explained. “But that night I said since we were doing real good on training I said — you know what, my partner deserves some nuggets tonight.”

That split-second decision ended up saving a life. And it’s just so amazing to see how God can use something as simple as a trip to McDonald’s to do His work!

“And therefore will the LORD wait, that he may be gracious to you,

and therefore will he be exalted, that he may have mercy on you:

for the LORD is a God of judgment:

LISTEN: Police Officer Adopts Baby After Mother Leaves | Girls Got Lost But A Furry Angel Watched Over Them