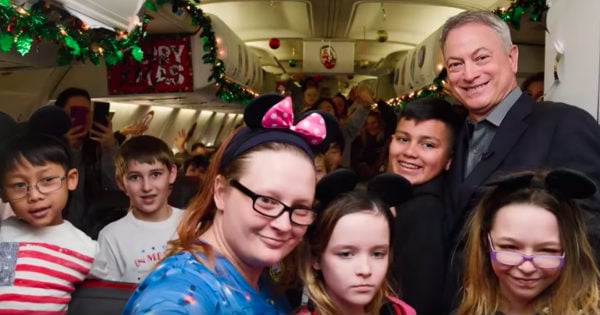 Rock star Brian Welch shares about how he found God after years of drug addiction and mocking religion. During his lowest point, Brian started desperately praying to God for help.

Brian is best known for playing guitar in the heavy metal rock band Korn. But many people do not know that Brian left that world behind in 2005 when he became a born again Christian. Welch even overcame his battle with drug addiction after handing it all over to God.

RELATED: Drug Addict Finds God After A Murder And Her Own Grandkids Opened Her Eyes

For years, he used meth and other drugs to mask his inner pain. After visiting rehab centers, Brian even contemplated suicide. During this time, the rocker was also obsessed with money.

He always strived to find new ways to grow his wealth and eventually teamed up with a group of realtors for a real estate deal. These particular realtors were Christians and Brian knew there was something different about them.

After noticing his altered state, the acquaintances started to speak to Brian. "They ended up just talking to me and they invited me to go to church one day."

What started out as a means to surround himself with sober individuals became a life-changing experience for the artist. Brian said, "I went home and I started praying to God like I had been a Christian for 20 years. I was desperate."

YOU MAY ALSO LIKE: Foster Mom Of Baby Boy Addicted To Drugs Sees Things Differently

Now, the guitarist continues to tour with his rock band but he also uses his unique opportunities and wide audience to spread the gospel. God helped this unlikely musician overcome his deadly addiction and become a man of faith.

There is truly nothing that our Lord cannot do. Amen!