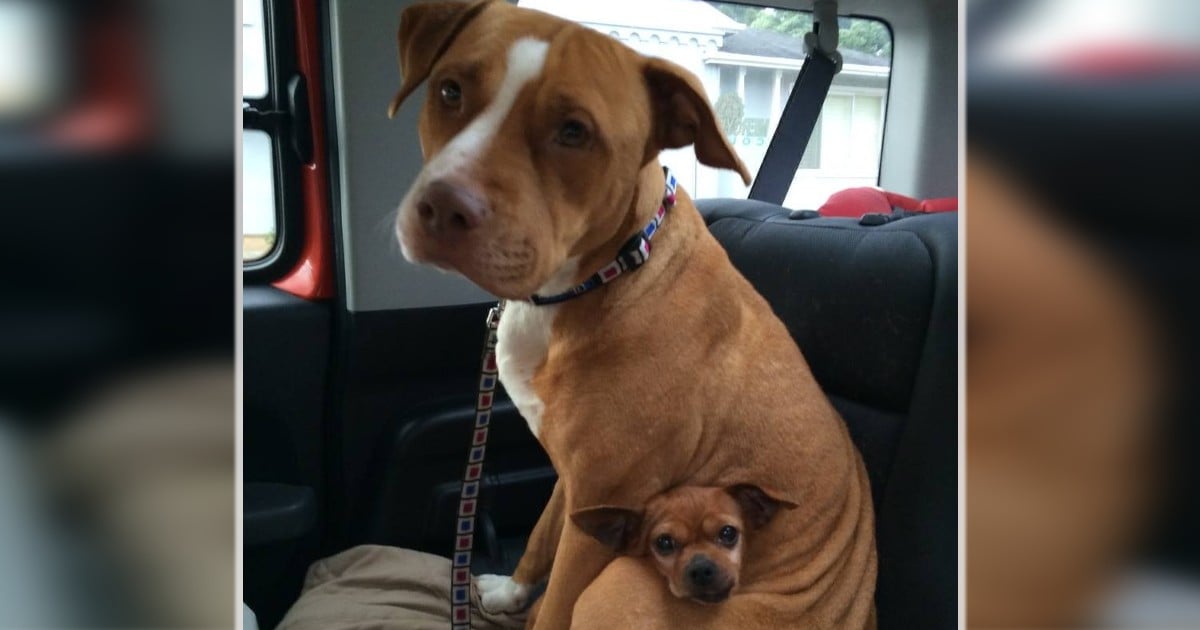 Caring for a newborn puppy isn't easy. But one pup needed some life-or-death help after losing his mother and siblings due to complications during childbirth. Newborn pup, Lucky, was just fighting to stay alive.

At just three days old, a Good Samaritan named Clanay stepped in for Lucky, an orphaned pup in need of serious help.

RELATED: Couple Finds Orphaned Puppy on Vacation And Dog's Reaction to Being Rescued Is Just Precious

It wasn’t easy but Clanay dedicated all of her time to caring for the newborn puppy. And thanks to the help and support from his new loving owner, Lucky managed to pull through his complications. The sweet guy went on to live a happy puppy dog life!

After neighbors reported hearing cries and whimpering in their LA County neighborhood, a distressed newborn puppy was found nearby. They found the puppy trapped underneath his own mother who passed away as a result of complications during childbirth. Upon his discovery, pet groomer and dog lover, Clanay Reza, took him in with open arms and began to nurse Lucky back to health.

Lucky came to Clanay at just 3 days old. He was suffering from a bad eye infection and covered in fleas and ticks.

From then on, Clanay kept Lucky under constant surveillance. She described caring for the newborn puppy as similar to a mother spending sleepless nights with her baby.

With time Lucky's health consistently improved, and within weeks he began opening his eyes and learning to walk and bark.

The opening of Lucky's eyes came as a pleasant surprise to his new owner, who feared his eye infection would have rendered Lucky completely blind. Clanay described seeing Lucky open his eyes as "like the biggest gift ever".

As Lucky got older, he visited a veterinarian specialist. The specialist determined he was albino and decided that they needed to remove one eye.

Now Lucky is happier and healthier than ever in his new home and has even inspired Clanay's new pet grooming business, 2nd Chance Mobile Grooming.

YOU MAY ALSO LIKE: Mama Dog Grieving The Loss Of Her Puppies Gets A 2nd Chance at Love