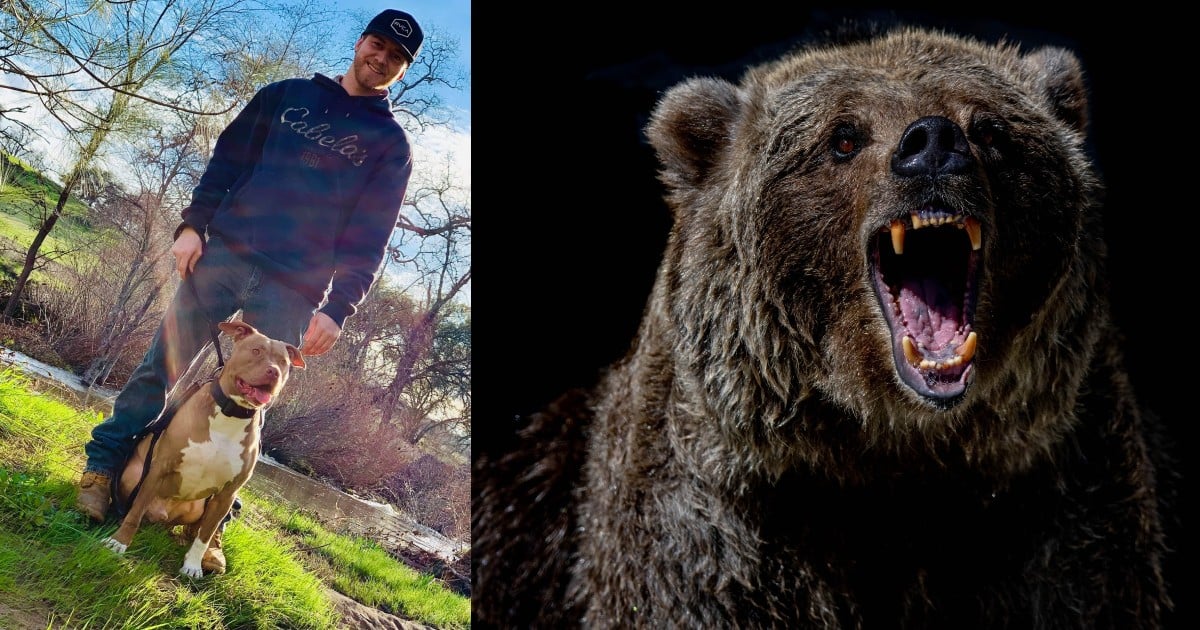 While on vacation in Puerto Rico, Brian Fair and Victoria Martinez found themselves caring for an orphaned puppy they discovered in the woods. And what a touching animal rescue story!

Brian Fair and Victoria Martinez were on vacation in Puerto Rico, visiting Victoria’s family when they made an incredible discovery.

While walking through the tropical woods, Brian noticed some movement in the lush foliage. To their shock and amazement, a tiny puppy who was all alone crawled out of the thick underbrush.

“Who could leave a baby like that?” someone remarked in the video of the group rescuing the orphaned dog.

They started calling the dog Taino and took him back to where they were staying with Victoria’s grandparents. They spent the vacation caring for the orphaned puppy and completely falling in love with him.

Brian and Victoria knew Taino needed to come home with them to the United States. But they worried the process of bringing him back would be long and complicated.

Thankfully, it wasn’t! When it came time to head back the US, Taino joined his parents on the airplane and soon arrived at his new forever home.

Caring For An Orphaned Puppy

Taino loved his new family and his new home. But while Brian and Victoria were caring for the orphaned puppy, they noticed something wasn’t quite right.

A bump on Taino’s leg worried them, as did his slight limp. The pup didn’t seem to be in any pain but over the weeks, it became more and more pronounced.

X-rays revealed that, long before Brian and Victoria rescued him, Taino had sustained a serious injury to his leg. It’s possible he may have even been hit by a car. And now, the vet would need to perform a costly surgery in the hopes of fixing the bone.

RELATED: Abandoned Dog Found In Bathroom With A Letter Explaining Everything

That’s when the couple asked others to help in caring for the orphaned puppy. A GoFundMe campaign succeeded in raising all of the money needed to get Taino the help he so desperately needed.

Brian Fair and Victoria Martinez fretted the whole time their fur baby was in surgery. It was a complicated procedure and so much could go wrong. But God’s angels were watching over this sweet pup and guiding the hands of his vet!

“It went as perfect as it possibly could have gone,” Brian said.

Now, Taino is living his best life with his beloved humans. But the happy ending wasn’t just for Taino.

A post shared by Taíno The Rescue 🇵🇷 (@taino_the_rescue)

While Brian and Victoria may have been the ones rescuing and caring for the orphaned puppy, Taino also changed their lives. He filled a void they didn’t even know existed and opened their hearts to the purest form of love our pets give us.

YOU MAY ALSO LIKE: Gut-Wrenching Photo Of Adopted Son Caring For Dying Dog: ‘I Know How It Feels Not To Be Loved'

What a beautiful reminder of what a great blessing our pets are to us!

WATCH: Couple Finds And Cares For An Orphaned Puppy While On Vacation