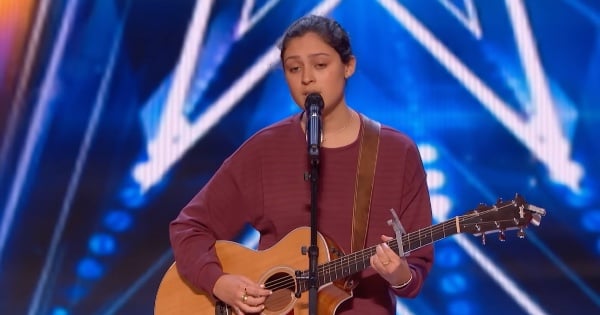 The Chapel Hart trio decided Dolly Parton’s ‘Jolene’ was due for an update. And after blowing everyone away on America’s Got Talent, these ladies are sure to be country music’s next superstars!

From the moment they stepped on the stage, we knew they were something special. The trio is made of family, two sisters — Danica and Devlyn Hart — and their first cousin, Trea Swindle.

Rooted in Mississippi, the Chapel Hart trio grew up on Dolly Parton. With a nod to their beloved icon, the trio wrote an original of their own titled, ‘You Can Have Him, Jolene' which is a follow-up to Dolly's original, ‘Jolene.'

Danica explained why they wrote the cheeky song, “We were so inspired by the song ‘Jolene;’ we just love the storyline. And we figured, though, from 1973 to 2022, we could not still be fighting over the same man, so we decided to tell her, ‘You can just have him, Jolene.’"

The high-energy country song had the crowd cheering and the judges dancing. By the time they finished their performance, the audience was chanting for the Golden Buzzer.

But this is where it gets interesting.

The Judges had already hit the Golden Buzzer this season, it's against the rules to use it again. For a moment, as the judges deliberated about what to do, the crowd was stunned to silence while Chapel Hart hoped for the best outcome on the stage.

Suddenly, all the judges brought their hands down together to hit the Golden Buzzer! They knew the Chapel Hart trio was too incredible of a group with their talent, energy, and love of music to pass up.

"Trust me, I needed you today. I mean, that was fantastic,” Simon said. “I love you, and I love the choreography going on around you. It was just brilliant...You've just got to break down that door, and you may have just broken down that door with that performance, trust me," Simon Cowell said.

The trio shared that it had been hard for them to break into Nashville because they don't ‘look' like country music.

Howie Mandel added, “I love the song, I love the energy, I love the look. You say country music doesn't look like you; that is your win, because you are going to be the original."

And praise for the Chapel Hart trio didn’t just come from the AGT judges. Dolly Parton herself later commented on Twitter, saying, “What a fun new take on my song, @ChapelHartBand! Carl’s birthday is today so I think I’ll hang on to him, and I’m not notifying Jolene that today is his birthday.”

YOU MAY ALSO LIKE: Dolly Parton Humbly ‘Bows Out' of Rock and Roll Hall of Fame Nominations for Being Unworthy

If you love Dolly Parton as much as we do, you will enjoy this incredible trio and their performance!