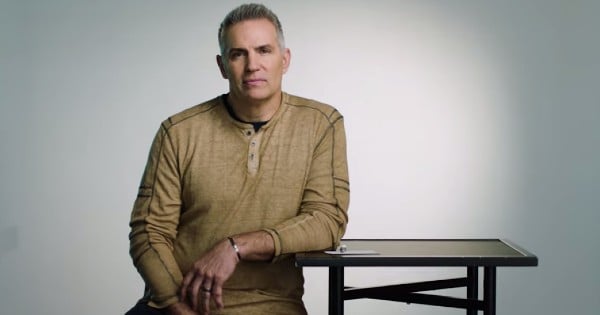 Actor and comedian Chris Tucker today is a Christian celebrity devoted to his faith. So, when he received an offer for a film conflicting with his Christian beliefs, Chris turned it down even though it cost him $10 million!

Many recognize Chris Tucker from the Rush Hour movies he starred in with Jackie Chan. But some may also remember him from the R-rated 1995 film Friday.

Friday told the story of two marijuana-smoking friends and ended up grossing $27 million. But not long after appearing in the film, Chris gave his heart over to Jesus.

Becoming a born-again Christian changed the types of movie roles Chris Tucker would consider and it also impacted his stand-up comedy.

"I never was a raunchy, raunchy comic but I didn't think about what I was saying because I was young," he said.

As a comedian, Chris Tucker today keeps his stand-up clean and free of foul language. And though some comics might see that as too challenging, Chris believes it actually makes him better at his craft.

“Being a Christian helps me in comedy. I have to talk about other stuff,” he explained.
“Normally, most comics talk about stuff that's easy-maybe cussing or saying something raunchy. I have to dig deeper to find something that's still funny and not raunchy. It's harder. I like the challenge.”

Accepting Christ means turning away from the ways of this world and choosing to live in a way that honors Jesus. And this crossroads came for Chris Tucker after giving his life over to the Lord.

When Ice Cube, Chris’ co-star from the film Friday, approached him about filming Next Friday, Chris shocked him by turning the role down.

“We were ready to pay Chris Tucker $10-12m to do Next Friday, but he turned us down for religious reasons,” Ice Cube revealed on social media. “He didn’t want to cuss or smoke weed on camera anymore.”

We were ready to pay Chris Tucker $10-12m to do Next Friday but he turned us down for religious reasons. He didn't want to cuss or smoke weed on camera anymore. https://t.co/1pfo1FHWzp

Chris Tucker today is a different man than when he first appeared in the movie, Friday.

And because the message of the film didn’t align with his Christian values, he knew turning down a role in the sequel was the right thing to do, no matter what it cost him.

“One of the reasons why I didn’t do the second one [was] because of the weed,” he said. “Because I said, ‘Man, that movie became a phenomenon. … I don’t want everybody smoking weed.’... It probably was good for me [to turn it down] because it kept me moving, you know, to the next phase and next movies. But that was one of the reasons. I said I didn’t want to … get everybody smoking weed.”

YOU MAY ALSO LIKE: Chuck Norris Reveals His Mom Prayed For Him When He Nearly Lost His Soul To Hollywood

Way to go Chris! It’s great to see a person with such strong values in Hollywood!