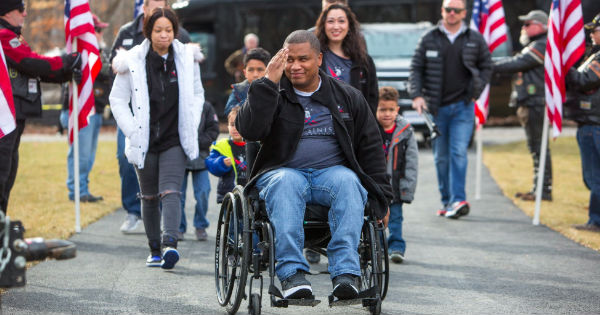 This Pennywise-inspired clown dance routine on The Greatest Dancer is chilling in so many ways. 16-year-old Harrison certainly found a way to combine creepy with spectacular in this stunning audition!

This British TV show follows dancers of all ages and genres as they compete for prize money and the chance to appear on Strictly Come Dancing.

At first, the dancer or group is hidden behind a wall. Then, as they start to perform, the audience is given the chance to vote on the audition. If more than 75 percent of the audience likes the dancer, the mirrored-wall will open and the dancer moves on to the next round.

When 16-year-old Harrison stepped onto the stage, the audience and judges were not sure what to expect. In fact, some of them even looked downright scared!

Chilling Audition On The Greatest Dancer

Harrison was committed to his contemporary clown dance routine audition, dressed as Pennywise, the evil clown from the film It. Just watch as Harrison stands in silence holding a single, red balloon.

But then the music starts and this teen dancer starts to come alive. Move after move, Harrison showed off his impressive dance skills as he led us all on a journey of emotions. He easily earned the audience's vote and much praise form the judges.

Judge Cheryl said, "You were fantastic, you didn't break character from the beginning to the end."

In fact, dancing in character is a key factor in each one of Harrison's routines. He enjoys finding a theme and telling a story through the beautiful art of dance.

YOU MAY ALSO LIKE: Unique Dance Routine With Ball Wows On The Greatest Dancer

Harrison is certainly a serious contender on The Greatest Dancer. Who else is curious to see what this young man does next?