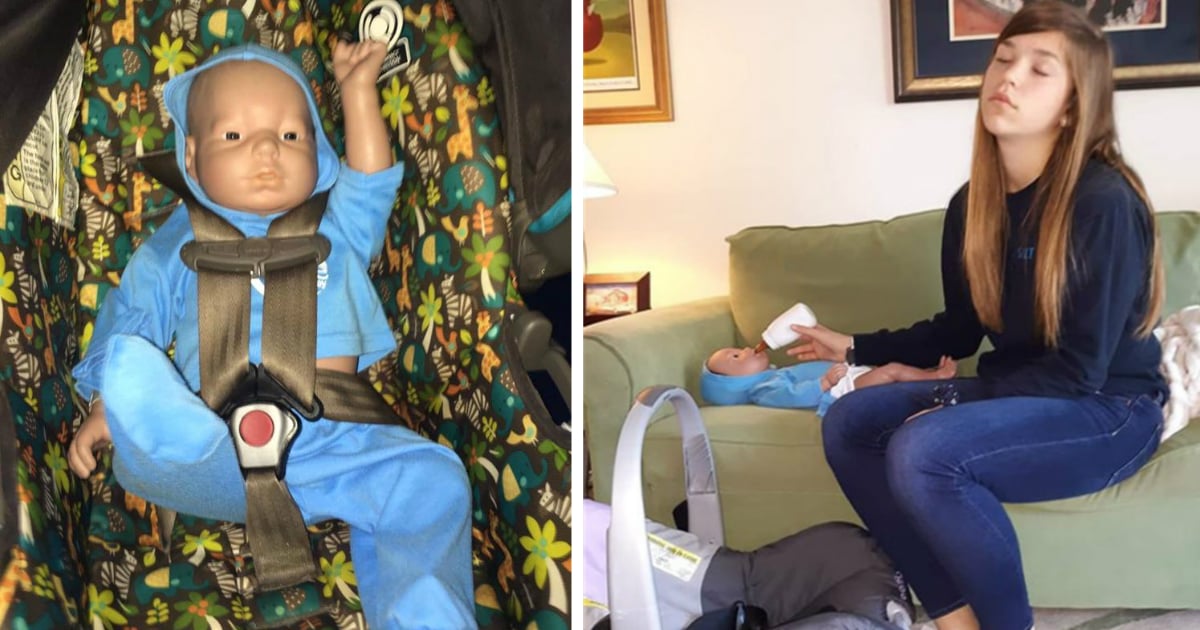 These funny cheer dads refuse to simply watch their little darlings from the stands. The Bucs Cheer Dad Bod Squad put on their own impressive dance routine at the 2019 Grand National Championship by the Sea in Virginia Beach, Virginia.

A group of fathers called the Bucs Cheer Dad Bod Squad is supporting their little cheerleaders in the cutest way!

Not only do these devoted dads show up to watch their children at every competition, but they also get together for their very own routines.

These funny cheer dads devised their own elaborate cheerleading number. And one day of the championships, they showed off their skills in front of the crowd. From basket tosses to cartwheels, these fathers had clearly been paying attention at their kids’ practices!

Their routine was such a hit, the championship personnel invited the Bucs Cheer Dad Bod Squad back the next day for an encore performance!

The crowd erupts into cheers as soon as the lights come on and the music starts.

But these funny cheer dads weren’t just there for laughs. Move after move, they prove their intricate choreography and stunts is based around true cheerleading skill. And I, for one, certainly wasn’t expecting this group of dads to be so good!

Aside from their impressive skill, the Bucs Cheer Dad Bod Squad are clearly having tons of fun. And their daughters are probably right there in the crowd, cheering them on as loud as they can. You can’t help but smile watching this incredible routine.

There’s a lot of love out on those mats. And we just love seeing fathers like this, who aren’t afraid to show their softer side to support their children!

The Bucs Cheer Dad Bod Squad couldn’t stay away on Day 2! They came out for an encore performance at the 2019 GRAND National Championship by the Sea in Virginia Beach, VA! Let’s hear it for the most spirited Dad Bod Squad! #cdextreme #DadBod #DadBodSquad

YOU MAY ALSO LIKE: Daddy-Daughter Dance to Justin Timberlake Can't Stop the Feeling