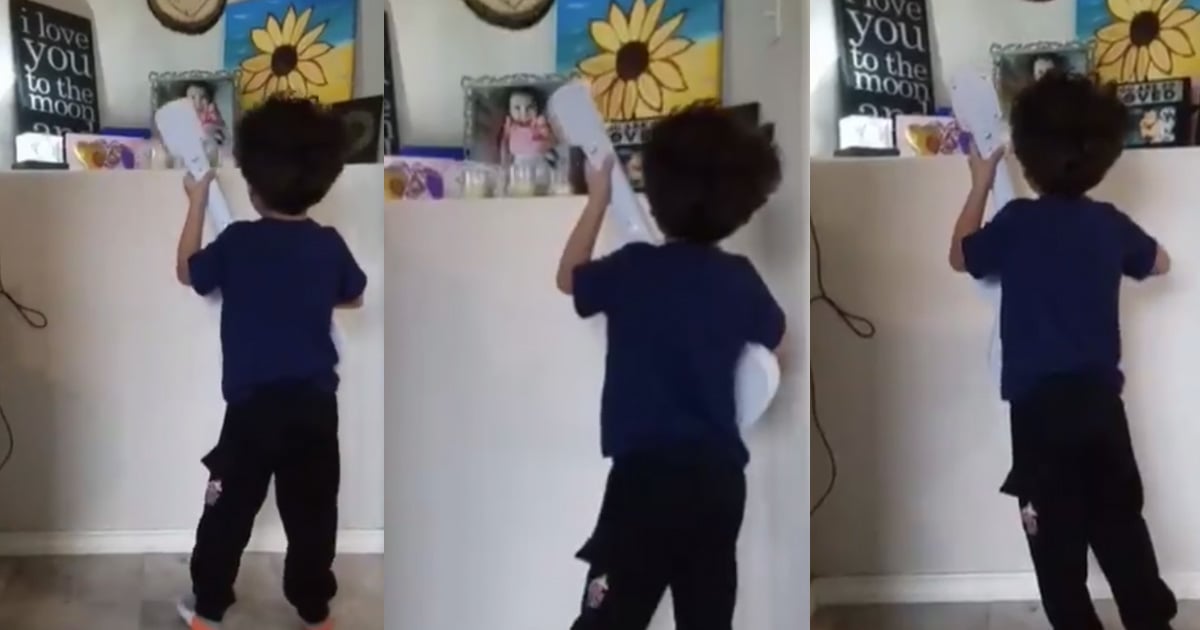 When construction worker Jeff noticed 88-yr-old Gloria in a hospital window, he sent her a sweet note of encouragement. What she wrote back shocked him.

"I saw the lady at the window looking out. I thought it would be a kind gesture just to tell her to get well," Jeff said. "…didn't think much of it, I just tried to make someone feel a little better."

After a bout with pneumonia, Gloria Porter was recovering at the hospital. She passed the time by watching the steel and iron workers outside her window. The renovation to the hospital was underway with the workers redesigning the front entrance which was visible from Gloria’s third floor room.

Gloria found herself particularly nervous for the workers one of the days as it was exceptionally windy, snowy and bitter cold.

“This one guy looked over at us and waved, so we waved back,” Porter said.

That’s when Gloria noticed something unexpected. Jeff had taken some chalk and scribbled a quick message to the “lady in the window”.

“I looked down on the beam and he had written, ‘Get well.'” 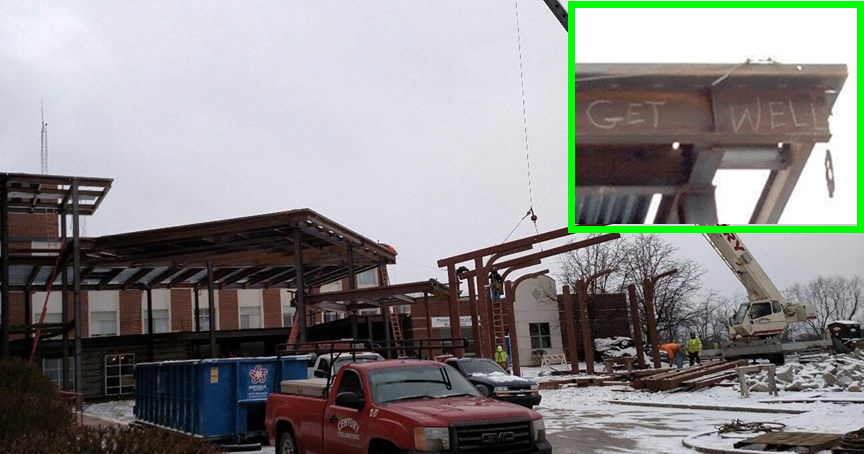 She thought this worker’s simple message was so sweet. Gloria decided to make one of her own. With the help of the nursing staff, she located a blank piece of paper and wrote her own message back: “Stay safe”

They taped the message up on her window in hopes that the workers would see it. When Jeff looked up and saw those simple words, he was blown away.

“That sign kind of crushed me. I don’t know how she knew ‘Stay safe,'” Reick said. “It’s kind of like ironworker lingo to stay safe. When I saw ‘Stay safe,’ in the window, I kind of snapped my head around and said (to my coworkers), ‘Did you see that?'”

Thankfully, Gloria was discharged from the hospital a day later. But not before hospital and steel workers took photos of Jeff and her messages to one another. Then the photos were shared online and began making an impact on those who heard the story.

The next day a woman stopped by the construction site. In her hand was an envelope of money so that the steel workers could buy lunch. It just happened to be “Random Act of Kindness Day”.

RELATED: Act of Kindness for Woman Stuck in the Snow Restores Faith in Humanity

Of the experience, Jeff shares that he hopes it will brighten someone’s day.

“I just try to lead by example and be a good person. I just hope everybody would do things like that because the world is not a very nice place,” Reick said.

h/t: WTAE
YOU MAY ALSO LIKE: An Act of Kindness To Pay Off School Lunch Debts Left Volunteer Speechless