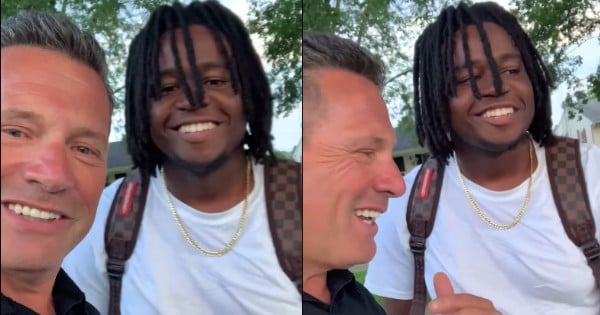 Before leaving this world, dying 27-year-old Holly Butcher gave the rest of us some powerful advice in her ‘Note Before I Die.’

We all know death is inevitable. And yet, we don’t expect it to come so early for many of us. Holly Butcher from New South Wales in Australia certainly falls into the category of “too young to die.”

Doctors gave Holly the terrible news when she was just 26 years old. She suffered from Ewing's sarcoma — a rare form of cancer in and around the bones that mainly affects young people.

“It's a strange thing to realise and accept your mortality at 26 years young,” she wrote in the opening of her ‘Note Before I Die.’ “It's just one of those things you ignore. The days tick by and you just expect they will keep on coming; Until the unexpected happens.”

Holly’s diagnosis came as a shock to her family, as well. The active, vibrant young woman seemed to exude good health.

To hear she was living with a ticking time bomb inside of her seemed impossible.

“She embodied good health,” Holly’s brother, Dean, explained. “As a dietitian, she ate all the right foods, she exercised regularly and didn’t drink much alcohol. But that’s the thing about cancer. . . it’s non-discriminatory.”

Doctors gave Holly no hope. The stage 4 cancer had already spread to most of her body and the outlook was grim.

Living To The Fullest

Holly could have easily become bitter. But this beautiful, young lady swallowed the horrible news with grace. She worked hard to make the most of the time she had left.

“She didn’t let it get the best of her,” Dean says. “Despite the immense pain she was in, there was always something she looked forward to. . . throughout the whole ordeal, she was just so tough and resilient.”

Holly didn’t want to die. But rather than fear it or run from the truth, she surrendered to her fate and made the most of it.

It’s natural to pray for healing after receiving this type of news. But by the time Holly was 27, it became clear she wouldn’t find her healing in this world. And staring death in the face tends to put things into perspective.

So, the thoughtful young woman sat down to write a ‘Note Before I Die’ to all those she was leaving behind. And in it, Holly passed along some powerful advice for all of us. And though years have passed since Holly penned these words, they hold a timeless truth that’s just as relevant today. Here are the key takeaways.

Life is a gift:

“I always imagined myself growing old, wrinkled and grey- most likely caused by the beautiful family (lots of kiddies) I planned on building with the love of my life. I want that so bad it hurts. That's the thing about life; It is fragile, precious and unpredictable and each day is a gift, not a given right.”

“I just want people to stop worrying so much about the small, meaningless stresses in life and try to remember that we all have the same fate after it all so do what you can to make your time feel worthy and great.”

Focus on the positive and let go of the rest:

“Those times you are whining about ridiculous things, just think about someone who is really facing a problem. Be grateful for your minor issue and get over it. It's okay to acknowledge that something is annoying but try not to carry on about it and negatively affect other people's days.”

Appreciate and take care of what you DO have:

“I hear people complaining about how terrible work is or about how hard it is to exercise – Be grateful you are physically able to. . . Appreciate your good health and functioning body- even if it isn't your ideal size. Look after it and embrace how amazing it is. Move it and nourish it with fresh food. Don't obsess over it.”

“Give, give, give. It is true that you gain more happiness doing things for others than doing them for yourself. . . Buy your friend something kind. . . Use your money on experiences. . . Or at least don't miss out on experiences because you spent all your money on material [things].”

Live in the moment and be present:

“Try just enjoying and being in moments rather than capturing them through the screen of your phone. Life isn't meant to be lived through a screen nor is it about getting the perfect photo.. enjoy the bloody moment, people! Stop trying to capture it for everyone else.”

“Remember, if something is making you miserable, you do have the power to change it – in work or love or whatever it may be. Have the guts to change. You don't know how much time you've got on this earth so don't waste it being miserable. I know that is said all the time but it couldn't be more true.”

Holly offers plenty more words of advice, so be sure to check out her full ‘Note Before I Die’ on her Facebook page.

‘Note Before I Die’ Goes Viral

Holly’s family shared the powerful letter just after Holly passed away. And her words of wisdom spread like wildfire, with over 150,000 shares.

Incredibly, Holly’s brother Dean had asked his sister, just a few weeks before her death, if she had any final wishes.

“She happily replied, ‘No. I was going to live a simple life. I didn’t have big plans. I just wanted to live happily.’ Those were her exact words because I recorded the conversation so I could listen to her voice afterward,” Dean explained. “It is therefore incredibly ironic, that a woman content with life's simplicities. . . has had such a huge impact. She left us with a powerful message that has resonated with people from all walks of life and from all corners of the globe. That will always be her legacy.”

We so often lose sight of just how blessed we are for each moment of life. God’s mercies are new every morning and each day is an opportunity to do good. In Holly’s honor, let’s all make today count!

Be sure to share this story to encourage others to appreciate life!

YOU MAY ALSO LIKE: Loved Ones Honor This Late Teen By Writing On Her Casket

“Whereas you do not know what will happen tomorrow. For what is your life? It is even a vapor that appears for a little time and then vanishes away.” James 4:14

LISTEN: Husband Leaves A Heart-Wrenching Goodbye Letter To His Wife And Then He's Gone | Story of How Luke Smallbone Saw the Lifeless Body of His Son And It Inspired ‘Need You More'