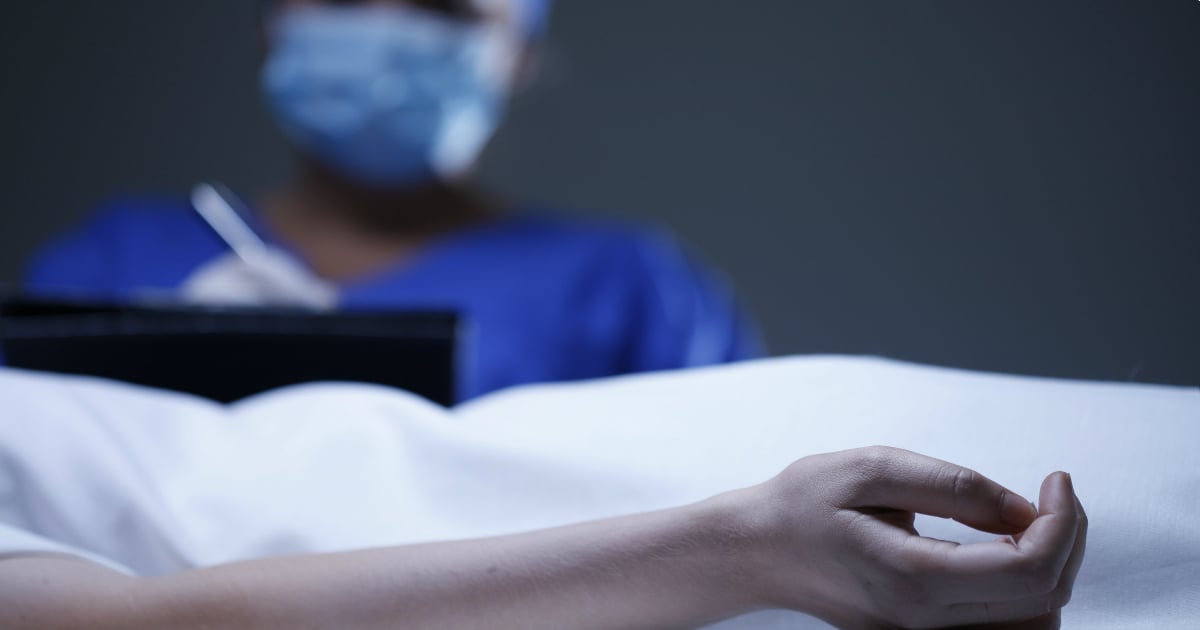 Beth Johnson always dreamed of becoming a professional dancer. She was well on her way until a horrific accident brought her dream to a screeching halt. Doctors had little hope for Beth, after the accident left the dancer brain dead. They even told her mom to say goodbye. But then, God used a last ditch effort to bring about a miracle!

Beth Johnson (21) took up dancing when she was three years old. Her love for the art of dance never dwindled. Beth studied at a dance academy right up until the day of her tragic accident. In fact, doctors believe Beth’s fitness level from dancing is what helped her to survive at all. 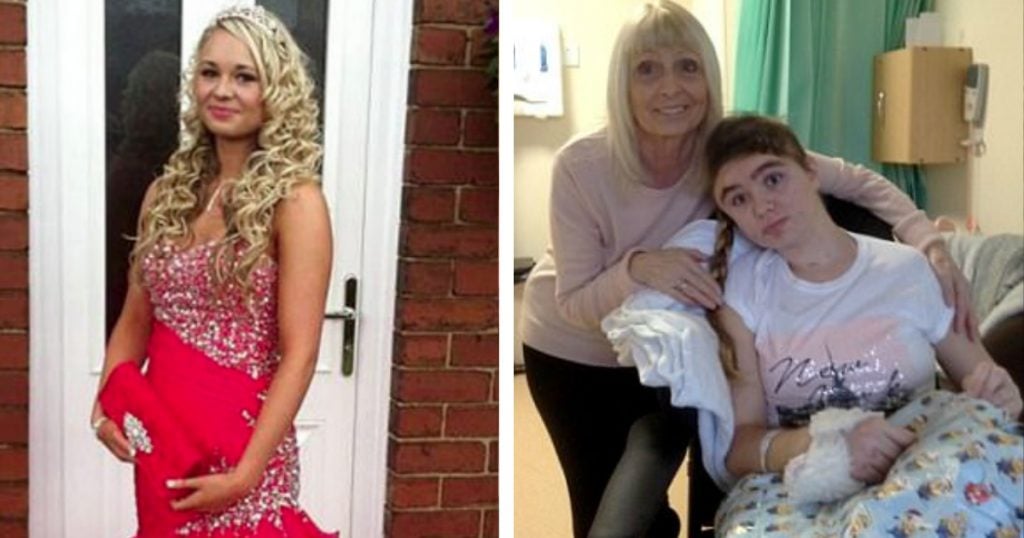 A car hit Beth, leaving her with seven skull fractures, a broken eye socket, collarbone, and pelvis, as well as a collapsed lung and three slipped discs in her back.

“I suffered such a serious head injury that my brain scans showed no activity and my family were told to say their goodbyes,” Beth says.

For Beth’s mom, it was the worst news possible.

“I was in hysterics,” her mom, Lynne, said. “I couldn’t comprehend the thought of losing my only daughter.”

As a last ditch effort, doctors decided to remove and rebuild the front part of Beth’s skull, hoping to relieve some of the pressure on her brain. They brought a bone match in from Australia and reconstructed what the accident had damaged. 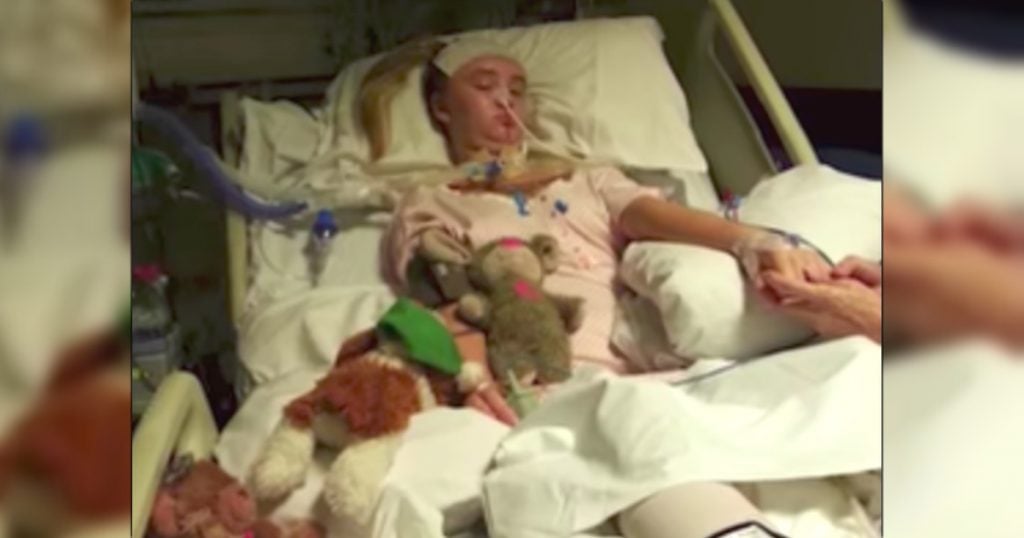 After the surgery, doctors were still reluctant to expect much improvement.

“We were told Beth would be severely brain damaged and to expect the worst,” Lynne recalled.

But as days and months passed, Beth’s family became hopeful.

Beth opened her eyes for the first time six months after the accident. It was an amazing moment.

“At first she was really confused as to why she was in hospital but we did our best to explain and used a memory board to help bring back some of her memories,” Lynne said.

Beth had to relearn how to walk, talk and eat.

“At first I used a type writer style device that would speak for me,” Beth recalled. “It was frustrating as I knew what I wanted to say but I couldn’t speak.”

It’s been a long process, but after two years in the hospital, Beth has made remarkable progress. 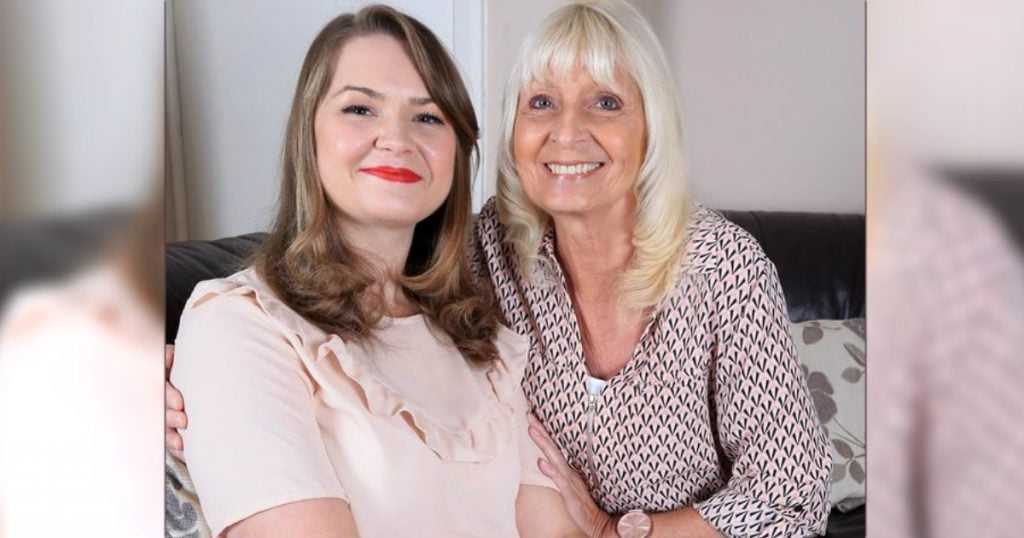 “My recovery is nothing short of a miracle and I’m so thankful to all the doctors and nurses that helped save my life.”

Beth is now back home with her mom, and back in college, studying health and social care. There’s a chance Beth may never recover 100%, and she still has severe memory problems. But she’s already come so much further than ever expected.

“No one thought I’d ever speak again, let alone walk and be studying at college,” Beth says.

The accident forced Beth to put her dreams of being a professional dancer aside, though she still hopes to be a dance teacher at some point. But for now, Beth is focusing on the bigger calling God’s placed on her life.

“I miss being a dancer,” Beth says. “That wasn’t the right path for me to go down. So, I’m here for a reason. And that reason is to help people with brain injuries.”

Beth shares her story to help inspire and encourage others who’ve experienced serious brain trauma. And all of the hard work she’s poured into recovering is truly an inspiration.

“I hope my story shows that miracles do happen,” Beth says. “I’m living proof of it.”

With God, nothing is impossible. Be sure to share this story today with someone who needs that reminder!