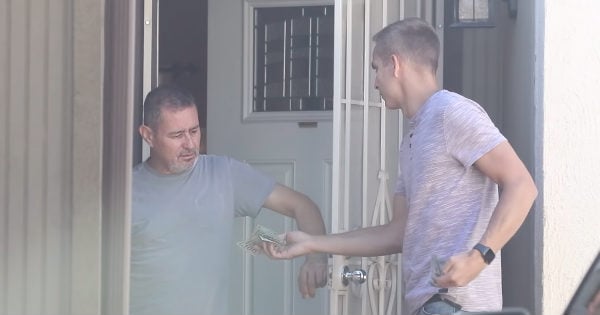 Alistair Blake was dead 90 minutes. Everyone had given up hope — police, paramedics, even his wife. But then, suddenly, he came back, earning himself the nickname of Lazarus from medical staff. And his recovery is truly a miracle story!

Melinda and Alistair Blake of Australia were spending some time in their vacation home when the unthinkable happened.

RELATED: Woman Went To Heaven And Came Back After Her Heart Stopped And Now She's Sharing Her Story

Melinda awoke in the middle of the night and thought her husband was snoring. But when she returned from the bathroom, she realized the noises she’d heard were something far more serious.

Alistair had turned blue and was unresponsive. It turns out he’d suffered cardiac arrest due to a blocked artery and he would spend 90 minutes dead.

But little did Melinda know, God had been preparing her for this moment!

Just 3 weeks prior, Melinda had brushed up on her first aid training with a refresher course. So, after calling emergency services, she immediately started performing CPR. She knew it was going to take the paramedics a while to make it to the beach house.

“I knew he was dying, that we were in trouble and I was on my own down at the beach house,” Melinda explained.

Even after paramedics arrived, nothing seemed to be bringing Alistair back. They spent more than an hour working on him. But after 8 shocks from a defibrillator and the administration of adrenaline, everyone thought he was gone.

After all, he’d been dead 90 minutes.

"When he was dying on the floor I was saying to him ‘c'mon, c'mon, you have to be a pa, you have to be around',” Melinda said. The couple, married for 30 years, were about to become grandparents.

But next, something that can only be explained by God happened!

Husband Comes Back From The Dead

Paramedics were wrapping up. Police were explaining to Melinda how they’d been working on Alistair for a long time without success. She was imagining having to tell their 3 children their father was gone.

But then, after being dead 90 minutes, Alistair’s chest started shaking and his pulse suddenly returned!

They rushed Alistair Blake to the hospital, where Profesor Jamie Layland and Professor Ravi Tiruvoipati performed surgery to unblock the artery. They gave Alistair a pacemaker and defibrillator and watched in amazement as he recovered fully.

“In Alistair's case [he was dead for] nearly one hour and 30 minutes — him surviving to this extent is remarkable,” Professor Ravi Tiruvoipati said. 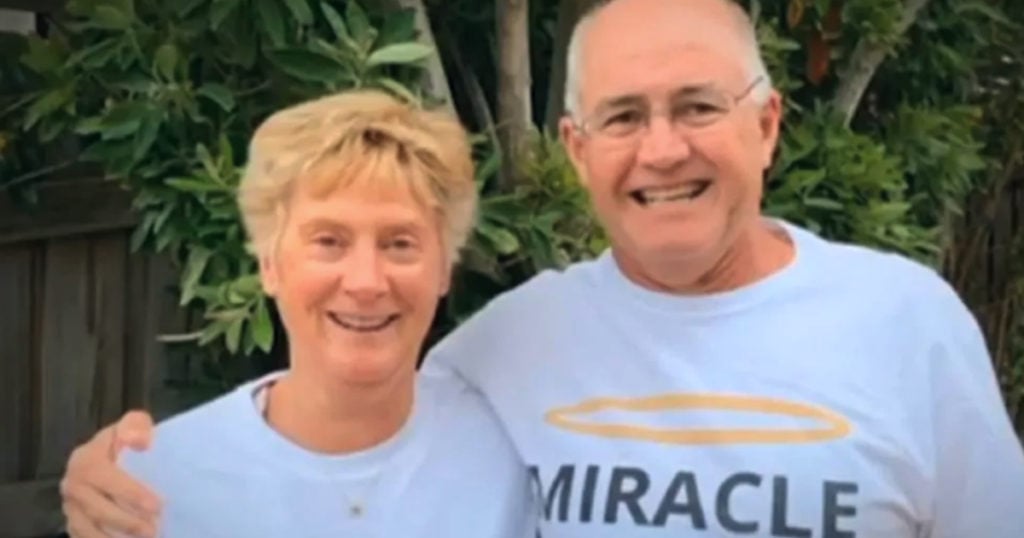 Alistair suffered no brain damage or lasting side effects. He’s since gone on to celebrate his 60th birthday and welcome a new granddaughter. And after being dead 90 minutes, there’s no medical explanation for this kind of recovery.

"This is a guy that by all accounts should be dead but he's alive and has made a miraculous recovery," Profesor Jamie Layland said. "I actually nicknamed him Lazarus because literally he was dead and they were just about to pull out and stop treating him. In those few minutes, he came back."

And Alistair knows he’s been given a gift.

“I feel it is a miracle that I am as fit, able and healthy as I am compared with the potential of what I could have ended up being,” he said.

This inspirational short story is such a powerful reminder that our God still performs miracles today!