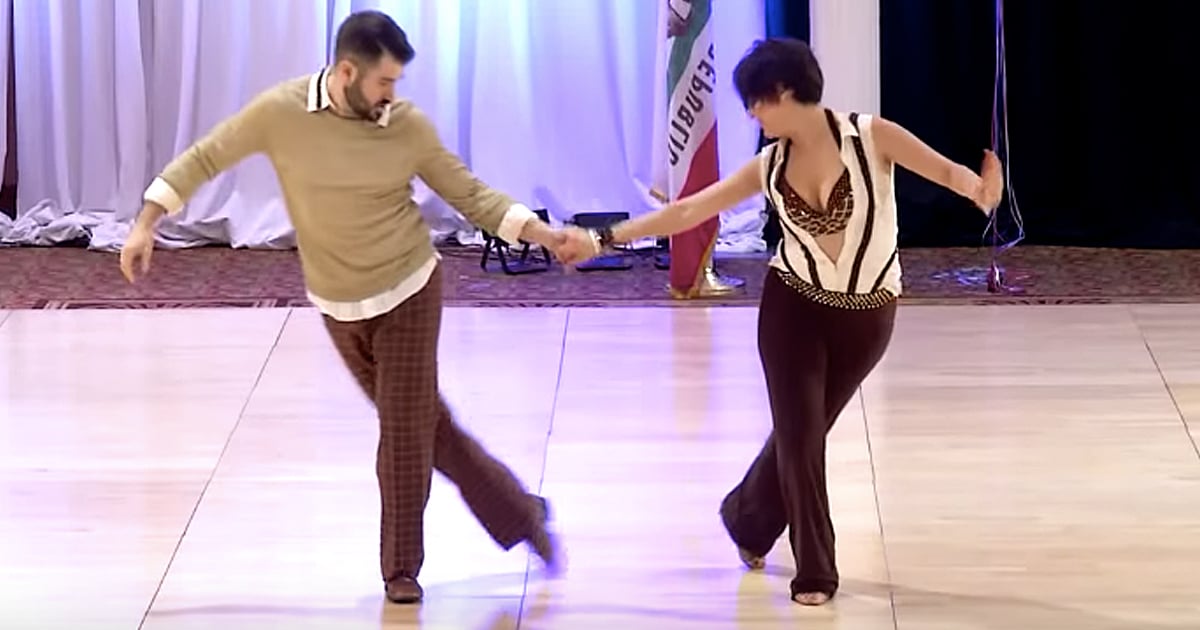 Things were hard after Liz Dunn gave birth to deaf-blind triplets, only made harder when her husband walked out. But while Liz, her oldest daughter, and the Dunn triplets have endured plenty of heartache and struggle, the unrelenting spirit of this mother’s love is what makes their story so inspirational.

Liz Dunn and her husband already had a 3-year-old daughter, Sarah, when they found out Liz was expecting triplets. The news came as a surprise as Liz wasn’t on any kind of fertility treatment and didn’t have a history of multiples in the family. It also proved too much for an already strained marriage. Liz’s husband ended up walking out.

RELATED: True Story Of Stephanie Nielson, Mom Burned So Badly In Plane Crash Her Own Children Didn’t Recognize Her

Liz went into labor in 2000 with her triplets and gave birth to Zoe, Sophie, and Emma Dunn after only 25 weeks of pregnancy. This caused a complication called Retinopathy, which impacts the retinas.

As a result, all three of the Dunn triplets suffered some level of blindness following their premature birth.

Sophie is legally blind. She has tunnel vision and can see colors and shapes. Zoe can distinguish between light and dark. But Emma cannot see at all.

And the news broke Liz’s heart.

“It was like getting hit by a Mac truck,” she recalled. “I just fell to the floor and just wanted to disappear. I just couldn’t believe that this had happened to my babies.”

The single mom surely felt all alone, but God was there and at work the whole time!

Liz threw herself into caring for the triplets and was making progress in coping with their blindness. They were starting to learn to walk and even saying some words like “cup” and “mama”.

But then things got even more challenging.

Apparently, medications the triplets received in the NICU to treat sepsis damaged the hair cells on the cochlea. As a result, the Dunn triplets lost their hearing around two years old, making them the first deaf-blind triplets. The term deaf-blind describes a person who is both partially or fully blind and partially or fully deaf.

And again, the news that her triplets were deaf-blind was a huge blow for Liz. 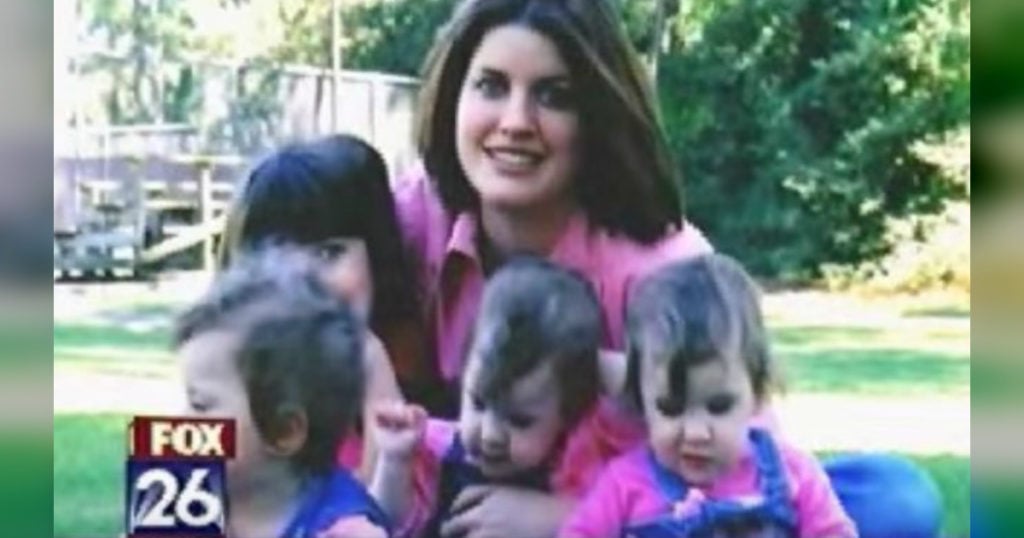 The transition to both silence and darkness was hard for Zoe, Sophie, and Emma, too. The damage to their ears was also throwing them into bouts of severe vertigo.

“They also became mistrustful during this time,” Liz recalled. “They would get scared when you picked them up off the floor, they always seemed to be on edge.”

WATCH: Liz Dunn Talks About When TRiplets Lost Their Hearing

To help, the deaf-blind triplets received cochlear implants. But it would take years and a lot of work to overcome the significant setback in their development.

Liz just wanted to care for the triplets, but the diagnosis of deaf-blindness made it feel impossible. She also knew their full-time special needs stole attention from her oldest daughter, Sarah.

“She just had this maturity about her; that she understood they were sick and they needed the care, and she was going to take care of herself,” Liz said.

Though Sarah’s self-sufficiency was a blessing, it also left Liz guilt-ridden over the fact that her Sarah was often an “afterthought”.

RELATED: True Story Of Father's Fight To Save Newborn Triplets Mom Wants To Give Up

That’s when Liz Dunn connected with George Hooker, a former college boyfriend. She just called him because she needed to talk. But things progressed from there and the relationship was a God-send. George became the love, support, and helping hand Liz so desperately needed.

Despite all of the challenges they faced, George fell in love with Liz and her daughters. He even proposed after a little over a year of dating and the two married.

Their bond is constantly strained and tested by the struggles they face each day. In fact, it’s what eventually landed them on the Dr. Phil show.

Through the challenges, Liz says there are also some pretty incredible moments.

"Those first steps were like watching them win the marathon,” she says. “They work so hard for every little gain. The highs are higher.”

But even with George in the picture, the greatest struggle is the needs of the triplets greatly outweigh what the couple can give. It’s a round-the-clock, non-stop job.

“I thought it was going to be hard, but I didn’t know it was going to be this hard,” George says. “They are a 24-hours-a-day, seven-days-a-week, full-time job. It never ends. There is no free time. There’s no time off for good behavior. There are no sick days.”

Blindness makes it difficult for the Dunn triplets to discern night from day, so it’s so easy for them to get off schedule. Feeding time is always a mess. The girls get food everywhere. So, there’s constant cleaning up after them and frequent baths and diaper changes.

“Having deaf-blind triplets is going to bed every night and knowing that I didn’t do enough,” Liz says. “There is no way for me to give them everything they need."

Even so, this inspiring mom refused to give up.

“We’re not quitters though and we are making slow but steady progress,” Liz said. “I just pray that God will fill in the gaps where I couldn’t.”

That’s where the Dr. Phil show came in.

Liz and George Hooker appeared on the Dr. Phil show in 2007 and 2010. With the help of Dr. Phil, the couple was able to start a foundation and raise funds to provide assistance from skilled interveners.

"Dr. Phil raised money and awareness," Liz said. "That is when the difference started. Interveners came and worked with the girls full time. They are the happiest deaf-blind kids. Now we can smile a little more"

An intervener is someone specially trained to help the deaf-blind triplets learn to process and function in the world around them. It’s a modern-day role modeled after how Anne Sullivan helped Helen Keller.

“Helen Keller’s life proved that deaf-blind people can learn and contribute to society," Liz said. "That’s made a huge difference in how the girls are educated.”

The Dunn triplets also drew the attention of Houston-based filmmakers Cory Hudson and James Paul. They produced a documentary about the girls called Through Your Eyes, dividing the proceeds between the Deafblind Children’s Fund or to a trust for the triplets.

WATCH: Through Your Eyes Documentary On Deaf-Blind Triplets

Life for this family has been unbelievably challenging. But their perseverance and enduring love for each other has inspired so many.

The Dunn triplets turned 19 in 2019. Unfortunately, there isn’t any information on how they or their family are doing. But we certainly pray their lives keep improving and their love keeps growing!