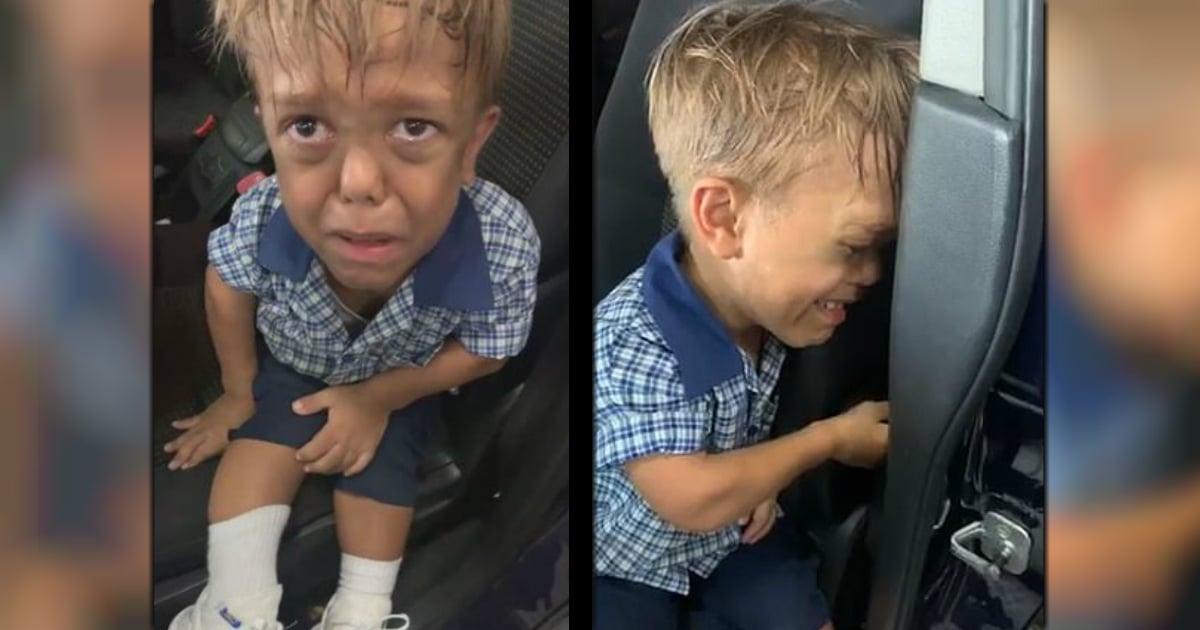 Anguished Mom Shows The Heartbreaking Reality For A Victim Of Bullying: ‘I Want To Die, Right Now’
Read Article »

A disfigured dog named Brodie suffered the unthinkable as a puppy. But now, he's busy helping humans with disabilities and his story is so inspiring!

Beauty is in the eye of the beholder, is how the saying goes. No one is born "perfect." Neither are animals. A dog named Brodie was disfigured when he was a puppy, but now he's busy helping humans with disabilities.

RELATED: Phoenix The Dog Seen Roaming The Streets And Folks Feared The Worst But Just Look At Him Now

Who says you have to look "good" to do good?

When he was only 13 days old, Brodie was attacked by his own mother. The end result was permanent disfiguration to the puppy's face and partial blindness. Despite the physical limitations, Brodie has a much greater story to tell the world.

The border collie and German shepherd mix is now with his loving owner, Amanda, and her boyfriend, Brad. Everywhere they take Brodie, the disfigured dog has been generating inspiration and causing smiles.

Brodie has his own Instagram account with 159k followers. His inspiring impact on others knows no bounds!

Amanda and Brad have plans for training Brodie to become a therapy dog.

"We hope to train him to be a therapy dog one day so he can help other people with disabilities."

Before they claimed him for their family, he had another owner. But this person returned Brodie, feeling as though he was "too hyper." So after adopting Brodie, they brought the disfigured dog back to the kennels where they got him.

But before Brodie knew it, Amanda and Brad saw him online and knew he would make the perfect doggo for their family.

YOU MAY ALSO LIKE: Miracle Dog Moose Missing Part Of His Brain Takes Internet By Storm

He continues to grow bigger and older. And though his disability will never change, he can use his different-ness to encourage others, warming hearts, making smiles, and giving people a reason to be grateful.