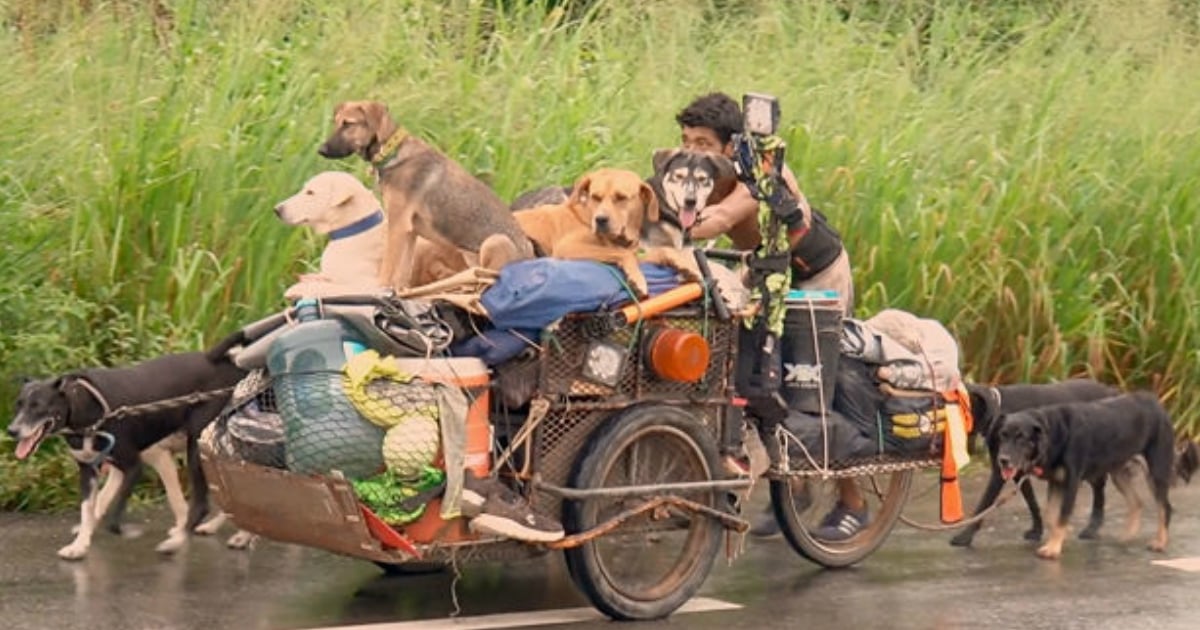 Stray Dogs in Mexico Fill His Cart in the Amazing Story Behind Edgardo Juarez, ‘Savior of the Dogs’
Read Article »

Dr. Kathi Aultman spent years performing abortions until, one day, she realized she’d legally killed more people than the serial killer Ted Bundy. At that moment, God completely changed her heart. Now, the former abortion doctor shares her testimony as a pro-life advocate and has even gone before Congress!

When Dr. Kathi Aultman started out in her career as an Ob/Gyn, she had no qualms about performing abortions.

"I didn't see the fetus as any different from the chicken embryos that I dissected in college," she said.

In fact, Kathi was very pro-abortion. She’d even had an abortion herself.

Kathi had grown up believing that “if you got pregnant when you were young, it would just ruin your life.”

So, in Kathi’s eyes, performing abortions was a way of saving women.

"I felt that I was a woman's advocate, and I was helping women, so I felt I was doing everything right," she said. "And I love taking care of women."

God Sows The Seeds For Change

Kathi’s work in the neonatal intensive care unit (NICU) began her doubts about the ethics of abortions. Her whole mission in the NICU was to save babies. Yet, during abortions, she was ending the lives of some babies who were the same age as those in the NICU.

Even while pregnant, Dr. Kathi Aultman continued to justify her role in performing abortions.

"My baby was wanted. Theirs was not,” she said, “and that was the difference.”

But holding her child for the first time really started putting things into perspective for Kathi.

"After my delivery, however, when I came back to work in the clinic, something had changed in my mind, because I felt a little different all of a sudden,” she explained. “And I was confronted with three patients that basically changed my mind.”

One patient was using abortion as birth control. Another admitted to wanting to "kill it," referring to her baby. And, the third patient cried during the entire procedure.

RELATED: Doctor Urged Raped Woman To Have An Abortion But She Chose Life

"The fact that they were unwanted was no longer enough justification for me to kill them," Kathi said.

Even after all this, Dr. Kathi Aultman still wasn’t ready to call herself pro-life. Her views on abortion had changed, but she still considered it the “lesser of two evils.” She stopped performing the procedure, but wouldn’t speak against it.

“It took God a long time to completely change my mind," she said.

But finally, the day came where Kathi’s eyes were opened for good.

One day, while reading an article comparing abortion to the Holocaust, things clicked for Dr. Kathi Aultman.

"When I became a doctor, I couldn't understand how the German doctors could do what they did until I read that article," she said. "They could do it just like I could kill babies because we didn't consider them human."

For the first time, Kathi was herself as a “mass murderer.”

"I thought, ‘Oh my gosh, I've killed a lot more people than Ted Bundy, but it wasn't illegal,'" she said. "And that was when I became pro-life."

God had been trying to get Dr. Kathi Aultman to see the truth for some time. Kathi’s heart changed completely, and so did her life!

A Message Of Hope

Now, the former abortion doctor uses her testimony to advocate for pro-life practices. In fact, she’s even testified before Congress on the Heartbeat Protection Act, which forbids abortions after six weeks of gestation when a baby's heartbeat can be detected.

The way God brought Dr. Kathi Aultman to her pro-life stance has also given her a special heart for women who have had abortions.

“I don't think any woman can have an abortion and remain unscathed. You can't kill your child and not have it affect you,” she said.

The purpose behind this former abortion doctor’s testimony is to help women spiritually and emotionally.

YOU MAY ALSO LIKE: ‘Unplanned' Actress Ashley Bratcher Learns Dark Secret: ‘I Was Almost Aborted'

“We really don't know how much it [abortion] affects women, because most women don't report,” Kathi says. “They need to be supported, they need to be loved. They need to understand that we have a forgiving God who can forgive even that, and I think that's a hard thing for many women to understand.”

What a powerful reminder the promise found in Romans 8: 38-39:

“For I am certain that not death, or life, or angels, or rulers, or things present, or things to come, or powers, or things on high, or things under the earth, or anything which is made, will be able to come between us and the love of God which is in Christ Jesus our Lord.”